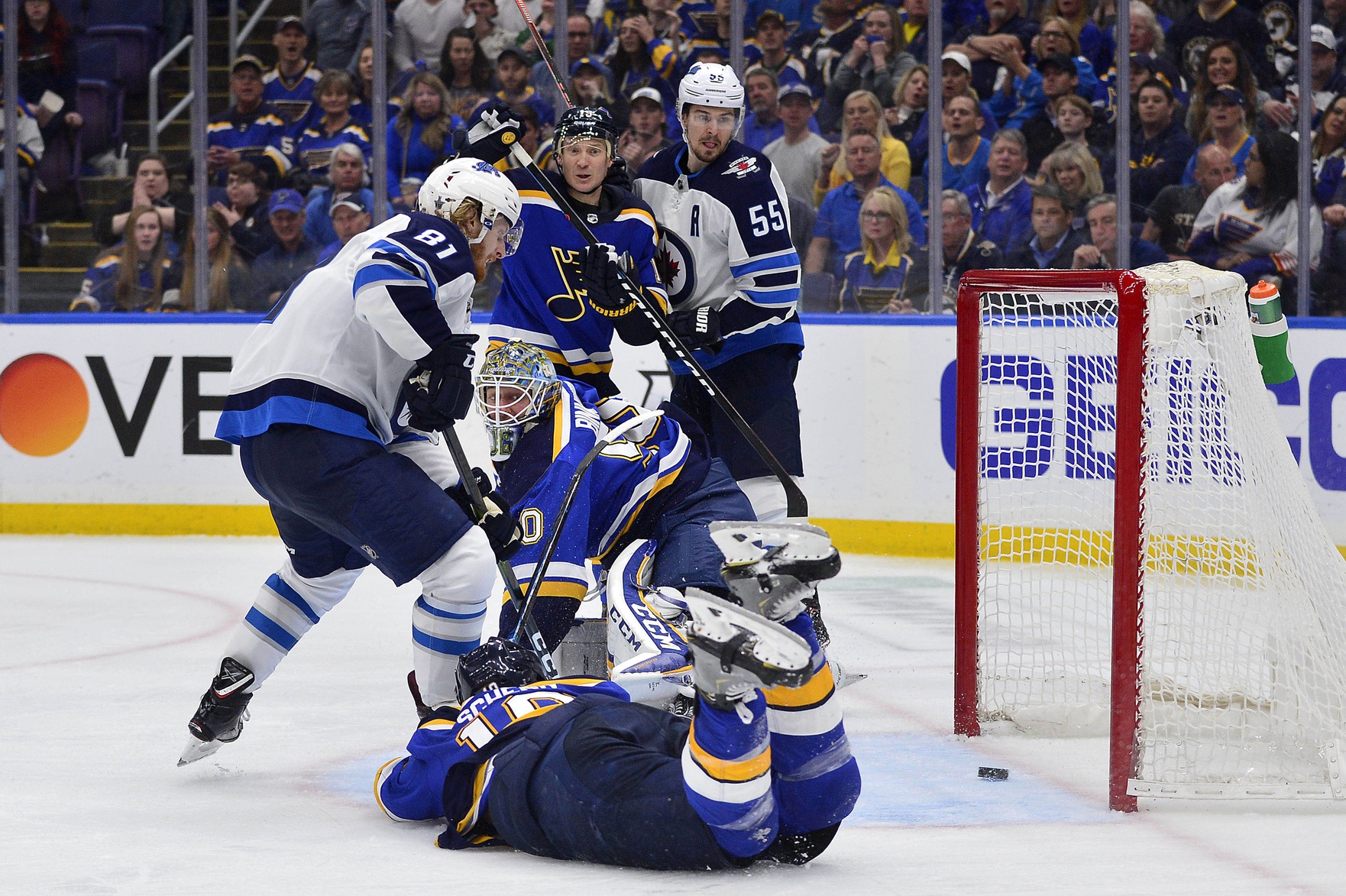 The St. Louis Blues jumped out to a 2-0 series lead against the Winnipeg Jets thanks to two impressive road efforts. After arriving back in St. Louis, the Blues developed some ugly habits that have resulted in the series reaching a 2-2 tie after four games. What happened?

The Blues have carried a bit of a Dr. Jekyll and Mr. Hyde complex for ages. They’ll look outstanding on the road in a hostile atmosphere and then shrink into a shell that looks scared, overpower and overwhelmed at home. Such is the case in the current playoff series.

Game 3 and Game 4 saw the Blues look uncomfortable against the Jets. While the Jets seemed confident in executing their game plan, the Blues entered a reactionary phase where they looked lost on the ice. The Jets used their size and speed to create space in the offensive zone.

Meanwhile, the Blues have developed a nasty habit of leaving Jets players wide open around Jordan Binnington‘s net. Blues players are drifting towards the puck, forgetting / ignoring the Jets player who has moved into open space. Patrik Laine has benefited from this development the most, scoring three goals in the series’ first four games.

There’s also a clear advantage when comparing the top lines.

It’s hard to win hockey games when the other team’s top line is beating your top line by roughly a two-to-one margin.

The Blues have to find an answer to the Jets’ size and speed. Those are two of the Jets’ best attributes, but the Blues need to figure out a way to nullify those skills as they did in Game 1 and Game 2. At home, the Jets pummeled the Blues nearly every time they have the puck along the boards. Every check felt like a bruising hit, forcing the Blues to turn the puck over or to make an errant pass.

The series is tied 2-2, but it feels worse than that following the deflating play at home with a 2-0 lead. But, the Blues have shown a level of resilience this season that shouldn’t be written off quite yet. In order to turn things back around, they’ll have to quickly forget these new habits and push back against the surging Jets.