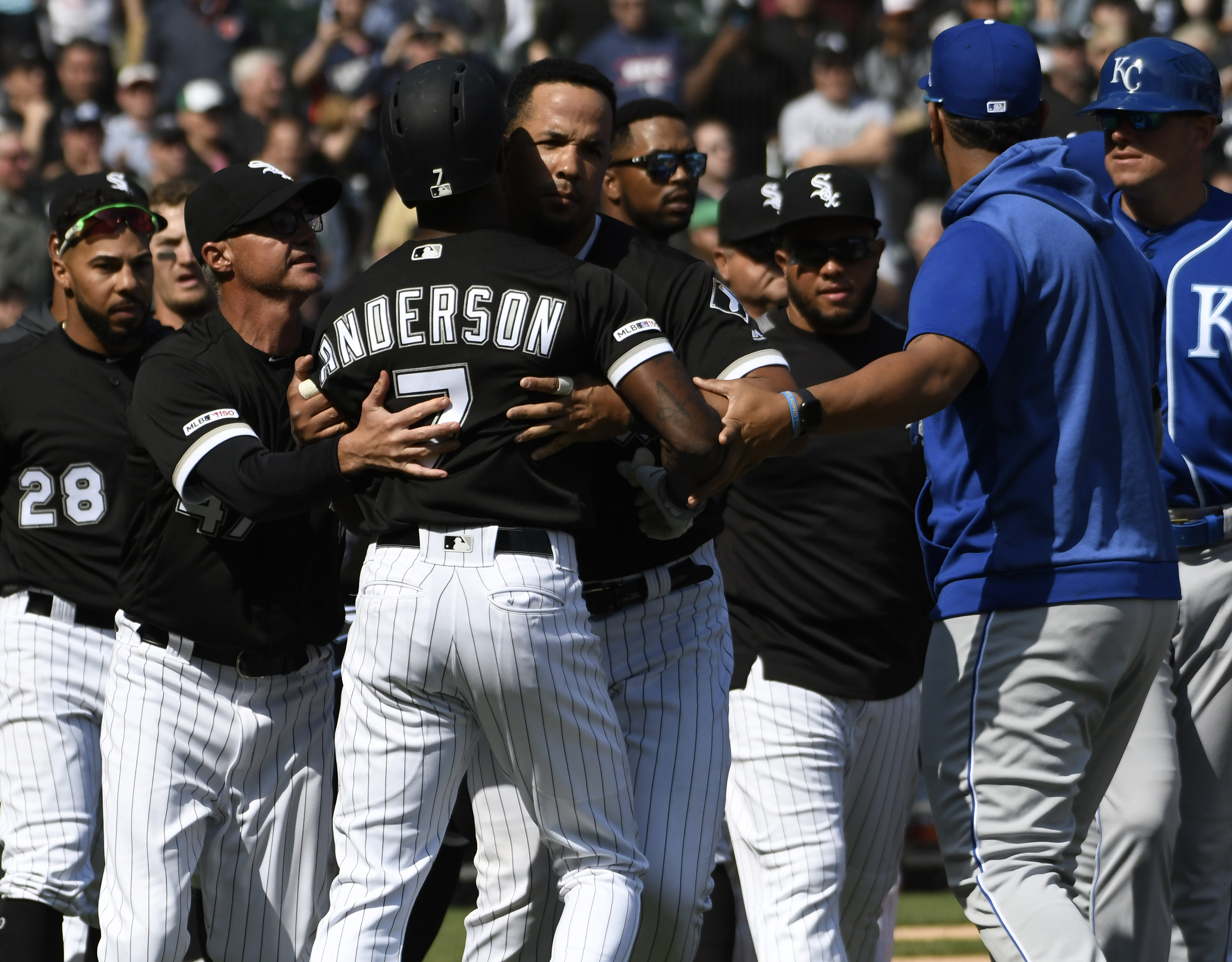 White Sox infielder learned a lesson about showboating during Wednesday’s game against the Royals.

Anderson crushed a two-run homer earlier in the game, and he was quite animated about it afterward, celebrating with an epic bat flip — which, to be honest, was more of a bat throw.

That didn’t go over well with the Royals, so right-handed pitcher Brad Keller later drilled Anderson in the butt with a pitch in the sixth inning. That sparked this bench-clearing altercation.

Both Anderson and Keller were ejected, as well as White Sox manager Rick Renteria and Royals coach Dale Sveum.