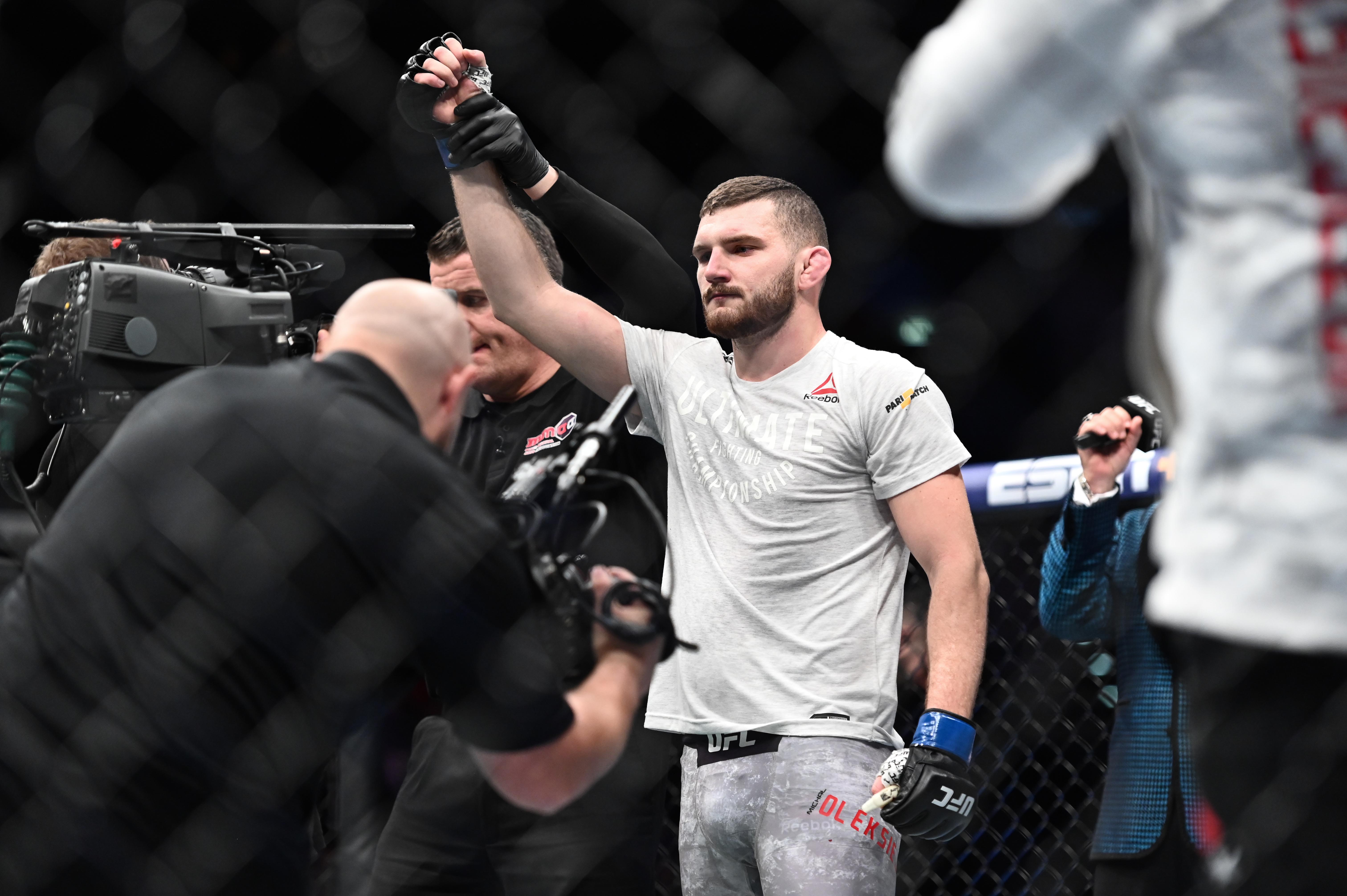 When the UFC heads to far away nations, the cards tend to get filled with a lot of names that you may not have heard, and may not even know how to say. While this one isn’t the easiest off your tongue, it is one you should get used to saying.

Oleksiejczuk has only stepped into the UFC cage twice, but the level of opponent he has handled has been top notch. After beating down Khalil Rountree for three rounds, Oleksiejczuk took out tough veteran Gian Villante with a body shot. Those power shots are fairly typical of an Oleksiejczuk fight, although he prefers shots from ground and pound over the standing work.

Although he has two fights that he dominated in the UFC, they were well spaced apart. However, the two and a half years he’s been in the UFC with only two fights is really just the beginning of why some people aren’t sold on him yet. The biggest reason is that he popped positive from a USADA test, voiding his win over Rountree. That’s left some hoping he loses and others unsure of how he would bounce back. He seemed to answer the latter half of that against Villante.

Gadzhimurad Antigulov had a lot of hype following him after a 2-0 start in the UFC. However, he quickly showed that if he is not able to hold his opponent down, he’ll have trouble. Being that Oleksiejczuk is such a tough wrestler, I somehow doubt that Antigulov is going to have any significant amount of time in top control. On the contrary, I expect him to get beat at his own game.