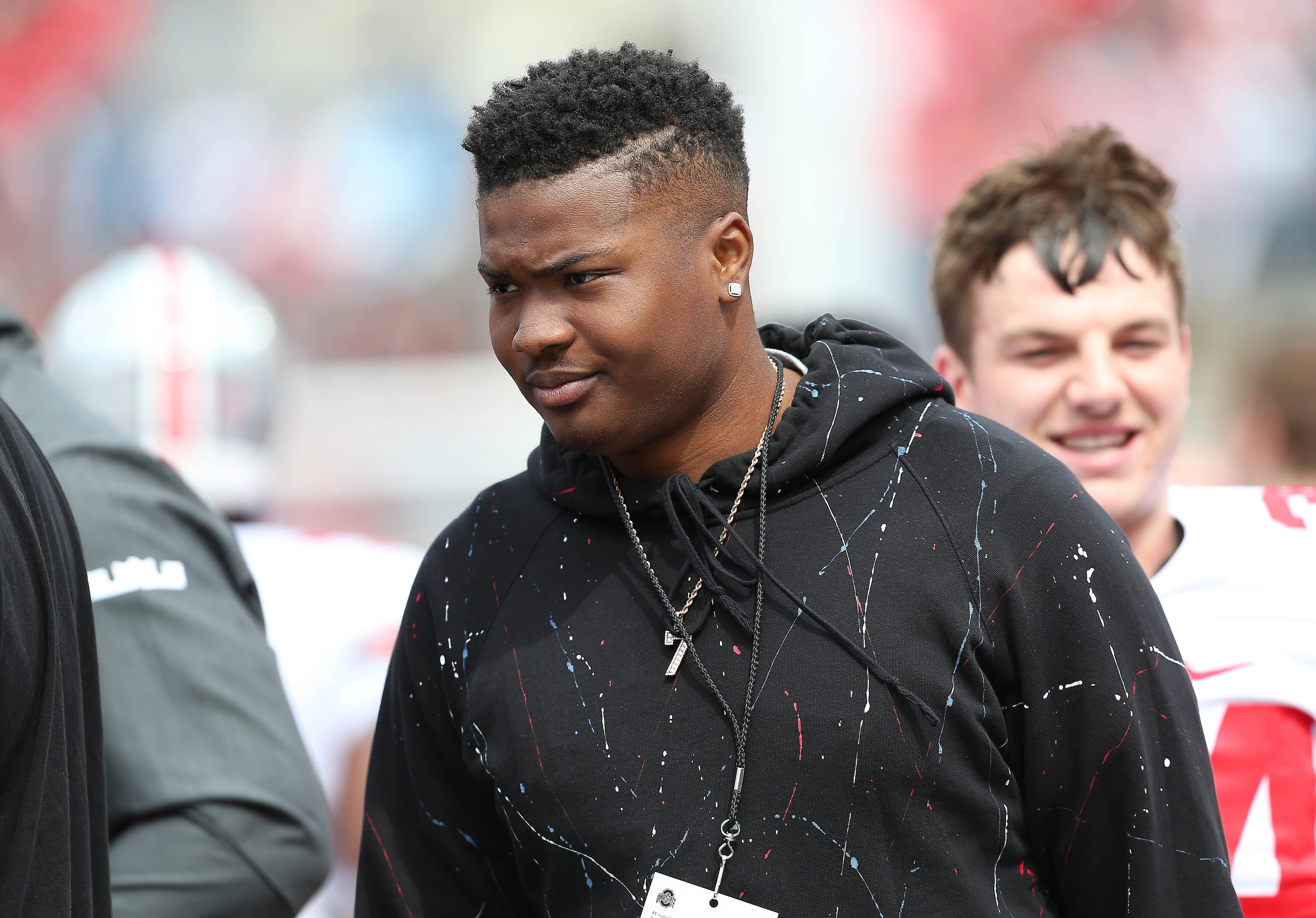 The 2019 NFL Draft is only one week away, and the talk of certain players’ stocks rising or falling has really picked up, as it usually does this time of year.

There’s a lot of buzz about Duke product Daniel Jones’ stock rising, which isn’t a huge surprise, as the knock on his arm strength seemed to be inaccurate, if you go back and watch his tape. Jones can make all the throws, and he’s going to be a first-rounder, the only question is exactly how high teams are willing to go for him.

As for Ohio State product Dwayne Haskins, it appears teams may be going in the other direction, as far as how they view him. Haskins isn’t mobile, and that does present issues in today’s NFL, as it’s difficult to win with a pure pocket passer. Teams that don’t have stout offensive lines may look to go in a different direction, as keeping Haskins upright may be difficult. As such, there’s been talk that Haskins — who was once projected to be a top-10 pick — is seeing his stock fall. He didn’t appear to be fazed by it, though.

“I can’t look at that stuff. It drives me crazy,” Haskins told Ian Rapoport of NFL Media. “But the biggest thing is, I just got to control what I can control and keep getting better every day, and I feel like I can be a Hall of Fame quarterback and win a whole bunch of Super Bowls. … But I have room to grow and I’m just going to continue getting better and not necessarily worry about what guys are ranked ahead of me or what guys are ranked behind me, because I’m going to be one of the best. So that’s all I’m focused on right now.”

It does appear Haskins has the right mindset going into the draft. We’ll soon see where he ends up.