Islanders prepping for both Canes, Caps as they wait for second-round opponent 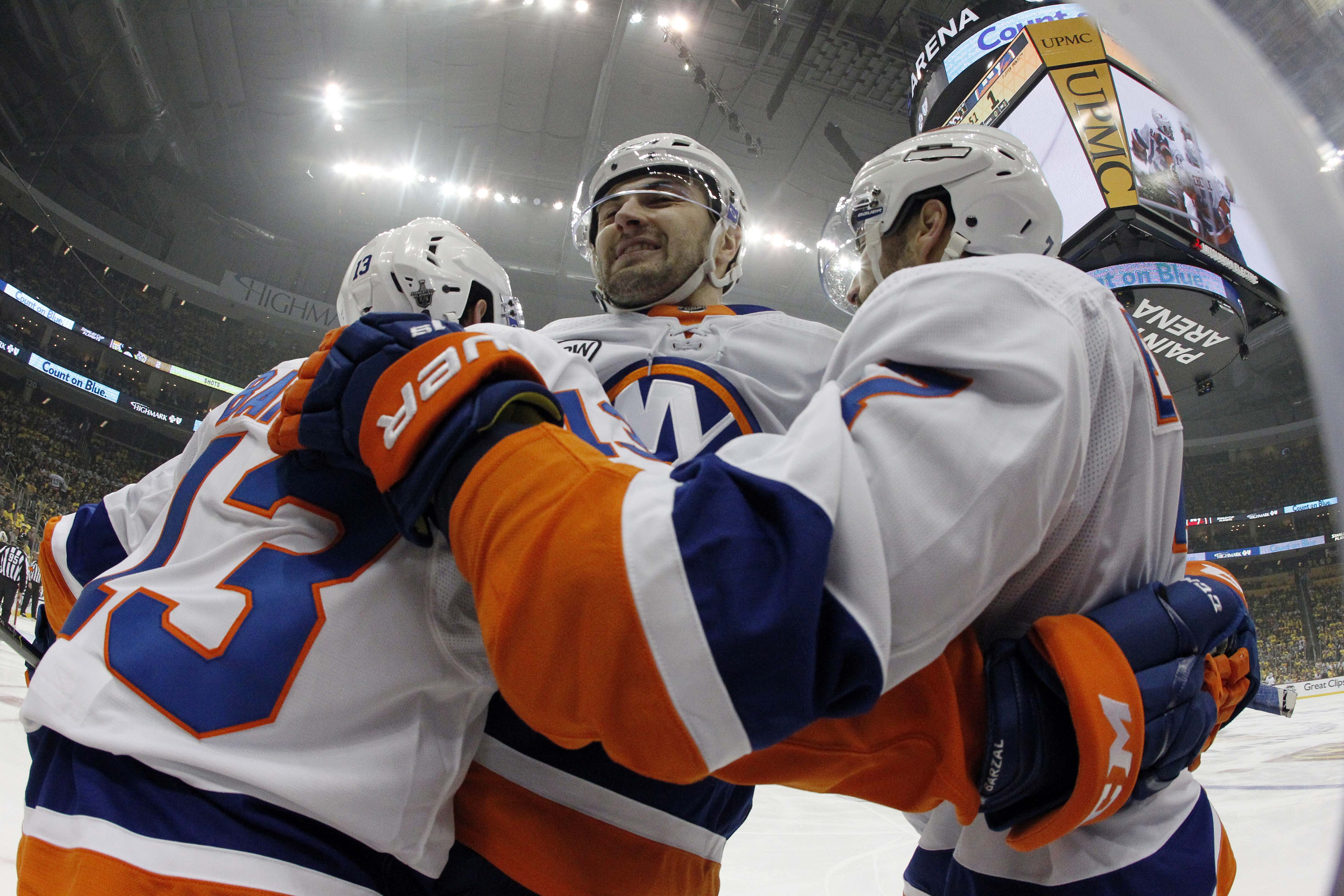 Islanders prepping for both Canes, Caps as they wait for second-round opponent

With no clear indication of who the Islanders could play in the second round of the Stanley Cup Playoffs, Barry Trotz and his staff are doing double the prep work.

The Islanders coach has been paying close attention to the Washington Capitals-Carolina Hurricanes series, which is tied 2-2 after the Canes won on Thursday 2-1. Trotz, having coached the Capitals to a Stanley Cup last year, is quite familiar with Washington, so he has taken a particular interest in getting to know the Hurricanes a bit more.

“I know Washington fairly well,” Trotz told reporters on Thursday at the Islanders practice facility. “I’m weighted right now to watching Carolina a little bit more because I just don’t know them quite as well. I’m preparing for both. It’s double the work, but I think it’s actually a good exercise. It keeps you sharp on both sides.”

Whichever team the Islanders end up facing in the second round will not be an easy opponent. The Hurricanes are a tough team that surged in at the end of the year to make it into the playoffs and have given the Capitals a hard time all series.

A series against the Capitals also comes with a hundred and one storylines revolving around the Islanders head coach. Not only did Trotz coach the Capitals to the franchise’s first Stanley Cup last season, but prophetically stated that his former team would have to go through the Islanders to repeat as champions.

“Everybody is going to be asking me the same question over and over a thousand different way and I’m not looking back,” Trotz said. “I don’t regret anything. I’m looking forward to the competition of whoever we play, but if it happens to be Washington then they’re the opponent.”

The earliest the Islanders would know who they’d be facing in the second round would Monday. The Capitals-Hurricanes series has the potential to go all the way to Wednesday.

For the time being, the only thing the Islanders can do is wait. They have had the past two days off since sweeping the Pittsburgh Penguins on Tuesday.

They will return to the ice on Friday for practice at Northwell Health Ice Center.

The Islanders coach is confident that the downtime won’t impact the Islanders edge as they wait to see who their opponent in the next round will be. Trotz said that he could see the focus of the team by the way they celebrated Tuesday’s series-clinching win.

“That’s what I took out of it is they were focused and businesslike,” he said. “From my standpoint, they didn’t climb the mountain so they weren’t acting like they climbed the mountain. They know that the next task will get harder and harder.”