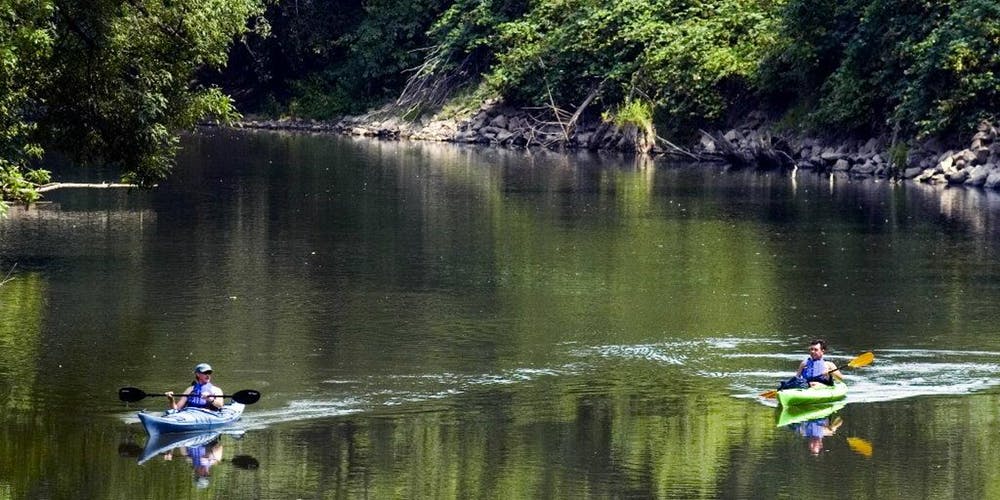 One quick look on a freeway overpass shows a continuous stream of traffic. Not the tributary we’re looking for though, so good thing they built a bridge over that deluge — wouldn’t want to get swept up in that. Not today for the currents of work haven’t rushed us in that direction. Got river on the mind. The flow of a river, and not the streaming of data, or anything else.

Plopping a canoe or kayak on the water is a compliment to the flow of the river. Joining the river by the use of a small water craft just breaks its surface to buoyant you like a fellow bobbing water fowl resident—paddling along.

Take me to the water!

Freedom is gained in letting loose on the open water. Two feet on land are influenced by the flow of your mind, but the river takes over some of that responsibility, once you push off into its depths. Whoosh.

The Tualatin River startles down the heave of the coastal hills for around 83 miles. According to dailystoke.com, Tualatin is one of the top kayaking destinations in North America. Distilling into its elder Willamette. Its pilgrimage journeys through the ethereal valley, a section named after itself: the Tualatin Valley. Life feeds off the river of an already fertile valley, and that abundance gives full reception to the state-of-the-art — soul.

The Tualatin River Water Trail is a 40 mile proliferation of botany. Rood Bridge Park in Hillsboro on one end, and the Lake Oswego Corp. diversion dam on the other. A generative 40 miles of aquatic habitat open to paddlers. Less houses, more country, and a wildlife refuge soothes you down to the ripples of a trout jumping.

Log jams, stumps, and drift wood protrude out in different angles, shapes, and sizes in ways more than snags; bonafide wood sculptures. With lofty broadleaved, and conifer trees keeping the river plentifully hedged on both sides. And the surface of the water waveringly reflecting the sight in its own greenish perspective.

Primordial mud and clay plaster the river bank. Receptive to the prints of animals who stamp tracks when quenching their thirst. While a slipping hazard for us, and as well a wholesome incense. However a few parks have constructed public access docks, and moreover this puts some water between mud caked shoes and you, or in a worst case scenario, forced mud bath.

After you’ve launched off it is the ebb and flow of breath, paddling, and river current that gives this sport its rhythm. Certainly various rowing styles also, like the Viking, the Lewis and Clark, or the Brave are used. What tonality depends on your limber mood. Yet the Tualatin mellows out the brusque zing of life, and eventually you’ll give in completely, and float without a care.

Even more, sun rays spiff up the river scape into a suit of luminosity labeled splendor. Catch the Tualatin looking its best on a sunny spring day. Brand new plant threads of spring gleaming and growing in the solar lights.

All in all, the Willamette is the crowded public swimming pool compared to the Tualatin, and the Tualatin is only a ten minute drive outside of Portland. Multiple access points allowing for various sections of the 40 mile trail to be open for kayak and canoe exploration. Further, the middle of the river trail has a wildlife refuge lasting for several miles. Miles I say! Go forth.