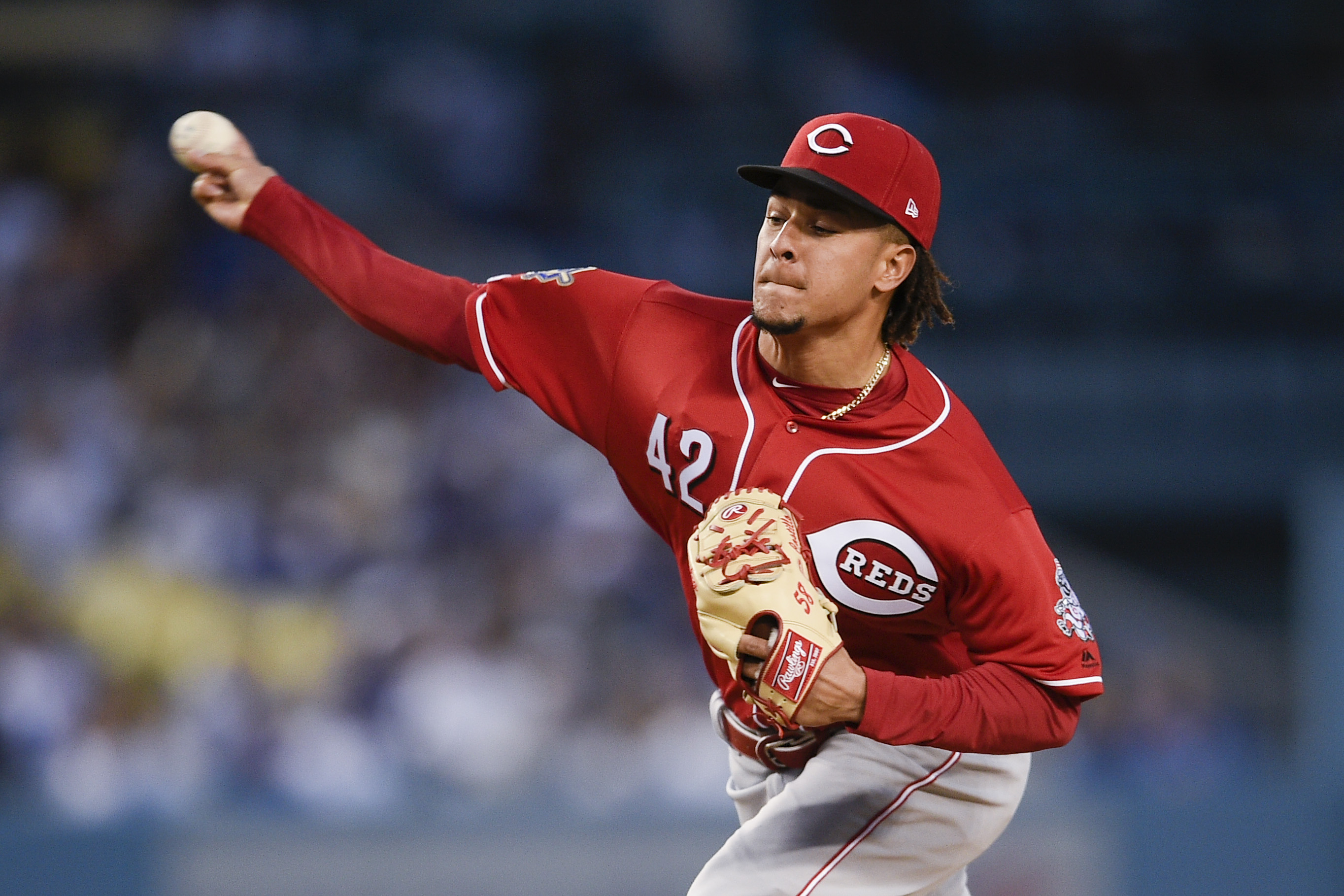 The Cincinnati Reds revamped their roster over the winter with hopes of competing in a very deep National League Central division in 2019. But entering Thursday’s games, the Reds are in last place and six games out of first with a 5-12 record. Only the Miami Marlins have more losses in the Senior Circuit (4-15).

One dude who has far exceeded expectations in the early going, though? That’d be starting pitcher Luis Castillo. Through the 26-year-old’s first 24.2 innings, he’s posted a 1.46 ERA and 0.89 WHIP with a 33.3% strikeout rate and 13.5% walk rate. This performance has produced a 0.9 fWAR, trailing only Max Scherzer (1.0) for the NL lead at the moment.

As one can imagine, Castillo is finding success in just about every aspect of his game. MLB.com’s Sarah Langs puts his early-season numbers into perspective for us:

The 2019 campaign is Castillo’s third in the big leagues, but his second full season. During this short time, it’s become abundantly clear that his changeup is his best weapon. He’s also realized this because his pitch mix has continually shifted in that direction since making his debut.

His walk rate is a bit elevated, but it’s not as much of a problem when he’s barely allowing any hits. Opposing hitters haven’t mustered higher than a 66 wRC+ against any of Castillo’s pitches so far this year (four-seamer, sinker, slider, and changeup). Among the pitches he’s thrown at least 70 times, though, the changeup has produced some ridiculous numbers.

The opposition has put together a measly .103/.222/.103 triple slash against it with a 55.6% strikeout rate and a 6 wRC+. The right-hander is also boasting a 32.4% swinging-strike rate with this offering. His slider has actually produced a lower wRC+ (-6), but he’s only thrown it 67 times, while he’s used his changeup nearly twice as often (111 times).

Castillo’s dominance with his best pitch checks out when comparing it to the rest of baseball, too. Among qualified starters, only Trevor Williams (4.8) and Mike Minor (4.6) have registered a higher cumulative pitch value on their changeups than the Reds’ young hurler (4.5), according to FanGraphs. For some perspective, Brett Anderson is fourth place on this list, but his changeup value is down at 3.4.

This is basically a continuation of what Castillo did during the second half of last season, too. He had a rough time prior to the All-Star break, but returned to finish the year on a hot streak. One of the big changes? He lessened his reliance on the fastball and increased his changeup usage.

Cincinnati will already have a tough time climbing out of the hole they’ve put themselves in over the past three weeks. However, they’re witnessing one of their young starters blossoming into a star right in front of their eyes.