Rutherford: "I think our defense is the best it's been since I've been here as a group.” 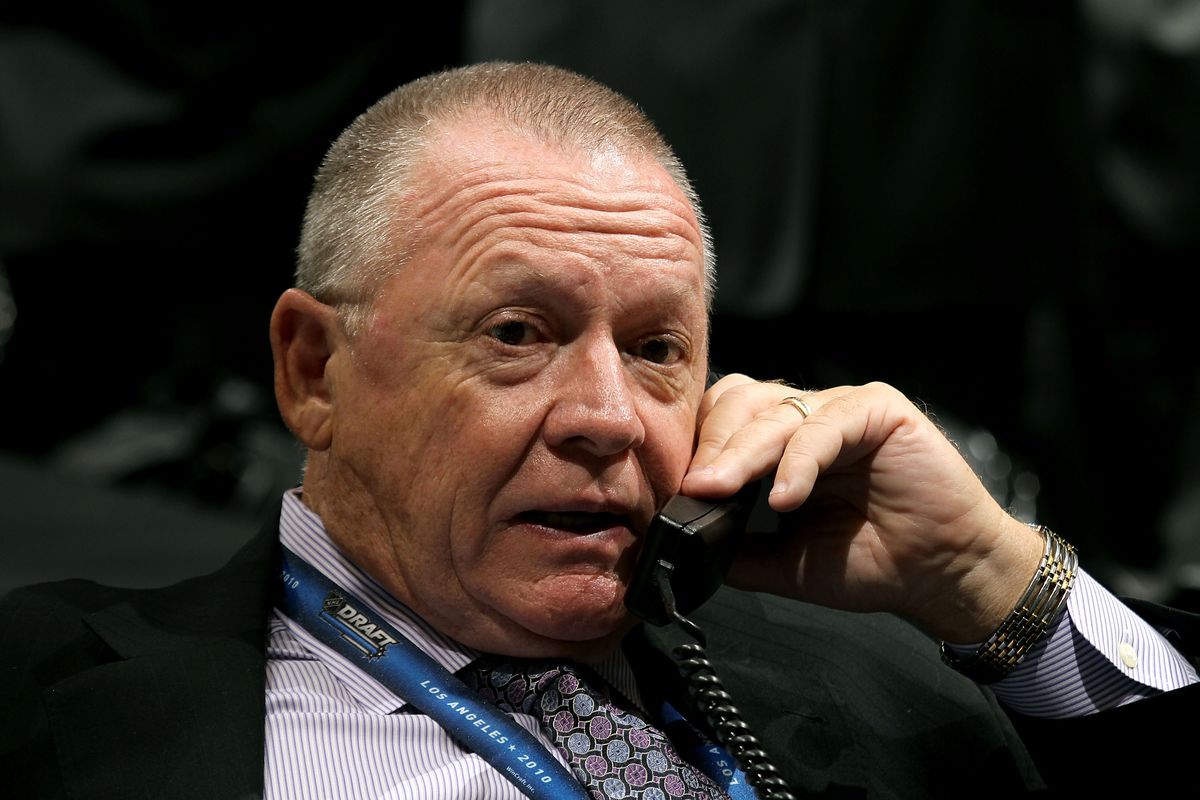 Rutherford: "I think our defense is the best it's been since I've been here as a group.”

It’s locker clean out day for the Pengiuns and you know what that means: extremely boiler plate quotes, injury news (which Peeps will have for you later), and Jim Rutherford holding a press conference.

As a primer to this, Adam Gretz at Pensburgh/NHL on NBC had a great piece yesterday about where things all went wrong for the Penguins.

The Penguins' postseason exit was two years in the making, and it all started on May 28, 2017. That was the day they started to lose their way, and it was before their run as champions even came to an end. https://t.co/PF0GgNd9IT | @NHLonNBCSports

It’s very much worth the read.  At the end, he mentions that this offseason will be telling if management learned anything from their mistakes since the Cup Final in 2017.  And if Jim Rutherford is to be believed, it would appear that they learned jack dick.

Rutherford on D: "I think our defense is the best now that it's been since I've been here as a group. You always like mobile defensemen and guys that can move the puck. We have one on each pairing, and now we have enough push back." -SK

Here's what Jim Rutherford said about speed on defense. Was @BombulieTrib's question: pic.twitter.com/OppcIp40eR

There are a lot of things wrong with this but the cold reality is this: the Penguins are a mess on the blueline and the reason is clear.

It’s because of Jim Rutherford.

This is the same guy that willfully went out and got the likes of Jamie Oleksiak, Jack Johnson, and Erik Gudbranson.  They offer “push back” and very few other things (admittedly, Oleksiak was the definition of “just fine.”)

In a similar manner, same goes for Oleksiak. Sure, he was big and could “move well for his size.” (Code for, wow, he’s not a complete waste of a roster spot, that’s crazy!) But he was a middle-to-bottom pairing defenseman.

Gudbranson, it should be said, was also fine for the Penguins too, but what stands out is the “we have one on each pairing” with respect to puck movers.  The issue with that, of course, is that it means you are stuck with non-puck movers too.    How long can Marcus Pettersson be expected to cover for him and carry him in terms of moving the puck?

That became clear against the Islanders, whose forecheck targeted the puck movers and made the non-puck movers move the puck, which they were simply unable to do.

The results, as you’d expect, were bad.  And the scariest part is that Jim Rutherford has never been known to bullshit to reporters.  If he said it, he probably believes it.

He didn’t stop there, eventually alluding to the Cup winners on this team being “too content” and no longer being a “tight-knit team,” despite he himself trading away players that were either well-liked, could skate, or both, on whims.

Rutherford: "In the years we won we were a team, we were tight-knit team. I didn't see that this year from Day 1. They didn't come together as a team. Maybe guys are too content in their careers having won Stanley Cups." -SK

Translation: he’s going to do something reckless.  Because, reading between the lines with some of Sullivan’s quotes, the team didn’t “buy in” to the coaching staff’s preachings.

we were told jack johnson would make the penguins hard to play against. https://t.co/JczzaRmZte

Gonna be a tough look to try to sell trading Phil Kessel for Justin Abdelkader and Jonathan Ericson because they “buy in” and are “tough to play against.”

#Pens have a good enough core that their problems can be solved in one offseason.

The problem is that the people that made them what they became are probably going to be the ones charged with undoing it.

The other highlight came from Kris Letang today as he sounded right the fuck off on all of his detractors.

I asked Kris Letang if he may need to adjust his style: pic.twitter.com/NHZS6c1rqu

The video itself of the whole thing deserves whatever award they can give for this sort of stuff.  Maybe a Nobel Peace Prize.  I don’t know, you be the judge.

Penguins D Kris Letang took offense to a question about whether he needs to be more responsible with the puck. pic.twitter.com/g3Qqw9hDZL

This is the perfect quote.  With Letang, you take the bad with the good and more often than not, the good outweighs the bad.  When you have such a dynamic player like that, you want him to take risks and want him to play creatively.  Otherwise, what’s the point.  I went into this at length with some video today on Twitter to showcase why Kris Letang needs not change his style.

Turns out, we only have to go back to the lone goal Guentzel scored on the lone point that Crosby produced in the series. Weird.