Saquon Barkley out to prove Giants made right decision to draft him, not QB 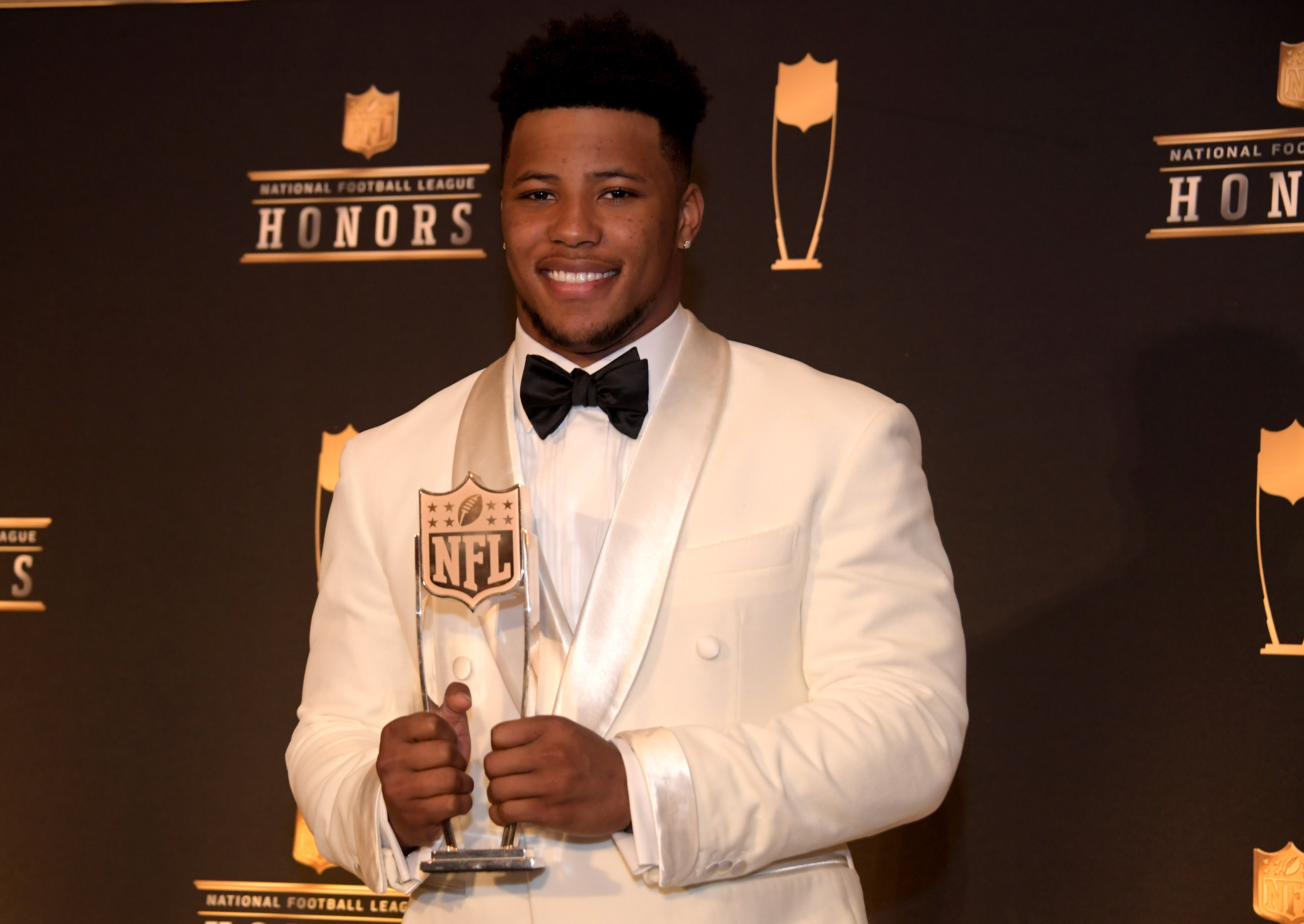 Saquon Barkley out to prove Giants made right decision to draft him, not QB

The Giants have a 38-year-old quarterback set to start under center in 2019, even though they’ve had top-10 picks in the last two drafts, being in a clear position to draft Eli Manning’s successor.

New York hasn’t shown many signs of interest in drafting a quarterback with the sixth overall pick in the draft this year, but that doesn’t necessarily mean they won’t. And let’s be honest, it’s not like they whiffed last year, as they selected running back Saquon Barkley, who took the league by storm, carrying the ball 261 times for 1,307 yards (11 touchdowns).

Even with Barkley’s dominant rookie campaign, there are still those that believe the Giants should’ve taken a quarterback instead, such as Sam Darnold, who showed a lot of promise in his first season with the Jets. Barkley was asked about that decision, and stated that he’s out show the Giants made the right call in 2019 and beyond.

“Yes. I understand that,” Barkley told reporters on Thursday, according to NFL.com. “I don’t care for their opinions or anything, I can’t change those opinions. Not being cocky or anything, but if a rookie of the year doesn’t sway that mindset, then I don’t know what will.”

“My mindset is to continue to prove to the people in this locker room and in this building that they got the right guy,” he said. “Not only the right guy because I can break off an 80-yard touchdown, because there are a lot of people in the league that can do that, but as a guy that can buy in and take that leadership role, I believe that I have been able to show that so far and I have been able to take that to a whole different level.”

Barkley, once again, has the right mindset, as he handled a difficult question — that would’ve upset many others in his position — quite well.