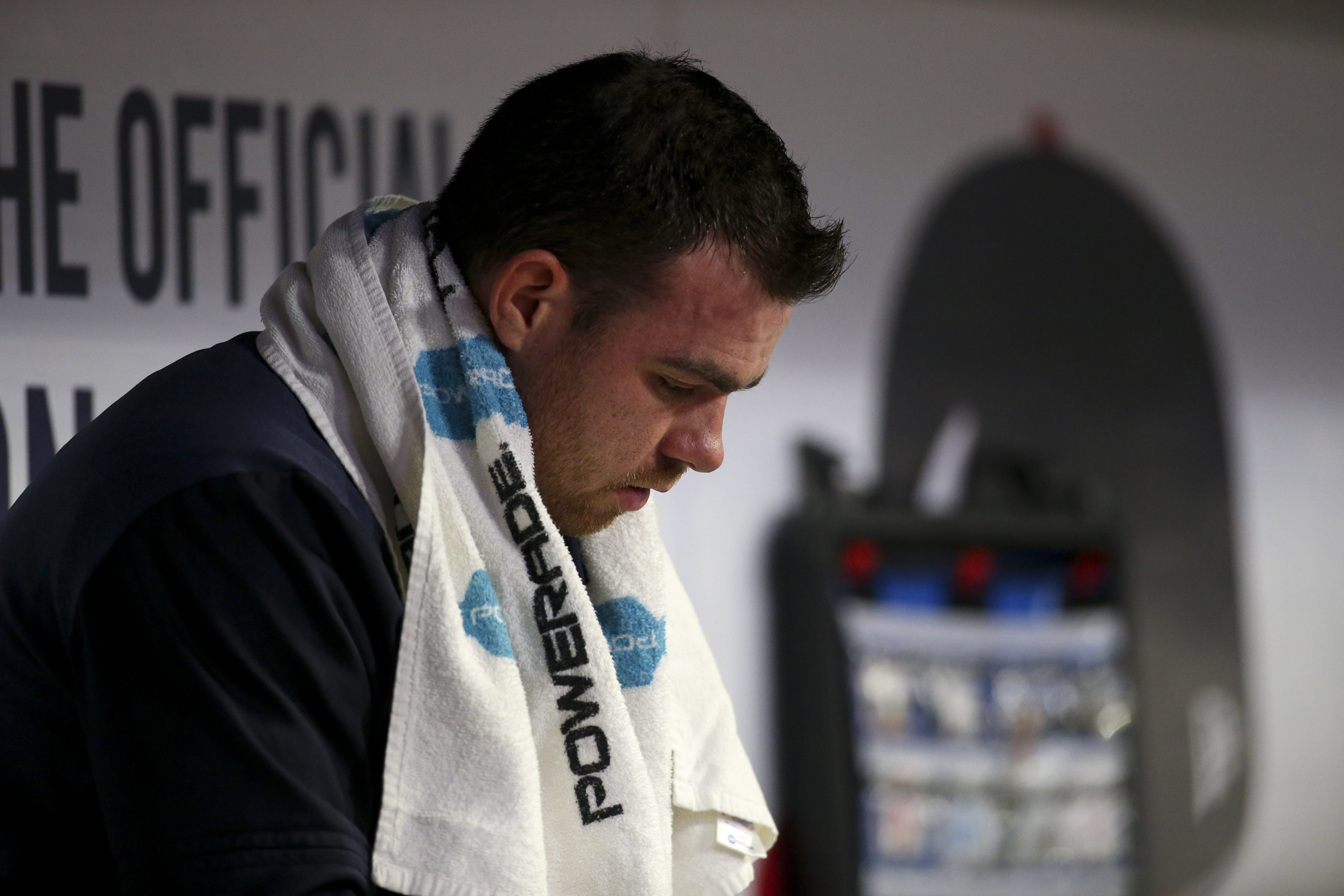 As you well know by now, the bullpen has had a rough start to 2019. While at times, the pen has held up, the more common theme from the beginning of the season less-than-a-month ago until now is walks by the bushel that lead to runs surrendered over-and-over. This came after the Braves failed to address the bullpen during the offseason, which has angered many fans – myself included – who saw a problem and wondered why the pen was not fixed.

We pay money to see these players perform. We pay money to support the team. We are invested. There are many different types of success. For me, I want a winner. I’m tired of hearing about next year. That ship sailed when the team signed Josh Donaldson to a one-year deal. The Braves said to the world, “we’re going for it.” But what followed that Donaldson move was to stay pat and watch a series of relievers sign elsewhere.

Even the high-priced free agent relievers argument is largely pretty weak. Adam Ottavino, Kelvin Herrera, and Cody Allen are doing well in their new digs. Zach Britton’s FIP is right with his career average and Joakim Soria’s isn’t far off. FIP is a great predictor of the future in many cases, by the way.

There were also plenty of lower-cost options that weren’t signed by the Braves that could have helped, were decent last year, and ARE off to a good start (Jake Diekman, Shawn Kelley (worrisome FIP, tho), and Greg Holland to name a few).

Even if you want to make that high-priced relievers argument despite its flimsy floor to stand on, Joe Kelly and David Robertson have a track record that suggests they will turn it around. Shane Carle doesn’t have that. Neither does Chad Sobotka. Hell, Braves fans are asking “why not Wes Parsons?” when other relievers come in. I like Wes and have for a long time. But come on now.

We also saw relievers get dealt this offseason. The Braves acquired none. And the bullpen wasn’t that good in 2018 to suggest bringing everyone back, either. It ranked 7th in ERA, but 14th in fWAR, 16th in xFIP, 10th in WPA, 10th in meltdowns, 14th in shutdowns. Not terrible numbers. Better numbers than the rebuild bullpens. But certainly something you want to improve upon if you plan to contend the following year. And even the high-priced talent the Braves settled on – guys they already had control over – were hardly that impressive. Arodys Vizcaino was 115th in fWAR since the start of 2016. I say, “was” because he’s not improving that number after we found out he would miss the rest of the season. Darren O’Day has yet to even throw a pitch in a rehab game. He’s 106th in fWAR since 2016. Sure, injuries play a role here, but that’s part of who they are, too.

As Alex Anthopoulos told Jon Morosi and Jim Bowden back in November, “we’d love to get another impact guy in the bullpen.” And then…he didn’t. Perhaps the money wasn’t there, though everyone close to the organization promises that money wasn’t an issue. Perhaps Anthopoulos just didn’t value the impact guy he spoke of in a way that the market did. But by him mentioning this, he understood the bullpen needed improvement and nothing was finalized to improve things. Thus, he failed to secure those improvements. The buck stops there.

Oh, sure, we can talk about Liberty Media, but at the end of the day, Anthopoulos saw exactly what we saw. His exact words in that Morosi/Bowden interview were, “we need to get another outfielder.” Okay, so they sign Nick Markakis. After doing so, Anthopoulos used a phrase that now follows the organization:

“Nick coming back on these terms allows us to pursue other things, have financial flexibility to improve the club in other ways.” -Anthopoulos

Anthopoulos next expressed need was “we’d love to get a front-of-the-rotation type guy.” I actually don’t hate on Anthopoulos for failing at this. Getting those type of players is increasingly difficult. Teams almost never let those guys hit free agency and when they do, the scrum for them is fierce. Patrick Corbin was the closest thing to a front-of-the-rotation type and he got $140 million.

And then, once again, the line about getting “another impact guy in the bullpen.”

Nearly five months later, the Braves have done one of these three things that Anthopoulos expressed was a need after signing Donaldson. The starting pitching hasn’t been great, but Max Fried and Kevin Gausman, who started the last two games, have looked awesome. Julio Teheran is, well, Julio Teheran. And Touki Toussaint looked superb in relief of the recently-demoted Sean Newcomb. Mike Soroka will likely be prompoted tomorrow to start as well. None of these guys are aces, but many have the potential to be. Oh, and Mike Foltynewicz will return at some point. So, again, the rotation should be good enough for now.

And right field is what it is. Markakis is capable enough with Johan Camargo stealing at-bats from him often. While I think other avenues could have been explored, it’s hard to hate what the Braves did decide.

But the bullpen really bothers me. We knew it was a problem. The Braves general manager mentioned that it was a problem. And no, the Braves didn’t have to give Zach Britton $40 million or David Robertson $25 million. But they couldn’t give Greg Holland $4 million, $775K more than he received from Arizona? They couldn’t convince Shawn Kelley to sign with a contender for $225K more than he did with the Rangers – a mere total of $2.75M? They couldn’t have used this “financial flexibility” to try to improve?

Now, the Braves are again without two of their best options in Darren O’Day and Arodys Vizcaino – who they are paying more than $14 million to this season combined. O’Day will, theoretically, pitch at some point. Vizcaino’s gone for the year. But it goes deeper than those two. Sam Freeman, who they brought back in arbitration, was cut. Jonny Venters – another arbitration-eligible player – is on the IL after struggling badly to open the year. Dan Winkler – also brought back in arbitration – was demoted before the season began and only recalled lately when injuries and poor pitching opened up spots. Winkler, along with Jesse Biddle and Freeman, were left off the playoff roster last fall by the way. Some of that may have been based on the opponent, but situational relievers who don’t force you to keep them on the playoff roster don’t inspire a lot of confidence when you return them the following year.

That’s the kind of thing that might make a general manager act to improve a part of his team.

The Braves could have done more. By their own omission, they should have done more. They failed and now, they are left to hope things work out, Craig Kimbrel comes down on his asking price, and/or the trade market develops. Or, of course, they use their cadre of starting prospects to help the bullpen – something they have appeared reluctant to do. At the end of the day, the Braves have to do something because this – the struggling by the pen – is becoming too much of a theme for a contender to deal with.

The Braves got themselves into this mess. Time to start digging your way back out.