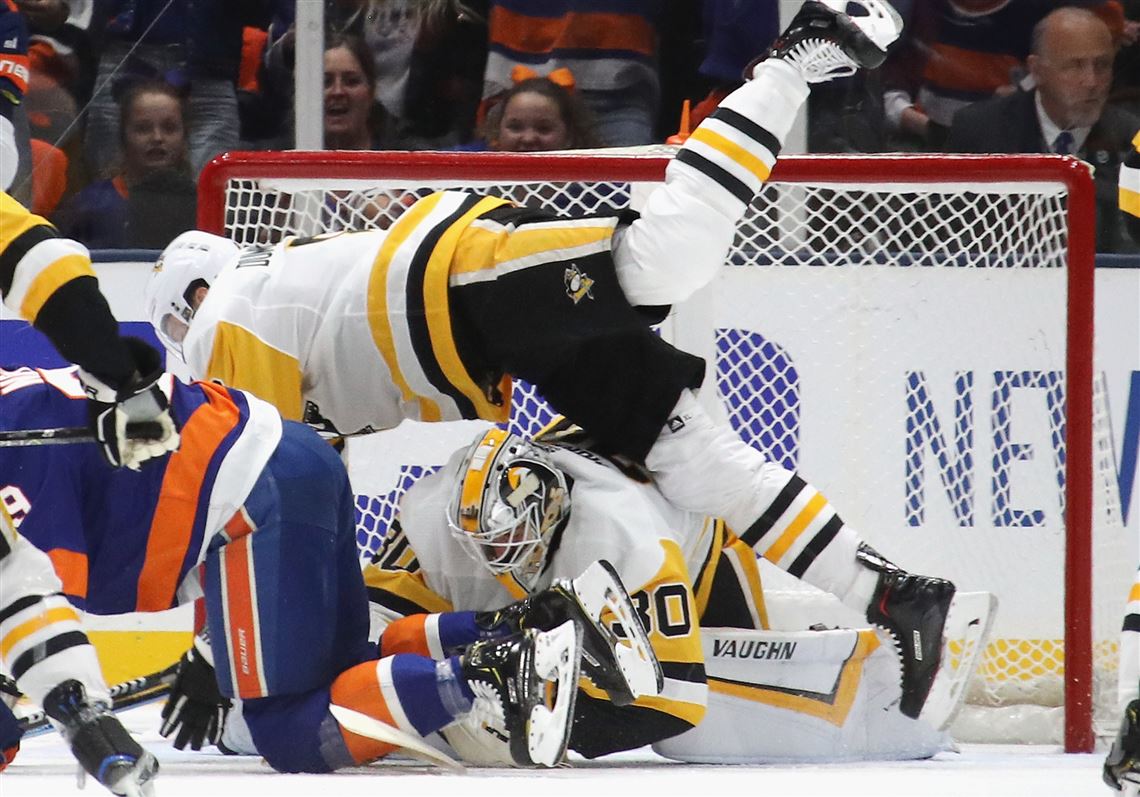 Well, that was quick, wasn’t it?

In case you missed it last year, I started a new tradition over here at the blog where we attempt to write words about the Pittsburgh Penguins – one in which I recap all of the injuries the Penguins were playing through throughout the course of the postseason. A topic that no other media outlet is definitely not writing about (or already wrote about since since I’m about ten hours late to the party)!

Since it was a short one this year, I’m going to keep this blog short and sweet.

So who played fucked up in the four games the Penguins played after the 2018-2019 regular season ended?

According to Wikipedia, the Posterier Cruciate Ligament (or PCL as we folks in the medical community like to refer to it as) is “one of the four major ligaments of the knee. It connects the posterior intercondylar area of the tibia to the medial condyle of the femur. This configuration allows the PCL to resist forces pushing the tibia posteriorly relative to the femur.”

(full disclosure: I don’t work in the medical community.)

So what the fuck does any of that mean?

The PCL is basically the ligament inside of your knee that lies behind your ACL, yet also helps connect your thigh bone (femur) to your shin bone (tibia) just like your ACL does:

The good news – according to the dorks over at Harvard, unlike ACL tears, most athletes can get away with treating PCL injuries without surgical intervention, depending on the severity of the tear. In fact, Connor McDavid recently sustained a PCL injury himself during Edmonton’s final game of yet another dumpster fire of a regular season, yet he will not require surgery to repair the damage.

But Dumoulin isn’t the only one to blame for his poor play this postseason. In fact, the rest of the defense sucked as well:

(Shoutout to me for using a graph for once.)

Jared McCann said he had a separated AC joint in his shoulder.

So from the sounds of things (considering that McCann only missed one game of action), it appears his separated shoulder fell within the “mild” category.

The good news – he wore an awesome hat today at cleanout day.

The bad news – he had one point in three games this postseason.

• Sid not playing in Worlds

• McCann was playing with a separated shoulder. Wasn’t from Clutterbuck crosscheck. Komarov reverse hit on a backcheck in Game 1 caused it

Rust apparently didn’t elaborate on the specifics of the injury, but our friends over at Pensburgh reported back in February that he was seen borrowing one of Big Ben’s walking boots after the Stadium Series game in Philly.

No word yet on whether or not any of Rust’s teammates threw a puck at his skates during a practice during the tail end of the season.

Malkin either didn’t show up to cleanout day today or he *gasp* didn’t speak to the media. I’m going to assume it was the former considering some dickhead journalist would have written a column about it by now if he didn’t speak to he or she. Guaranteed he hurt his ribs back in March, though.

Jim Rutherford was asked about the Penguins’ speed on the blue line:

"I think our defense is the best it's been since I've been here as a group.”

Legit no idea how a human being that gets paid for making hockey personnel decisions for a living at the professional level can say such a stupid thing.

G wrote about it extensively today. Give it a read.

I asked Kris Letang if he may need to adjust his style: pic.twitter.com/NHZS6c1rqu

The video is worth the watch:

Penguins D Kris Letang took offense to a question about whether he needs to be more responsible with the puck. pic.twitter.com/g3Qqw9hDZL

There’s absolutely no coming back from that. Ts and Ps to him.

And that’s it for this year. Hopefully next year’s edition doesn’t come out in goddamn April.

Neither was Aston-Reese. Cullen wore his team-issued No. 7 hat. Is that a sign for his future? There is simply no way to say.

Yinz have a great summer.