The Final Battle For The East 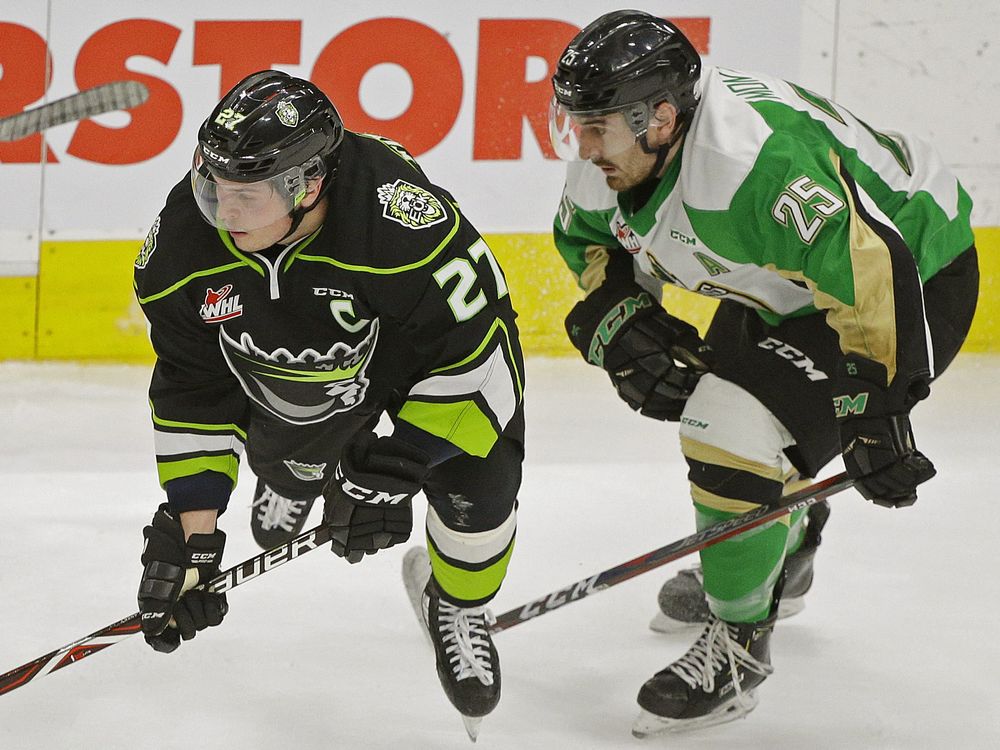 The Final Battle For The East

One final matchup stands before the Edmonton Oil Kings and playing for their first WHL title since 2013-14.

Tonight, the Oil Kings get things going against the WHL’s best in the form of the Prince Albert Raiders. The winner moves on to face either the Vancouver Giants or the Spokane Chiefs. Edmonton’s run in round two of the WHL playoffs vs Calgary saw them sweep the Hitmen but were taken to overtime in Games 1 and 3. Game 4 was the biggest statement, a 6-0 win to close out the series with goals coming from six different players.

Dylan Myskiw has also stepped up in net for the Oil Kings as his 1.93 goals against average mark is third among goalies this postseason.

Prince Albert comes into this series in reverse sequence of the Oil Kings as they swept their first-round matchup against Red Deer and then took down the Saskatoon Blades in six games. The Raiders have been chugging along like a well-oiled machine all season long and in the playoffs, they’ve been solid in net with Toronto Maple Leafs prospect Ian Scott in between the pipes. Scott in this postseason has put up a record of 8-2 with a goals against average of 1.81, both the top marks in the WHL.

Offensively, Prince Albert has been lead in the playoffs by the trio of Dante Hannoun, Noah Gregor and Brett Leason. The three Raiders make up three of the top five in scoring in the Western League with Hannoun as the league leader with 14 points while Gregor and Leason have 12 points.

The player that I’ll have my eye on the most on the Raiders is Noah Gregor. Gregor, the San Jose Sharks prospect in his fifth WHL season has put up career numbers in Prince Albert with 88 points in 63 games this year, his 43 goals also put him at top of the team in that category.

In the regular season, Prince Albert took the season series 3-1 but the one Oil Kings win did come in the Raiders backyard.

Game 1 goes down tonight in Prince Albert at the Art Hauser Centre with Game 2 happening on Saturday at 7 before coming back to Edmonton for games 3 and 4 next Tuesday and Wednesday respectively.