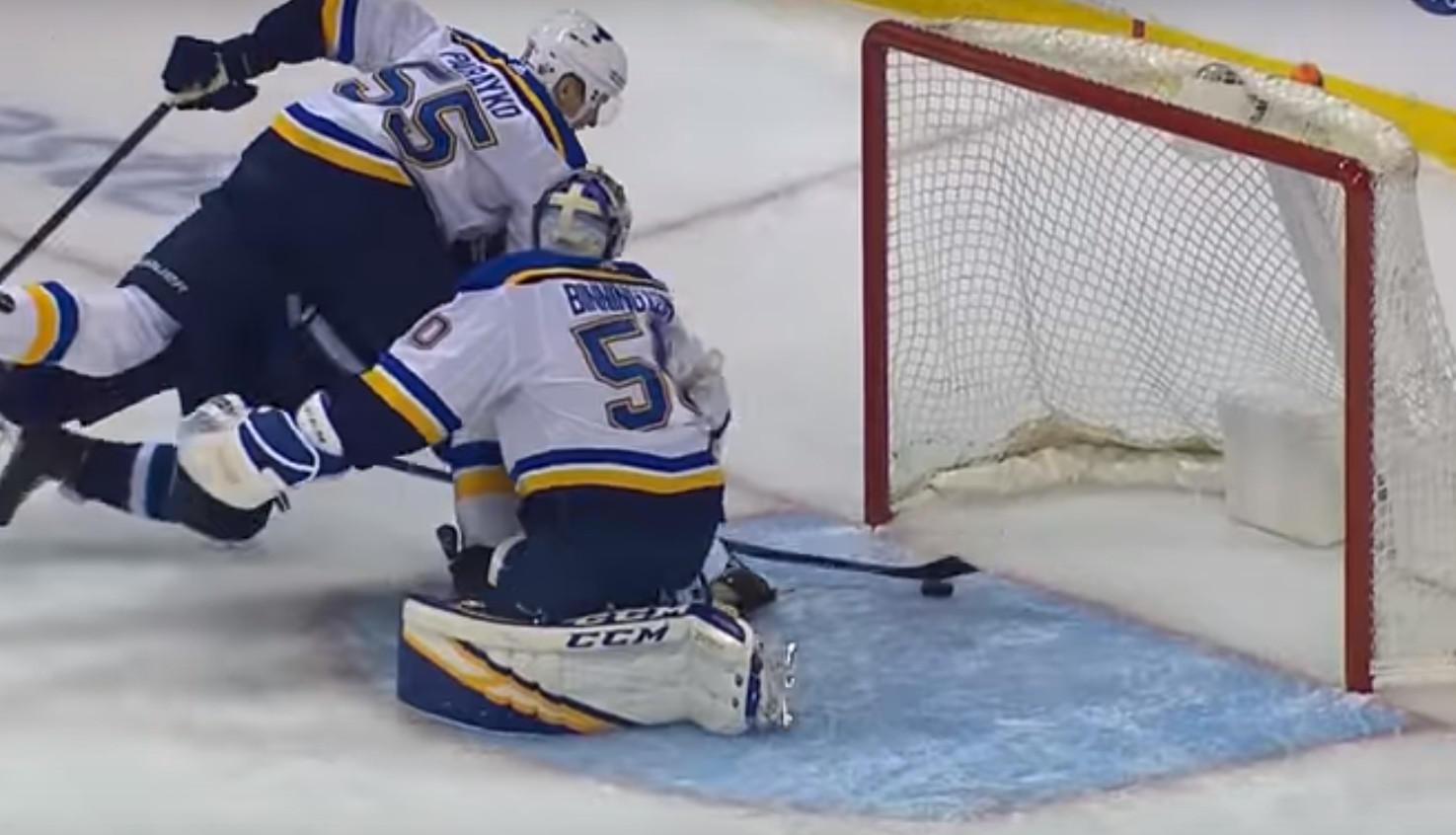 Game 5 was a wild ride for St. Louis Blues fans. After dropping two games at home, the Blues crawled out of the gate in Game 5 by allowing the Winnipeg Jets to score in the game’s first 12 seconds. Thankfully, things turned around and the Blues produced one of the wildest comebacks in recent memory.

So, which play was your favorite highlight? Was it Ryan O’Reilly’s skate-to-stick goal? Brayden Schenn’s goal that remarkably passed through an NHL review? Or maybe Jaden Schwartz stealing the win with 15 seconds left?

All of those are good choices, but one particular highlight sticks out courtesy of Jets forward Kevin Hayes.

Hayes made a tremendous play in order to get the puck behind Jordan Binnington. He then made a terrible play by keeping his own shot out of the net.

That’s the save of the series so far.

You can’t really fault Hayes for trying to push the puck over the line with Colton Parayko and Binnington desperately trying to keep the puck out. Hockey players are taught to fight for the puck until it’s clearly over the line, and Hayes’ shot wasn’t in even though it was on track to cross the line.