Lehner's Vezina nomination bigger than just an award for hockey 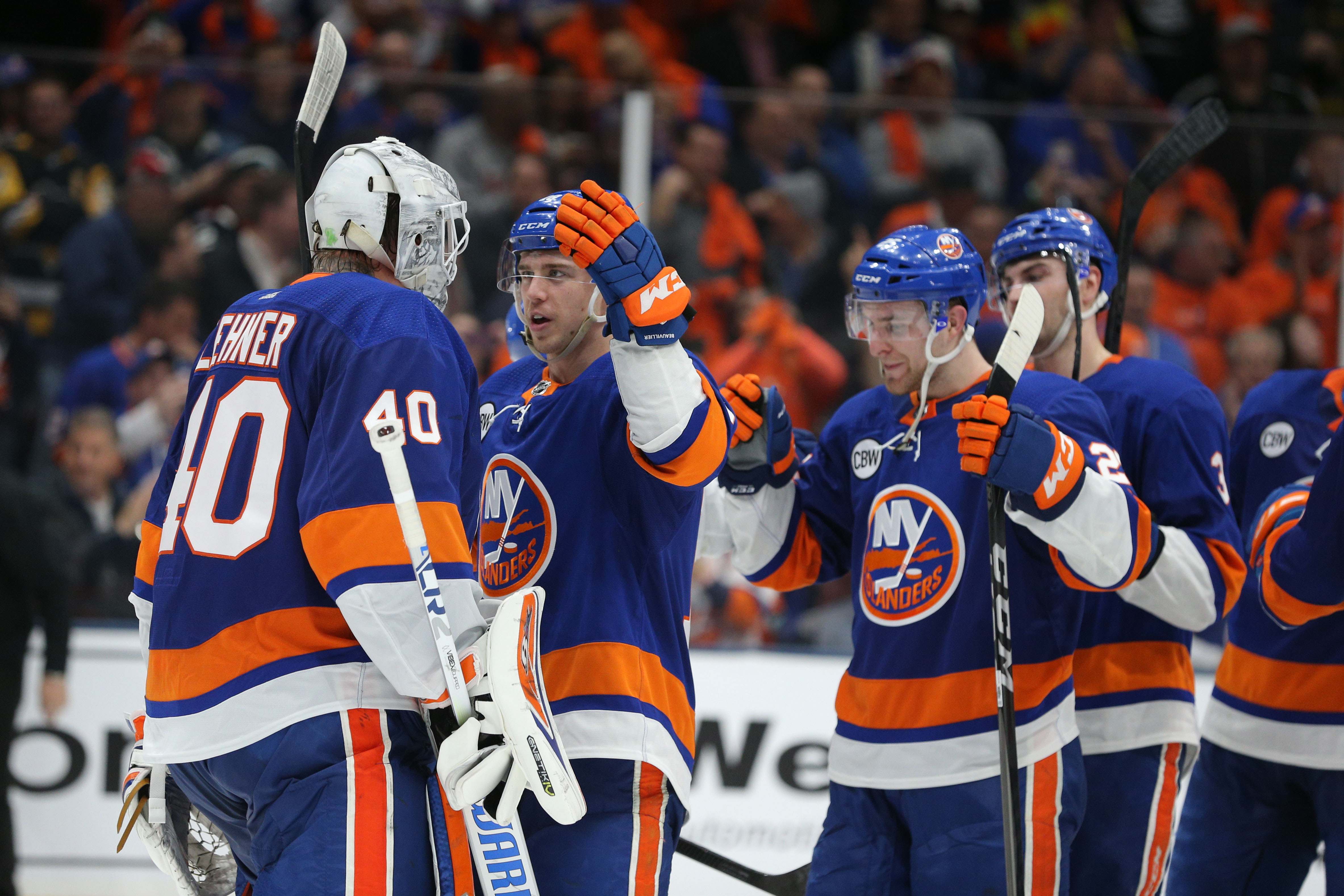 Lehner's Vezina nomination bigger than just an award for hockey

EAST MEADOW, N.Y. – Robin Lehner sat at his stall in the Islanders dressing room and spoke with passion as the conversation about his Vezina finalist nomination steered towards the off-ice issues he’s faced. The emotion was evident in his eyes about his desire to change the narrative surrounding substance abuse and mental illness, something he’s overcome this year to become one of the best goaltenders in the NHL.

And that’s what makes Lehner’s accomplishments this season and the award he finds himself as a finalist for even bigger than just something in the hockey realm.

When Lehner left rehab in Arizona, only two teams lined up to meet with him when it came time to discuss options for places to play this season. The meeting with the team that wasn’t the Islanders didn’t go well, by Lehner’s own account.

Now, those same general managers are the ones voting him as one of the finalists for a major league award.

“That’s a really powerful thing because they weren’t interested this summer,” Lehner said.

On a grander scale, Lehner’s openness about his battle with addiction and dealing with mental illness on a daily basis is a major feat for two groups that remain stigmatized in society. And that certainly goes for the world of professional sports.

Putting a face to those issues and showing that someone can come out of it all in a better place isn’t something that’s in the limelight much. Lehner has shown, while competing on one of the toughest stages in professional sports, that it can be done.

He started that when he told his story publicly in September at the beginning of training camp and Lehner has continued to prove that through a spectacular season on the ice for the Islanders.

“That’s why I did it to begin with,” Lehner said about telling his story. “It’s for people out there that are having a bad day and don’t see any light at the end of the tunnel. That don’t really want to wake up tomorrow or whatever the case may be. You just have to get a plan, you have to help yourself first, you have to get the right help and then when you get that then you can start your journey. … You have to take care of your recovery first otherwise it’s not going to work and that’s what’s good about this is that it shows it can be done with the right people and the right help.”

The day-to-day struggles are still there for Lehner. He still has days where he has the ups and downs, but now he has learned how to handle it.

The Islanders organization has been a big reason why Lehner has been able to overcome what he has had to deal with. Lehner called the organization openminded and supportive since he’s arrived on Long Island.

In one example, Lehner discussed how the team has helped him with his medication on a daily basis and how his condition wasn’t looked at differently than an injury that would occur in the course of a game.

The Islanders have often been the punching bag among organizations in the NHL, but they have shown with Lehner that they should be viewed as the gold standard when it comes to something like this. Even the fans open-armed welcome to Lehner has been crucial to removing the stigma around these two illnesses.

“Look how these fans have embraced that. They’re amazing,” Lehner said. “They’re a part of saving a lot of lives these fans. What they’re doing certainly helped me in my journey and saving my life.”

Lehner’s story has captivated a lot of people beyond just his success on the ice. His award nominations over the last two days speak to a bigger idea and one that Isles goaltender wants to help champion.

During the course of the roughly nine-minute conversation with reporters, Lehner spoke openly about wanting to change the narrative around mental illness.

“It’s old perception. It’s things that I’m going to try and help change in here,” Lehner said. “Hopefully GMs, and not just GMs, people in general stop looking at people in that light. It’s like me with bipolar for example, it’s never going to go away, but it’s easily treatable if you have the right people.”

That’s certainly worth more than just a hockey trophy.