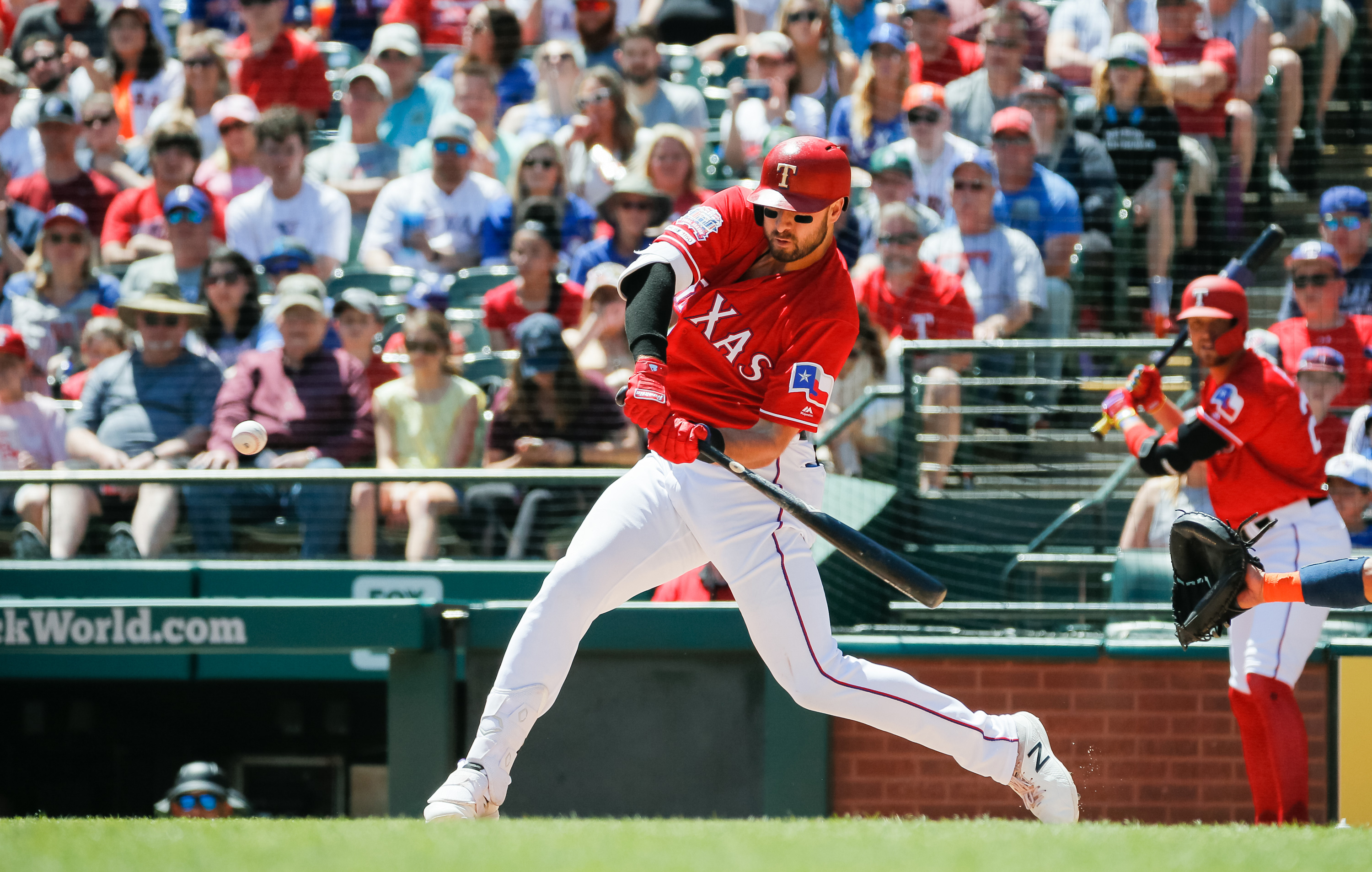 It’s good to appreciate the little things, both in life and baseball. The sacrifice fly is far from a rare occurrence in today’s MLB, but for Texas Rangers slugger Joey Gallo, it was an elusive accomplishment. Until now, of course.

Since making his big-league debut in 2015, Gallo has been known for a handful of things — fly balls, home runs, and strikeouts. Despite accumulating just 1,338 plate appearances during this time, here’s where he ranks in those three areas among hitters with at least 1,000 trips to the plate.

But entering Sunday’s action, one thing Gallo hadn’t yet accomplished in his young MLB career was hitting a simple sacrifice fly. It took 1,337 plate appearances, but the 25-year-old finally has the monkey off his back:

It took 1,337 plate appearances, but Joey Gallo finally hit a sac fly. The only position player with more PAs before their first SF was Steve Sax (1,388).

You’ve gotta love his teammates giving him a hard time about it as he makes his way back to the dugout. Just a perfect way to punctuate it. Clearly, going this long without a sac fly is odd for anyone, but especially for someone with Gallo’s profile as a fly-ball heavy power hitter.

And this is where the left-handed slugger etched his name in MLB record books:

Joey Gallo just hit a sacrifice fly. His 96 home runs before his first sac fly are the most in MLB history.

How much has he distinguished himself in this category? According to ESPN‘s Tim Kurkjian, the player with the next most homers before hitting their first sac fly was Wily Mo Pena…who had hit 50 dingers when he finally broke the seal.

Something of this nature to take that long to happen just doesn’t seem possible given Gallo’s skill set. But it does when checking out the other parts of his profile. In addition to being among the league leaders in homers, strikeout rate, and fly-ball rate since the start of 2015, he’s also first in hard-hit rate thanks to compiling a 48.9% clip.

If we want to break it down by batted-ball event, the results are similar when specifically looking at fly balls. Since becoming a full-time player in 2017, that number hasn’t dipped below 46.2% in a single year. It’s currently sitting at a ridiculous 69.2% in 2019, while also being paired with a 0.0% soft-hit rate. This has led to an eye-popping 2.923 OPS and 688 wRC+ on fly balls as we approach the end of April.

Who can blame him, though? Why settle for a sacrifice fly when you can do this to baseballs?

Us: Looks up 'Home Run' in the dictionary.

He’s accomplished this with a ridiculous 75.0% hard-hit rate, which is leading the league, but Gallo hasn’t even gotten started with launching fly balls at his usual rate. That number is currently sitting at 37.5%, and the difference has gone to his 27.5% line-drive rate, which is among the top 25 in baseball.

So if he gets it going soon, who knows what might happen next for him in the batter’s box.