Magic Johnson has no regrets about stepping down as Lakers president 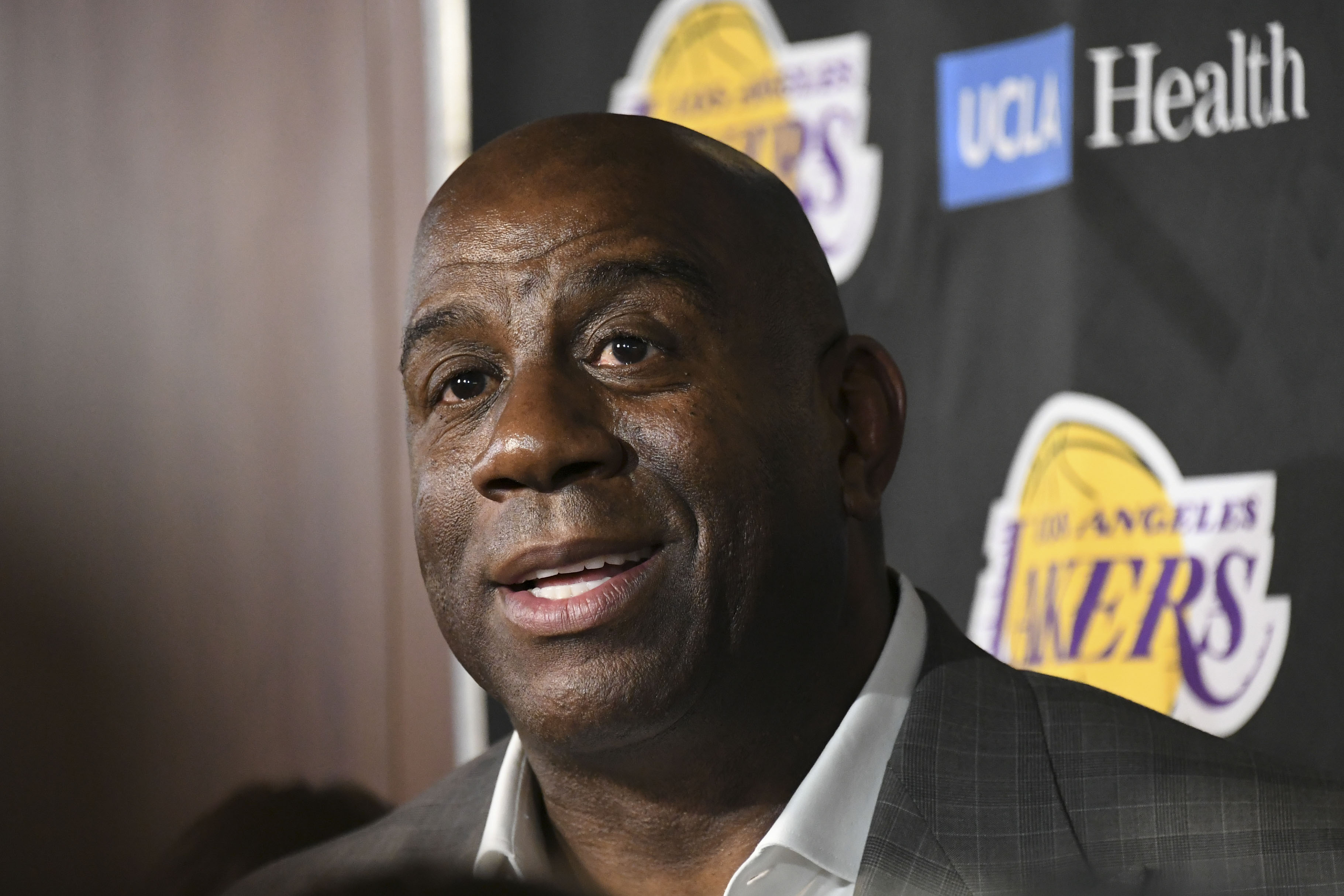 Magic Johnson has no regrets about stepping down as Lakers president

Former Lakers president Magic Johnson was in the middle of one of the most dysfunctional front-office situations in all sports, and it caused him to walk away from an extremely high position of power.

Johnson was named president and chosen to head the team’s front office just over two years ago, and now the team is already stuck looking to fill that position once again, with no clear direction in place.

Still, he doesn’t appear to feel bad for how everything happened, and he doubled down on how he went about resigning, in an interview with TMZ Sports. Johnson also went on to say he’s still involved in some front-advice advising, and added that he talks to team owner Jeanie Buss about business.

We’ll see what Johnson’s role becomes once the Lakers hire a new president.