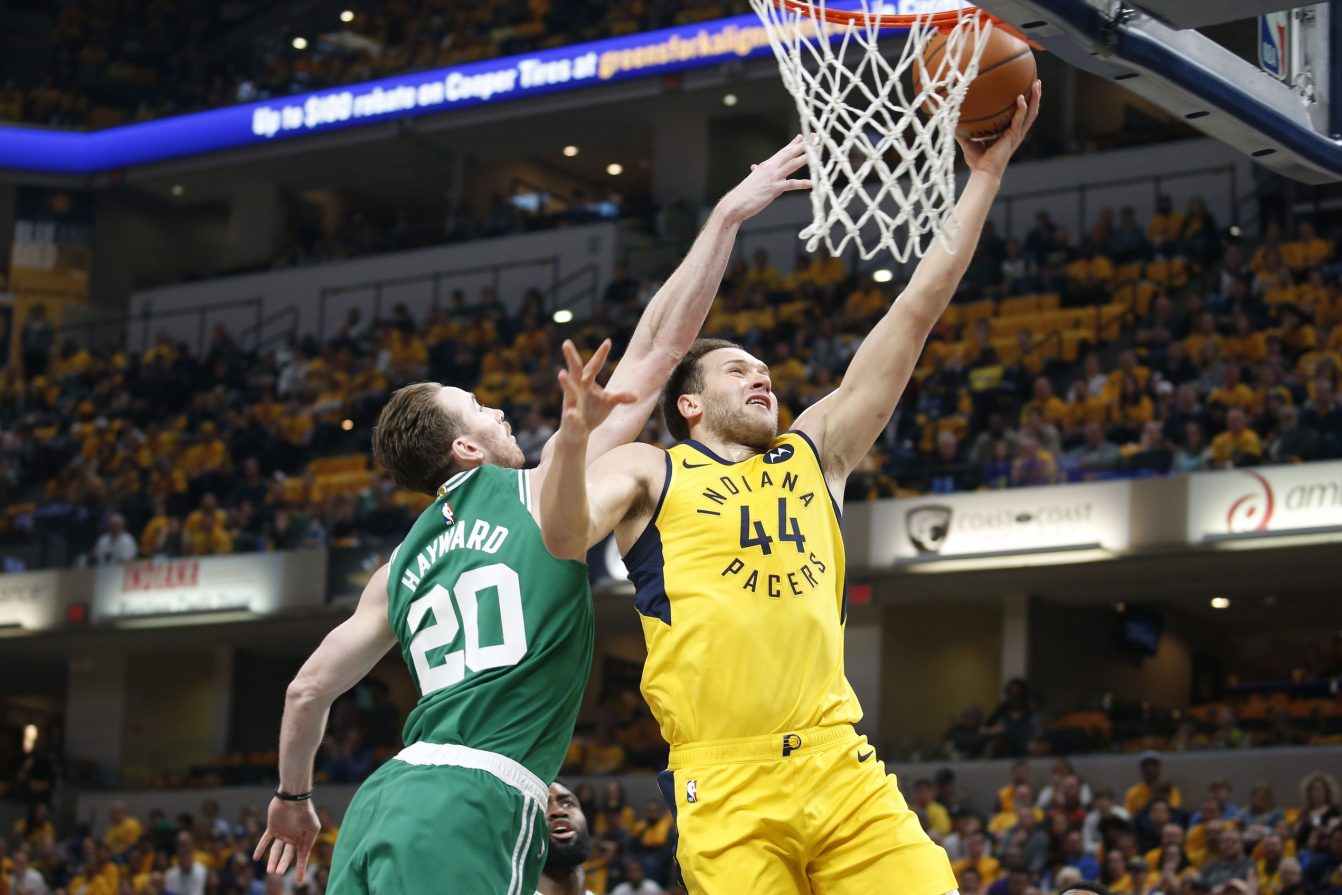 Sweeps in playoff series are often harder to secure than the games’ final scores or stats suggest. (Consider the perverse misery that was last night’s Houston-Utah game: Houston walked away with the W but the contest was a vile pettiness-drenched brickapalooza; nobody won it.) So if I told you I was confident in the Boston Celtics sweeping the Indiana Pacers in Game 4 of this first round, I’d be lying, 3-0 lead or not.

Like every other game in this series, this came down to the wire, becoming a foregone conclusion only when the Cs fired off an 18-5 run midway through the fourth quarter that the Pacers had no answer for. Due to the bench attack spearheaded by Gordon Hayward’s 20 points, Jayson Tatum getting hot at just the right time after a lukewarm game and the grounding influence of Al Horford, Boston weathered Indiana’s storm of mini-runs to win the game 110-106 and advance to the playoffs’ next round.

THE GAMER IS CONFIDENT:

TATUM DUNK KING (and very strange broom imitation by Jaylen Brown, who’s been a strong starter in place of the injured SMARF):