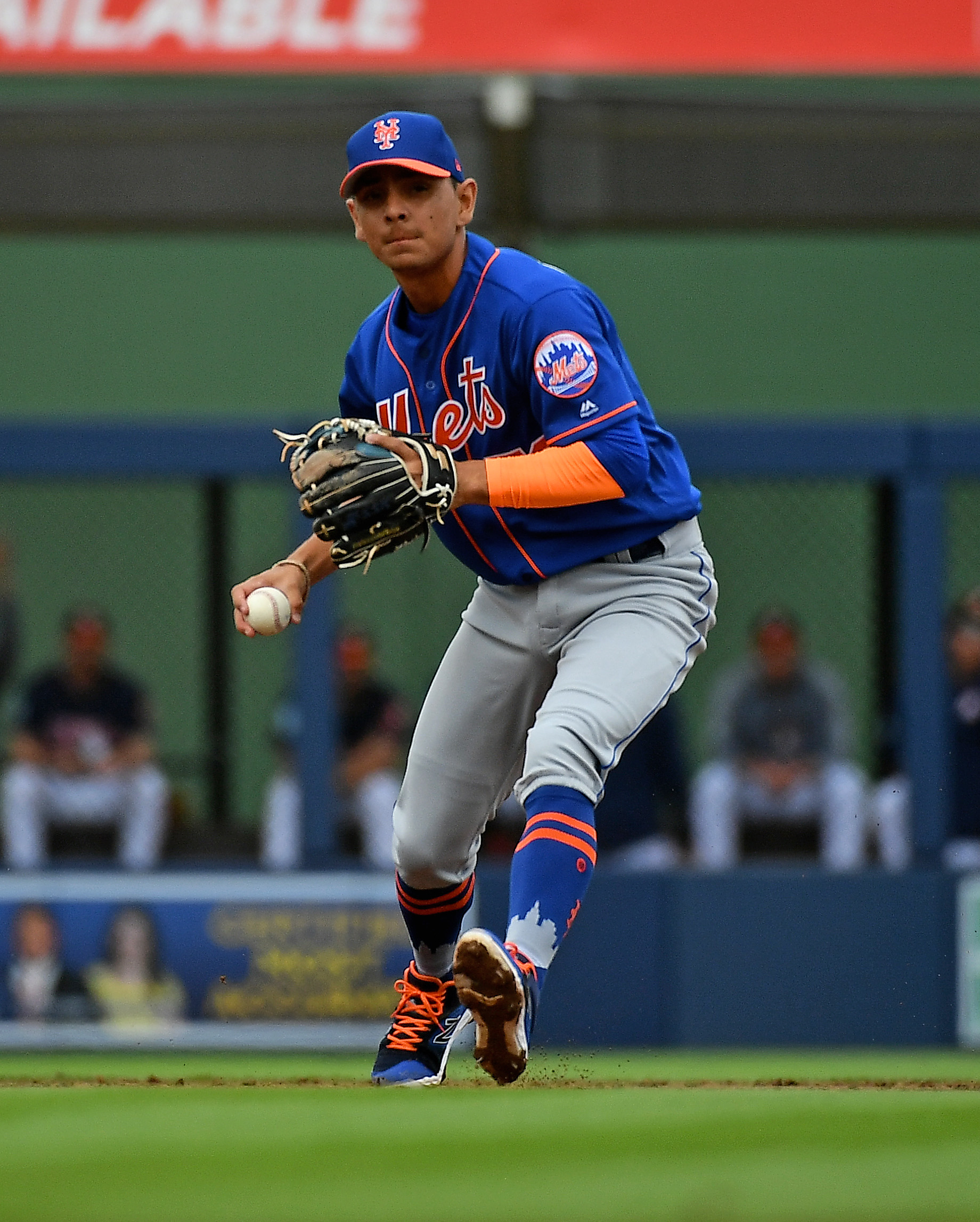 With Pete Alonso doing big things for the big club, New York Mets’ fans have one eye on the major league club and another on the farm to look for their next highly touted young player. A lot of the Mets’ top talent is situated at the lower levels of the minor leagues, but their top prospect is at AA Binghamton, potentially putting him in the mix for big league opportunities as soon as this season. That man is shortstop Andres Gimenez, and he is the focus of this week’s edition of Minor League Mondays.

Gimenez, who is just 20 years old, finished last year with the Rumble Ponies but the Mets decided to have him start 2019 there again with an abundance of talent at the big league level. That made sense for Gimenez, who is regarded as one of the best defenders in the Mets’ farm system but needs to work on his offensive game before he can be an impact player in the majors. Gimenez is starting at shortstop for Binghamton and has been strong over his first 10 games, batting .279 with three doubles, a triple, a home run, and three RBI’s.

One thing that has helped Gimenez catch the eye of scouts at the minor league level is his plate discipline, which is very advanced for his age. Gimenez posted a .347 on base percentage in 122 minor league games last year, which is impressive when you consider the fact he was facing pitchers who were at least 2-3 years older than him. The Mets also did not include Gimenez in the Robinson Cano trade with Seattle, parting with Jarred Kelenic and Justin Dunn instead despite the fact that they already have a young shortstop with a ton of potential on their roster in Amed Rosario.

That choice could mean the Mets are saving Gimenez as a trade chip to bolster their current roster, but it also means they could have plans for him in the future. That sets up an intriguing scenario for the Mets, who have Rosario at shortstop now, but they may be a bit underwhelmed with his defensive ability. Rosario has struggled in the field this year, committing five errors in the last week, and if he doesn’t improve there the Mets could consider a position change for Rosario in the future.

One option could be at third base, where the Mets have coverage for two years but nothing guaranteed long term. Rosario could be shifted to third to make room for Gimenez, or the Mets could simply move Gimenez to third in the minors. Gimenez is surely capable of playing the position with time to learn it, and starting him at AA could hint that the Mets are at least weighing that possibility at this point.

Regardless of where Gimenez plays this year, the Mets still think he has a chance to be a huge difference maker. Gimenez should spend at least the first half in Binghamton before likely getting a mid-season bump to AAA Syracuse, putting him one step away from the bigs. If things go well there, Gimenez could make himself a factor for the Mets down the stretch, which is an exciting proposition for a team getting a ton of impact performance from young players.