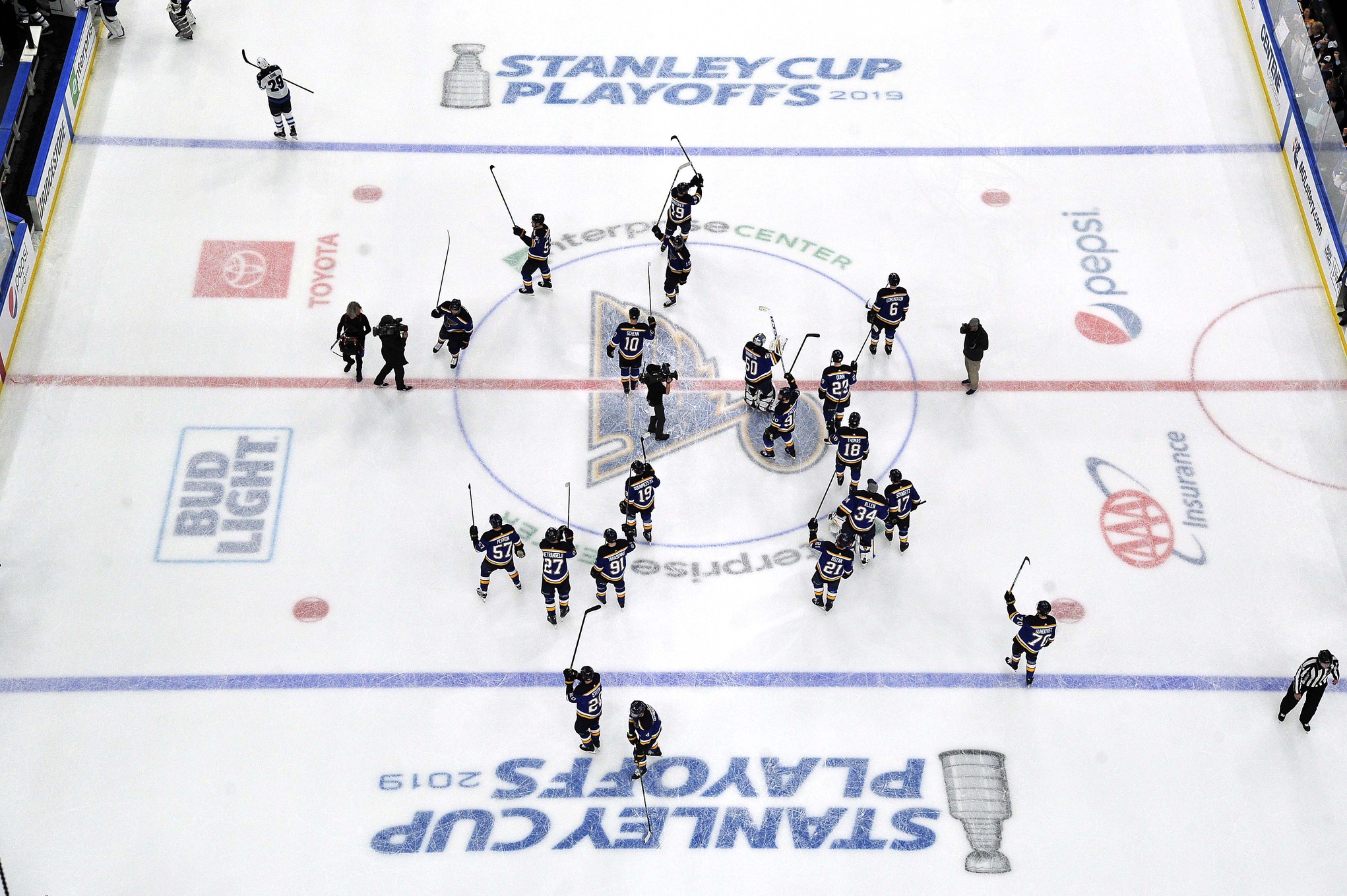 The St. Louis Blues dispatched the Winnipeg Jets by winning Game 6 to end their first-round series. Their opening round playoff win, which was fueled through outstanding play from Jordan Binnington, Jaden Schwartz and several others, came in a season that could have ended in a very different way.

Looking back to January 2nd, the Blues were at the bottom of the NHL standings. That’s not an exaggeration or hyperbole. They were 31st to start 2019 and have since challenged for the division lead, claimed a playoff spot and knocked out their first-round opponent. That’s a first in league history.

Per @NHL: The Blues became the first team in the NHL’s expansion era (since 1967-68) to win a playoff series after ranking last overall at any point after New Year’s Day (min. 20 GP). #stlblues

Expectations this season have been blown out of the water. Following a downward spiral that made a total overhaul or rebuild seem like a plausibility, reaching the playoffs felt like an enormous success. That feeling was toppled after the Blues won Game 6 to advance to the second round.

At this point, wins feel like a bonus. The Blues weren’t supposed to be in this position after (to be blunt) sucking for such a large amount of the season. It feels like the Blues have already accomplished so much even though their playoff run may only just be beginning.

Now, the Blues might even be the new Stanley Cup favorites.

Oddsmaker says Blues are favorites to win the Stanley Cup https://t.co/uHHc1tZxwD via @stltoday

That’s a position they’ve been in during previous seasons and playoff runs. This time it feels different. Getting knocked out at this point would be disappointing, but it wouldn’t feel like the playoff exits in previous years. It’d feel like the Blues still achieved quite a lot even if they fell short of their ultimate goal.

The Blues have accomplished so much after accomplishing so little that it feels like 2018-19 has already been a huge success.