#100: Starting up the hype train for Jhonkensy Noel 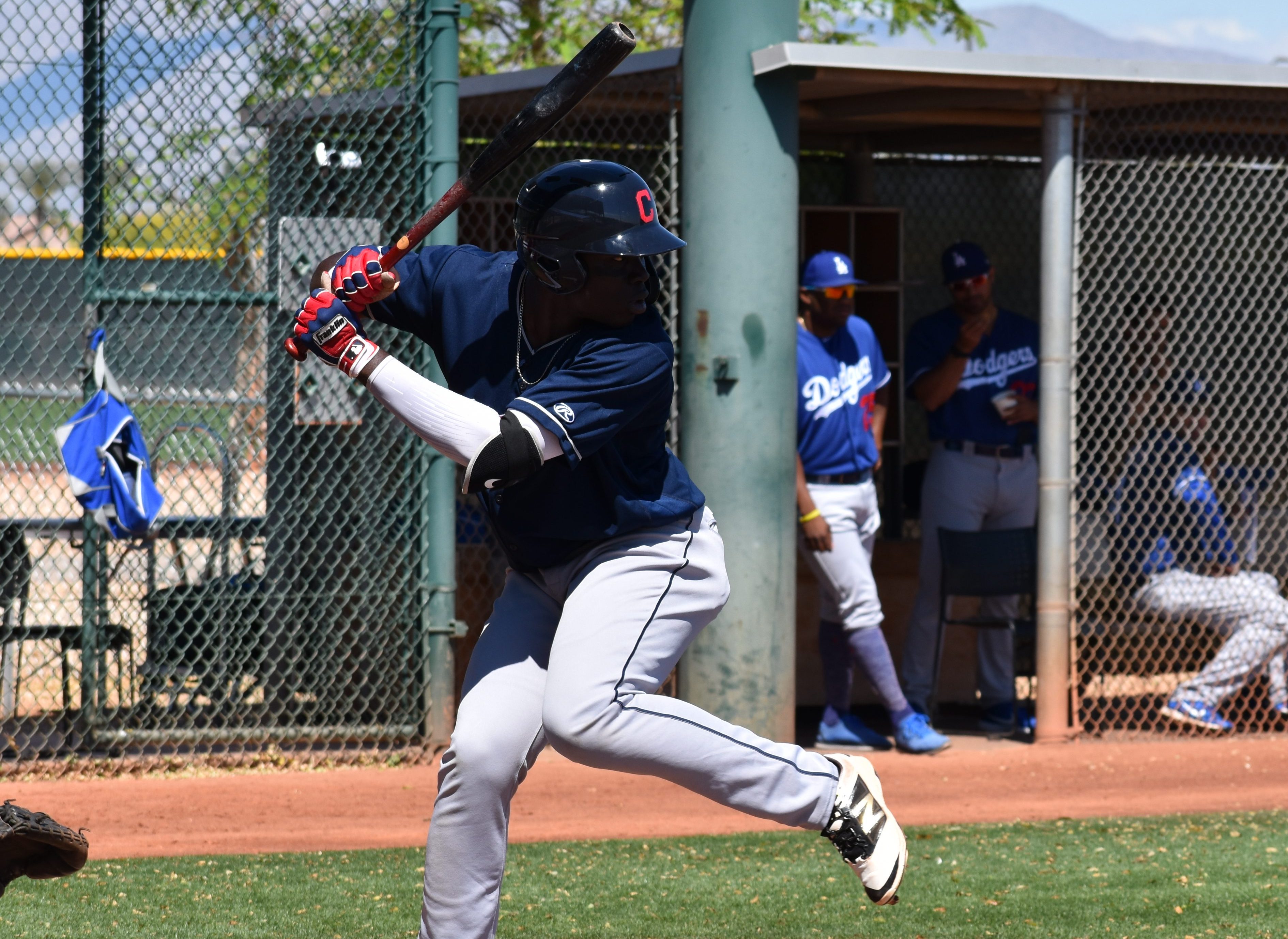 #100: Starting up the hype train for Jhonkensy Noel

When making the 2018 Burning River Baseball prospect rankings, we ran into a bit of trouble when two of the top 100 players (Kieran Lovegrove and Josh Martin) left for free agency just before publication. With the opening, it allowed for a new #100 prospect in the Indians system and I took the opportunity to throw in a lesser known 17 year old from the Dominican Summer League, Jhonkensy Noel.

Noel was a 2017 international free agent signing from San Pedro de Macoris in the Dominican Republic and didn’t turn 17 until the middle of the season last year. As a 16 year old, he hit an impressive .262/.397/.421 with eight doubles, three home runs, five steals and 15 walks in 33 games. After turning 17, he really turned things up. He raised his slugging percent to .441 thanks to seven more home runs in his final 31 games although his strike out rate increased and walk rate decreased. Overall, his 10 home runs and 11 doubles were first and second respectively on the DSL Indians (Alexfri Planez had 18 doubles and also started the season at 16 years old) making him arguably the most productive hitter on the team and definitely one of the top three (along with Planez and Cesar Idrogo).

The reason Noel was ranked at all in our prospect rankings was because of this prodigious power at such a young age (Planez was also in the rankings at #49, largely due to his defense). The reason he was ranked so low is because no one in the US had ever seen him play. It’s extremely difficult to judge players in the Dominican Summer League due to the extreme disparity in talent. While some of the top prospects in baseball start in the DSL, there is still an extremely large amount of filler. It’s very possible for a player to have great success against these innings eaters and struggle against the top pitchers and still have a great overall stat line. One never wants to jump in head first after just one summer of success in another country.

That being said, after seeing him play a few games in person in 2019 extended spring training I’m about ready to jump. While he’s listed at 6’1″ 180, he towers over his teammates and it wouldn’t be surprising to learn that he has grown between 16 and 18 (which he’ll turn on July 15th). It may be a mistake to drop this name, but he very much reminds me of a young Jesus Aguilar when he was in the Arizona League in 2010, my first year covering the team.

As a testament to his power, in the second game I saw Noel play, he swung at a pitch outside and hit it straight up in the air. Expecting a pop-up to the second baseman in short right field, I was astounded to see the ball continue carrying all the way to the wall in right center field and to see the behemoth round second and head into third with a triple. As if to validate that hit, in his next at bat he barreled a line drive, this time to left center, good for another triple.

Noel has the size, power and bat speed to succeed and should be up in the Arizona League as soon as games start (he will probably begin in the DSL as their season starts first), but he’s far from perfect. Last year in the DSL Noel had two great faults, defense and strike outs.

First, defensively he played about 2/3rds of his games at first with the other third at third. As a first baseman, he committed an incredible nine errors in 43 games, but he was even worse at third with ten errors in 48 total chances. So far in extended I’ve seen him take 11 total chances between first and third and he has committed just one error, but also only has two assists.

It’s very possible these defensive misgivings will force him into a career as a first baseman or even DH, something that has the ability to keep a young player down. Just ask Henry Pujols or Henderson De Oleo, players with prodigious power who are still hanging around in extended spring in their fourth and fifth seasons respectively. This is especially true given the spectacular defense provided by his contemporaries, too many of which are listed at short stop to stay there. As these young short stops gravitate towards third and second, the Indians are unlikely to continue to use those who cannot play perfect defense at the skill infield positions.

Onto his second fault, Noel struck out 58 times in 260 plate appearances in 2018 compared to 25 walks. Compared to some of his teammates, this made him look like the most patient man in the DSL, however, this 22.3% K rate isn’t particularly good, especially considering the competition level. So far in extended spring he’s been even worse in limited action with a 50% K rate. Of course, if he continues to hit for the kind of power he is, no one will care if he strikes out 30% of the time, but as he continues up the minor league ladder you could expect the K rate to worsen and the power numbers to drop as well.

The last few paragraphs are not an indictment on Noel, just some tempering to the excitement. He’s only 17 years old and already an incredible talent. Hopefully, he will play most of the season in the Arizona League this summer as Brayan Rocchio did last year at 17 years old and hopefully this will place him on the radar of the national prospect analysts as it did for Rocchio a year ago.

Given his age and athletic ability, it is far too early to give up on Noel’s defense and he should be given ample time at third this season in an effort to improve. If he should, his combination of power and a little speed could be an incredible asset at a prime position, something the Indians have not really had in years.