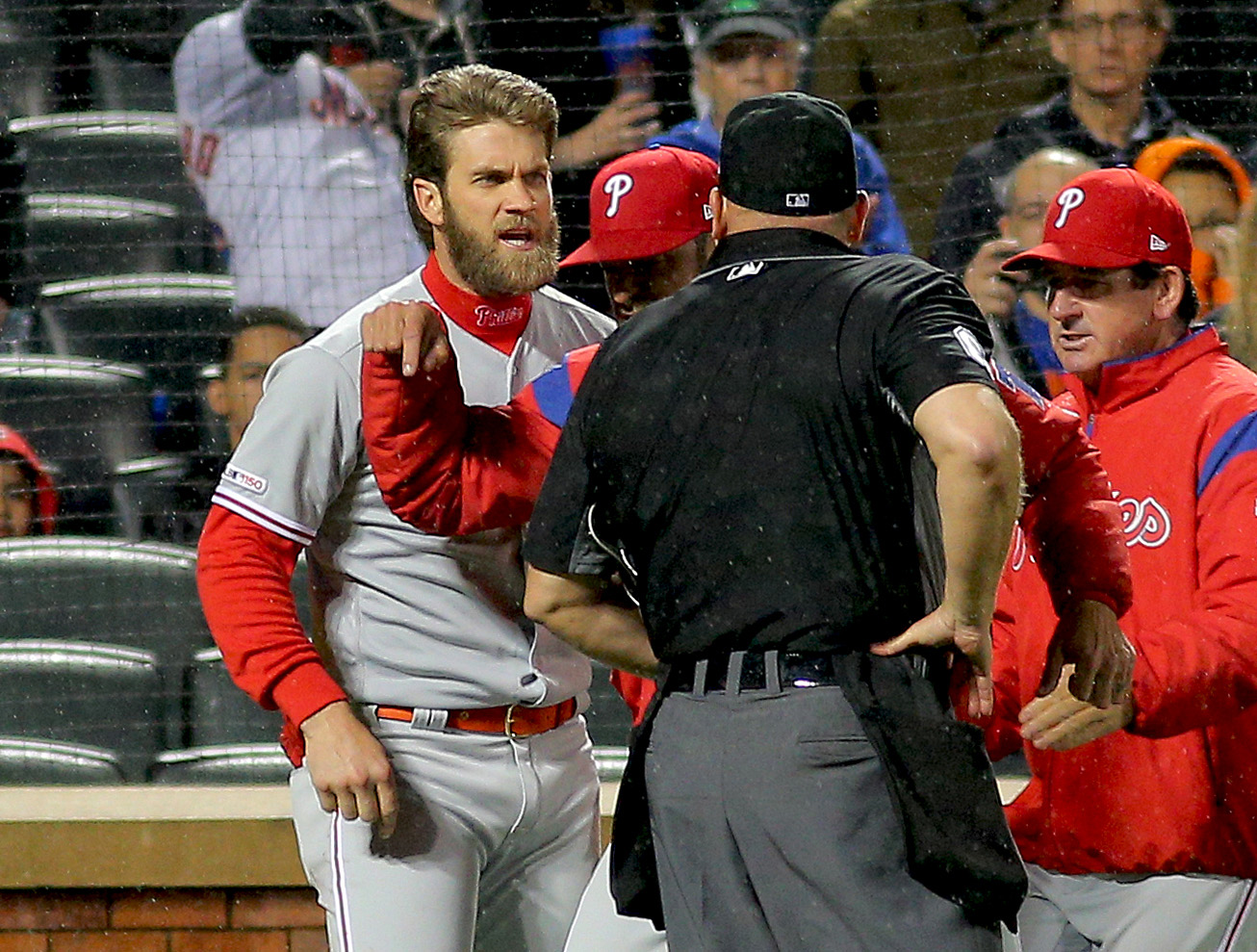 I know, I know. This isn’t a Phillies blog. But SNY’s John Harper discussed Harper’s meltdown last night and surmised how it, combined with Jake Arrieta’s comments on the ejection could benefit the Mets down the road …

“We need him in right field,” Arrieta said. “I don’t care how bad the umpire is. I need him at the plate and he wasn’t there. So that hurts.”

In truth, Arrieta was blunt in his criticism of the entire team, saying the Phillies came out “flat” after a two-hour rain delay, and simply weren’t ready to play.

All of this bears watching for a team with huge expectations, especially after questions about the clubhouse culture emerged from the Phillies’ meltdown late last season. At some point this spring it came to light that the now-departed Carlos Santana smashed a clubhouse TV with a bat late in the season in response to seeing teammates playing Fortnite during an actual game.

For one, Arrieta’s correct. Harper can’t get ejected from close games against division rivals. He did it in the Wilmer Flores game in 2015 and it had lasting effects.

But while John Harper touched on it briefly on the blog, this more than anything shows why Gabe Kapler, and not Mickey Callaway, has the hottest managerial seat in the N.L. East. He’s gotta put that entire clubhouse on the same page while ensuring Bryce’s happiness. If he doesn’t do this, then somebody whether it be Bryce or Arrieta is going to give Kapler a mutiny on his hands. Is Kapler the right manager to handle this? Given some of the evidence from last season, I’m not entirely sure. If Kapler had issues with last season’s locker room, do you trust him to smooth things over in a room with Bryce Harper?

It’ll be an interesting dynamic to watch from afar, just to see if Kapler can survive something like this. Isn’t dysfunction fun when it’s far away?