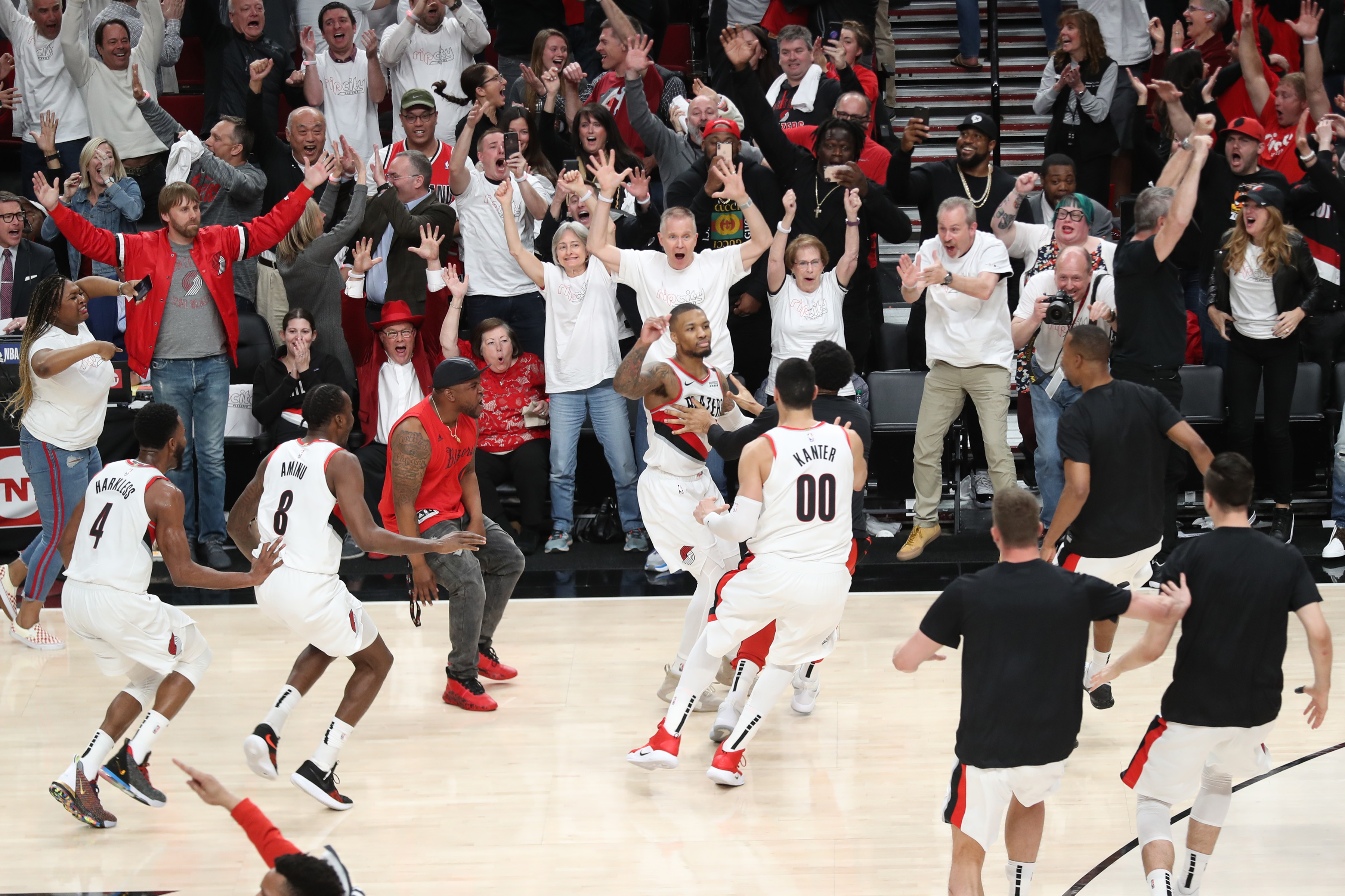 Portland trailed Oklahoma City by eight points with just over three minutes remaining in Game 5, and it was looking as if the Thunder were on their way to stealing all the momentum back in the series.

But Damian Lillard had other plans.

Lillard had the ball in his hands with his team trailing by a bucket, and roughly 30 seconds remaining in the game. The Blazers were coming out of a timeout, and Lillard already had 45 points. Apparently, he wanted more, as he calmly drained a clutch shot to tie the game. A missed layup by Russell Westbrook gave Lillard the opportunity he needed, and he capitalized — pulling up and draining this insane buzzer-beater from 37 feet for the win!

Damian Lillard (50 PTS) buries the three for the #TissotBuzzerBeater and the @trailblazers advance to the Western Conference Semifinals with the 118-115 Game 5 victory! #ThisIsYourTime #RipCity#NBAPlayoffs pic.twitter.com/cVqLJkHLR4

The in-arena look at @Dame_Lillard's series-winner is just pure euphoria. 🎊

It’s one thing to hit a game-winner, but Lillard knocked down that series-winner for his 50th point of the evening. What a shot.