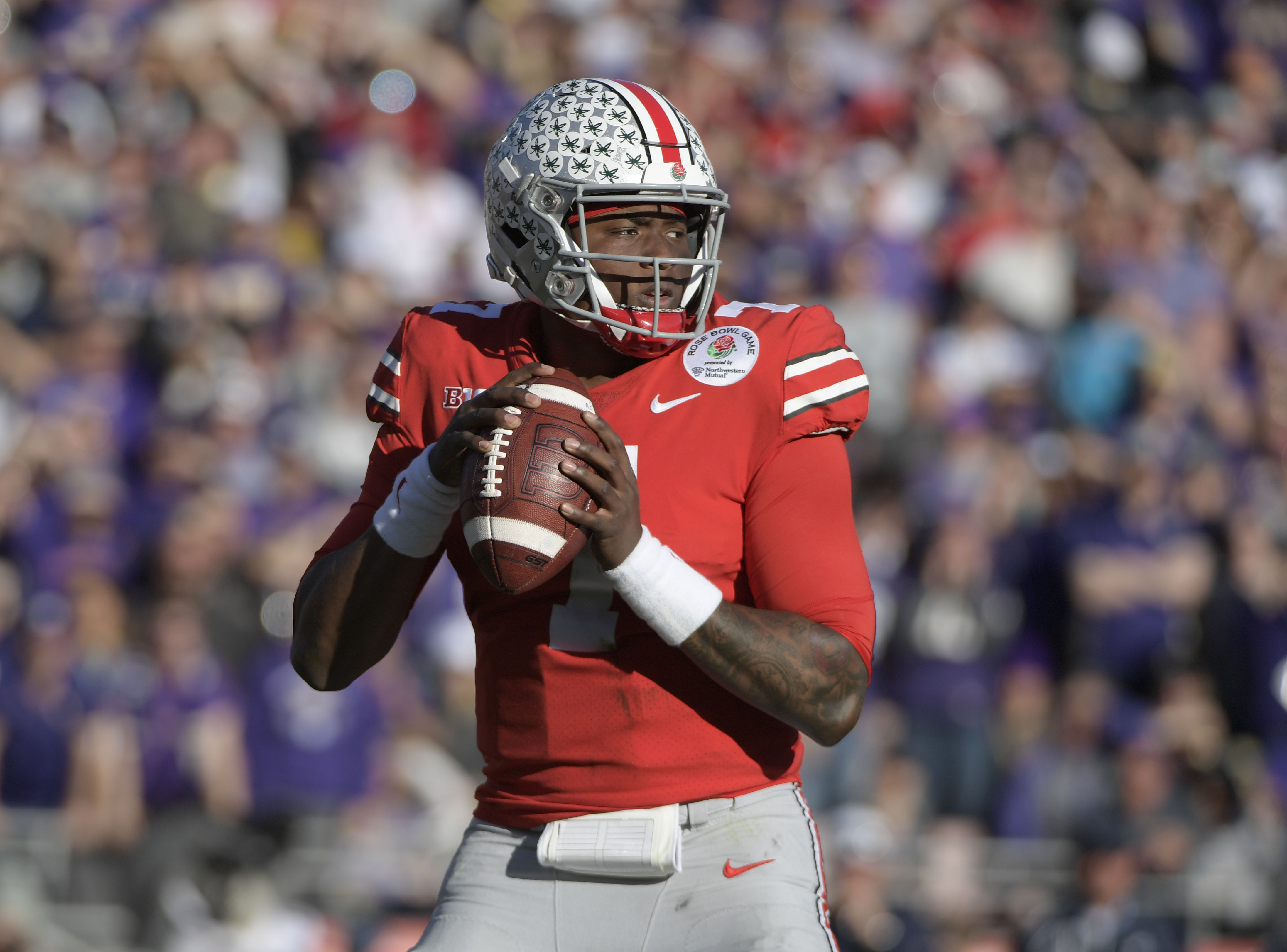 Former Ohio State quarterback Dwayne Haskins decided to declare for the 2019 NFL Draft a couple of months ago. Although he could’ve returned to the Buckeyes for another season, the star quarterback was ready to move on to bigger and better things. Being that this year’s quarterback class isn’t precisely shaping up to be like previous draft classes for passers, Haskins still headlines the group along with Kyler Murray.

While Murray is expected to be the first passer off the board, it likely won’t take that long for Haskins to find his new team as well. There are quite a few teams interested, but Haskins has been mostly connected with the New York Giants. Rumors have gone around before about Haskins’ potentially falling out of favor with New York, but that doesn’t seem to be the case anymore. At least, that’s what we were told to think.

At this point, nobody knows what’s going to happen. Do the Giants actually like Haskins? Or are they already out on him? I couldn’t tell you. However, I could tell you that if his interviews with teams are anything like his father’s run-ins with the media, then Haskins is not going to be a pleasant prospect for his future team, that’s for sure.

What exactly went down?

Recently, Ryan Dunleavy of NJ Advanced Media wanted to run a piece on Haskins upbringing, being that he’s a Jersey native, who could potentially end up playing for the Giants. While Dunleavy did his due diligence of getting a hold of some of Haskins’ former coaches and whatnot, he wanted to make sure he got to a very close source as well, which happened to be Dwayne Haskins Sr.

The New Jersey reporter ended up getting in touch with Haskins Sr., but the discussion did not go as planned. Instead of having the conversation be productive and on task, Haskins Sr. made it quite challenging to get any valuable information about his son to Dunleavy.

In fact, the story went from being about Haskins upbringing to being about how Haskins close circle could be very skeptical about trusting those who are dealing with his son. After all, Haskins’ father refused to confirm that Dunleavy’s close and trusted sources are not credible enough to discuss Dwayne Jr’s early days as a football player, despite knowing and coaching him as a kid and having nothing but good things to say about him.

Not trusting the media to write a positive story is one thing – but Haskins did not give the reporter a fair chance, which sort of raises some questions. Why exactly did the conversation have to be so awkward?

Kind of makes you wonder whether this kind of behind-the-scenes activity is part of the reason why the Giants checked out of being interested in Haskins for a moment or not. As the draft inches closer, Haskins’ hype has cooled down a bit. Now it’s going to be interesting to see if he happens to fall. And if he does, how far will it be?