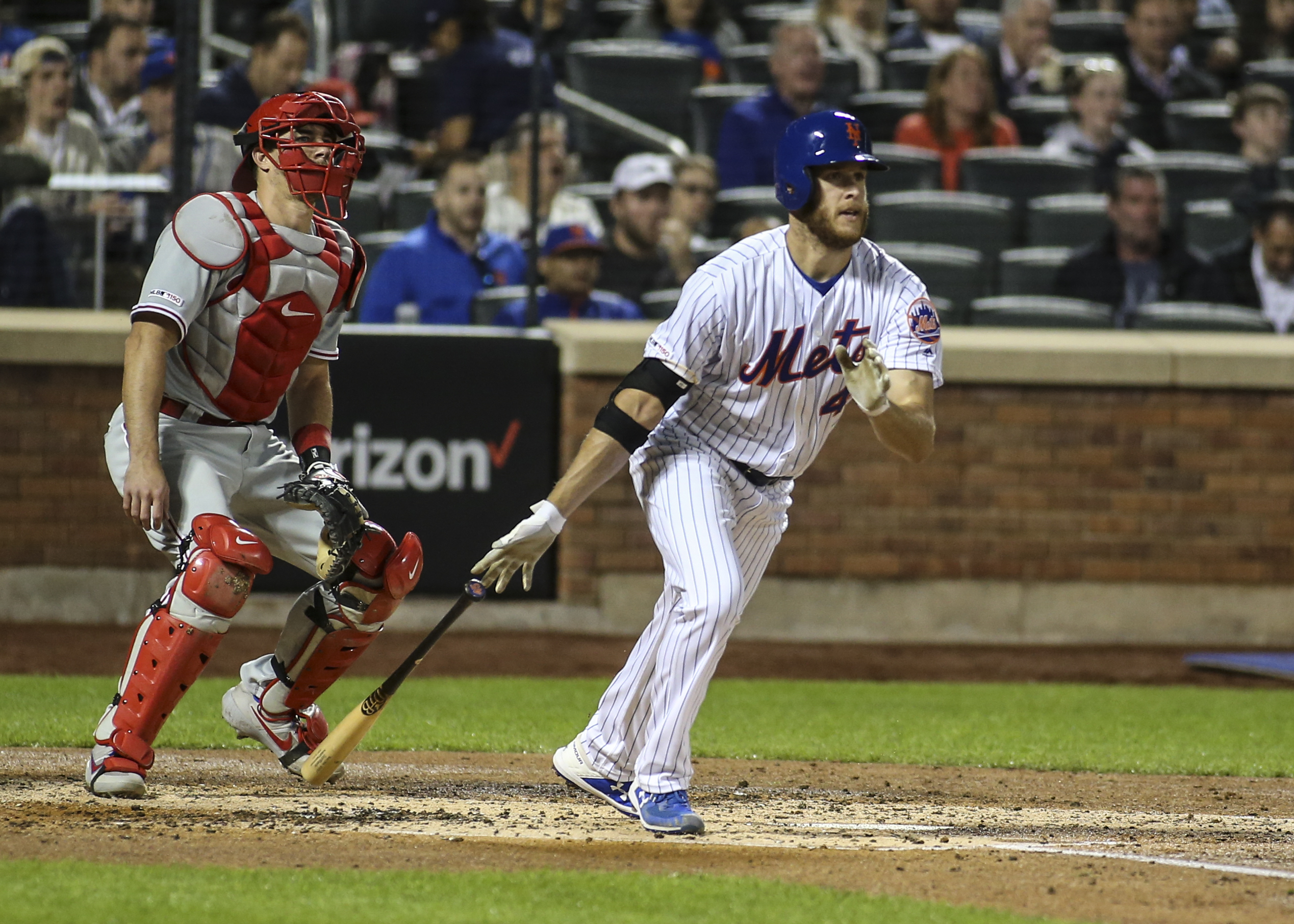 It’s almost as if we’re disappointed when a Mets pitcher doesn’t go seven shutout innings and drive in three runs every night. That’s the pedestal we have put these “four aces” on in the last few seasons. But as Zack Wheeler was mowing down the Phillies lineup, I even let myself dream of a world where everything is clicking for the Mets.

I mean, even the most “weak, pessimistic Mets fans” such as myself have to be thinking that not only are the last two games a nice bounce back after the disappointing end to the road trip. And now you’re thinking “okay, the team is hitting … Matz looked good … Wheeler looked great … deGrom is coming back, and as it turned out Syndergaard was sick against St. Louis … the Mets are hitting … Familia looks better … the rest of the division should have destroyed us when they had the chance … squeeeeeeeee!” While this isn’t going to be 2006 when the Mets turned a few wins into routing the division by the All-Star break, the Mets can hopefully ride this sudden wave of renaissance into a small early cushion that can be used for when they realize it’s June and they’re due for a slump.

Wheeler was spectacular. Seven shutout innings with 11 K’s (all in the first five innings) and no walks in a tidy 105 pitches. He added a two run double in the second and an oppo taco dinger over the original left field wall in the fourth. Then in the fifth, the Phillies walked Jeff McNeil to get to Todd Frazier with the bases loaded. Truth be told, I would have done the same thing, especially with Frazier probably trying to find his timing coming back from injury. But he crushed a salami to make it 8-0 and that was basically your ballgame.

The two story lines that dominated besides Wheeler: First, Brandon Nimmo was lifted due to “oblique discomfort“. Sounds benign, but obliques are tricky. A couple of days can turn into four months.

Then there was Jacob Rhame in the ninth inning:

The pitcher wasn't mad at the Phillies he's just sick of the prices at Whole Foods pic.twitter.com/gzw5KrEj66

And there was a second pitch that sailed high too.

Rhys Hoskins on if Jacob Rhame was intentionally trying to hit him:

"He didn't miss up and in or out and up to a lefty the rest of the inning…I'll let you decide" pic.twitter.com/O5Wkixz7hj

Jacob Rhame denied any intent on his pitch that buzzed Rhys Hoskins tonight.

“I was just trying to work inside," he said.

Asked if he was surprised by Hoskins' reaction, Rhame said:

“Surprised? When you accidentally sail one, it’s probably pretty scary. I’d get pissed, too.”

So after McNeil and Pete Alonso got hit on the hands last night, was Rhame intentionally throwing at Rhys Hoskins? Maybe. I can’t be sure that Rhame wasn’t going after his back and got his head instead. But twice in a row? I find it hard to believe that Rhame, who has walked close to three batters per nine innings in his professional baseball career, would be stupid enough to throw two purpose pitches in a row. Taking into account what happened on Monday along with the score and situation on Tuesday, I’d be willing to buy that maybe he threw at him once. Maybe. Twice? It’s Jacob Rhame. It isn’t Bob Gibson.

But in this climate of frowning heavily upon purpose pitches, I can’t believe that Rhame would even think about retaliating for two pitches that obviously sailed away from Phillies pitchers. Reckless? Sure. Intentional? No. Should Mets pitchers throw more inside as a general rule instead of picking a spot in the ninth for vigilante revenge? Absolutely. Is Rhame wild enough to sail two unintentional pitches completely out of whack? Sure. Nothing would surprise me.

But the best part of all this is that no matter what the intent was or wasn’t, the Mets are currently dancing in the Phillies’ heads. Between Matz, Wheeler, and Rhame, there’s a large headed mascot renting space in the psyche of Philadelphia. For this to come one day after Jake Arrieta admonished Mr. 330 about getting tossed from a tight rivalry game in the fourth inning, the Phillies are reeling. It’s time to stomp on their throats with a sweep on Wednesday.

Never you mind that Jason Vargas is starting.