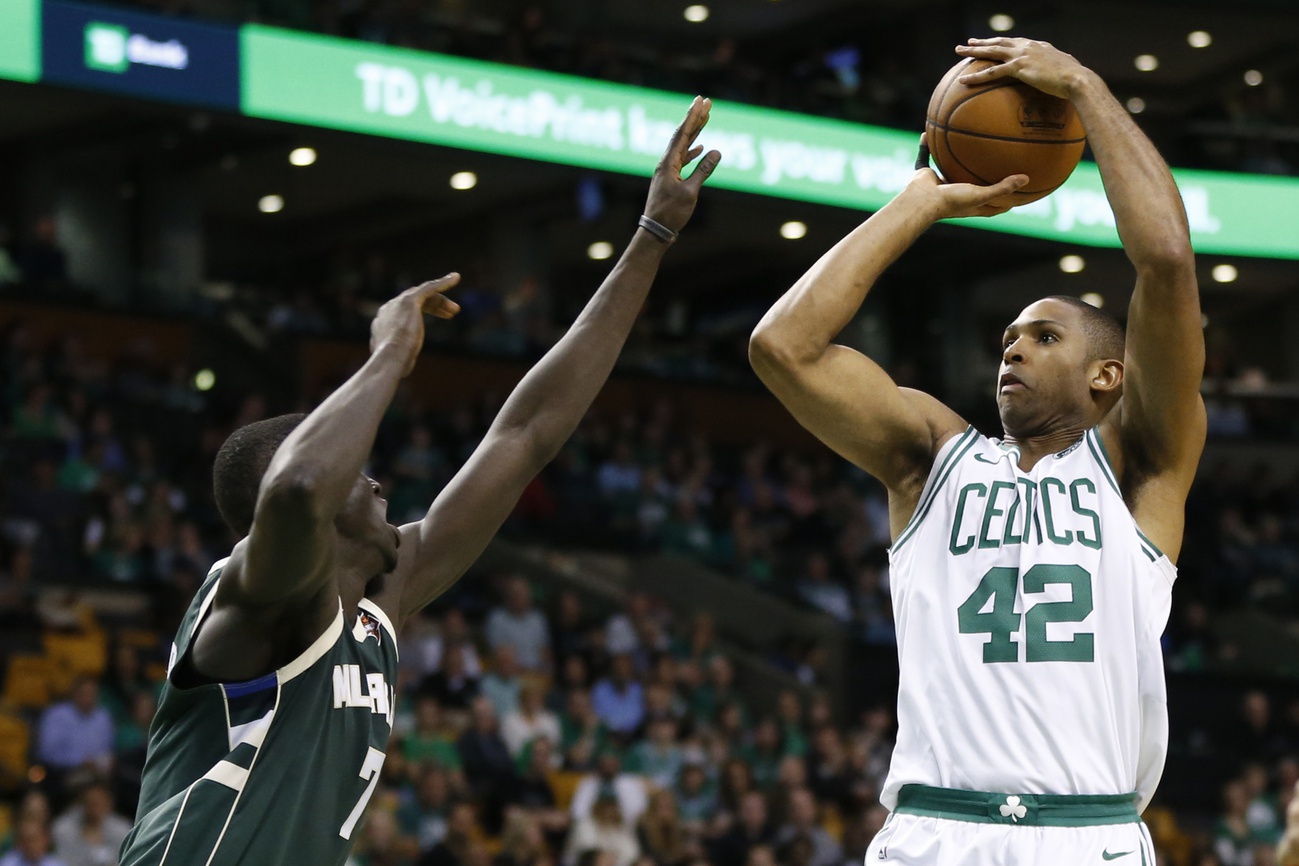 We often wonder what opposing teams, their beat reporters and bloggers are saying about the Celtics. Here’s a look at some enemy chatter from Milwaukee.

Of all the teams who seek to take down Milwaukee, Boston’s approach to solving Mike Budenholzer’s zone drop defense is one of the most promising. In the zone drop, the center (whether it’s Brook Lopez, Ersan Ilyasova, or sometimes Nikola Mirotic or Giannis) will sag far off from the screening action while the ball defender (usually a wing or a guard) fights through (over more often than under) the screen to keep the ball handler from taking a high-value shot. Unless the ball handler is an exceptional pull-up three-point shooter (which Kyrie Irving is), they will either pass to a teammate or dribble inside the arc…where the decision becomes either challenging the big man at the rim or taking a lower-value jump shot (the dreaded long two).

Kyrie’s wizardry aside, the hole that the offense can exploit is with the screener, often a big and often on the wing or at the top of the key. Bigs who can shoot the three find themselves wide open (Lopez and Ilyasova obviously struggle to cover ground when hanging back in the paint), so if the pick-and-roll becomes a pick-and-pop, all the screener needs to do is take the open jumper. Al Horford (3PT%: 36.0) can do this, as well as dribble or pass to another opening. Ditto for Aron Baynes (3PT%: 34.4) and Daniel Theis (3PT%: 38.8).

This dynamic has been how Milwaukee achieved an elite defensive rating (105.2, first per basketball-reference.com): they allow a lot of threes (36.3 attempts per game), but they’re usually successful funneling those shots to worse/less frequent shooters. But the Boston Celtics have a number of capable shooters (eight players at 36.0% or higher), and they were not shy taking open threes in the regular season against Milwaukee. In those three games, the Celtics averaged a 3PAr of 0.486, over ten points (and nearly 30% higher) than their regular average (0.381). This is as red of a flag that you’ll find if you’re rooting for Milwaukee.

This is a pretty good preview of the Celtics/Bucks playoff series. As I referenced in yesterday’s Dump, for all their defensive prowess, the Bucks are weakest on the perimeter (where they rank 23rd in 3P FG%).

They also talk about the rebounding and how Milwaukee held a decisive advantage in two of their regular season wins. I’m encouraged by Boston’s rebounding performance vs Indiana and hope the trend continues.