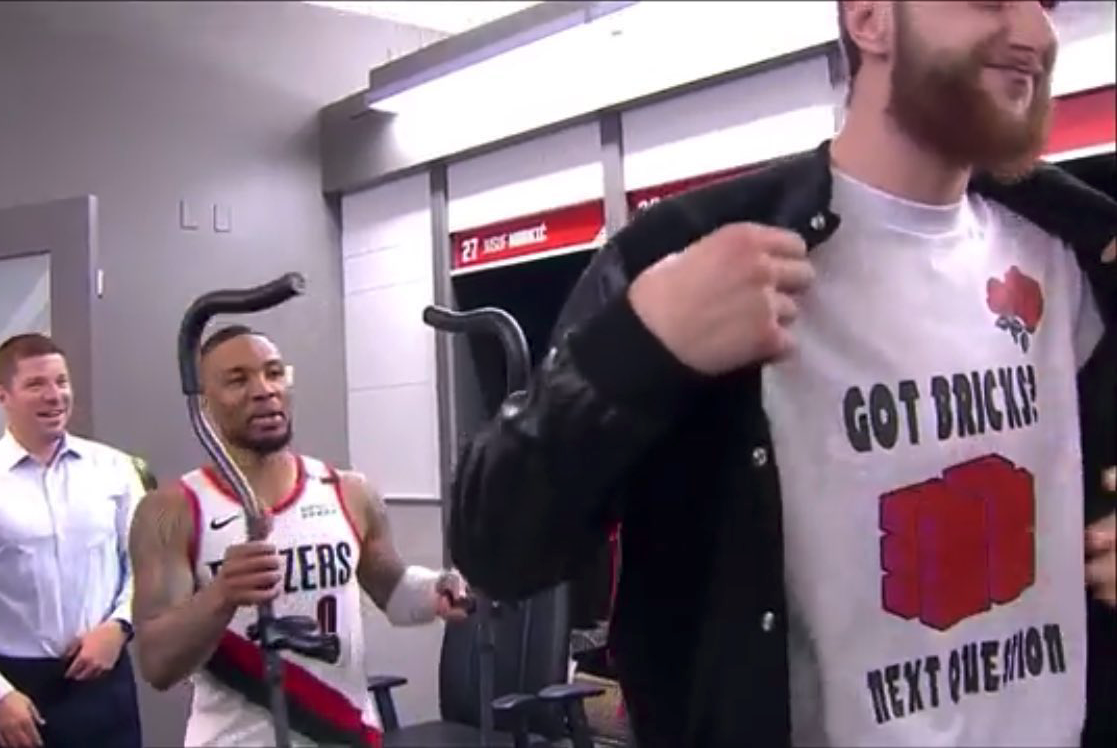 After throwing jabs at each other in interviews and on social media, the beef between Jusuf Nurkic and Russell Westbrook has escalated to the highest form of trollery in the NBA: T-shirts.

The injured Trail Blazers center showed up to Game 5 with a shirt that read “Got Bricks? Next question.” It’s no secret that Westbrook has been struggling with his shot in the playoffs, and the Thunder star has been less than thrilled to answer questions from the media lately.

Annnd just got a clean look at the shirt Jusuf Nurkic was wearing tonight: “Got Bricks? Next question.” pic.twitter.com/tLEKz2hU1O

Westbrook shot a little over 36 percent from the field and just under 30 percent from 3-point range in the series against Portland. He actually had one of his better performances in that pivotal Game 5 on Tuesday night, but it wasn’t enough to keep Oklahoma City’s playoff run alive.