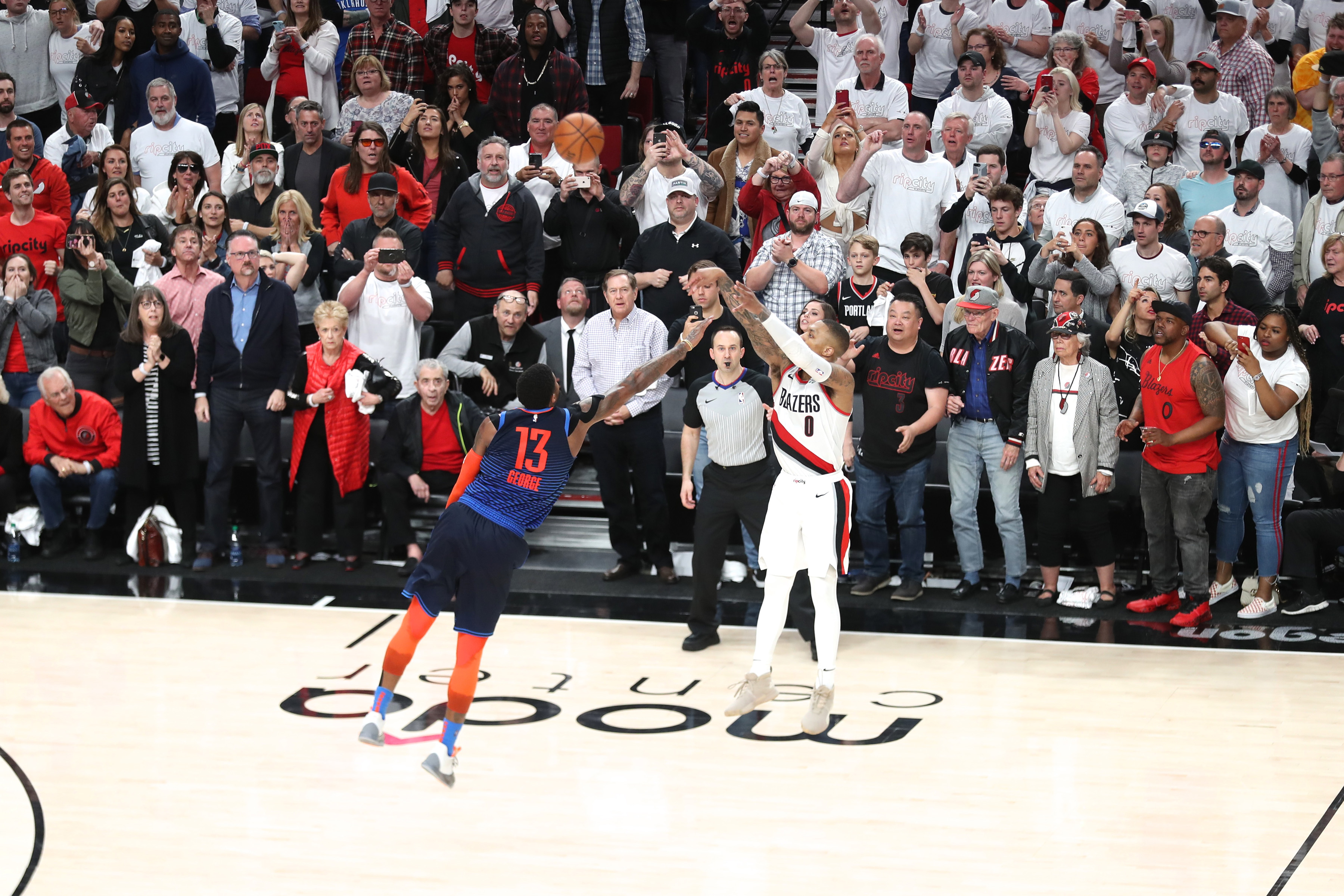 Pulling up from the logo with the game on the line might seem like a bad shot to some, but not when you’ve got Damian Lillard’s range.

The Trail Blazers guard drilled a 37-footer as time expired to close out the series against the Thunder on Tuesday night. Paul George, one of the best defenders in the NBA, was guarding Lillard on the last play of the game, and he was asked in the postgame press conference if he could live with the results of letting a player shoot from that distance with the game on the line.

But as ESPN’s Rachel Nichols pointed out, what might seem like a bad shot to some is a very makeable shot for Lillard.

Something to think about for the team that plays Portland in the second round of the playoffs.