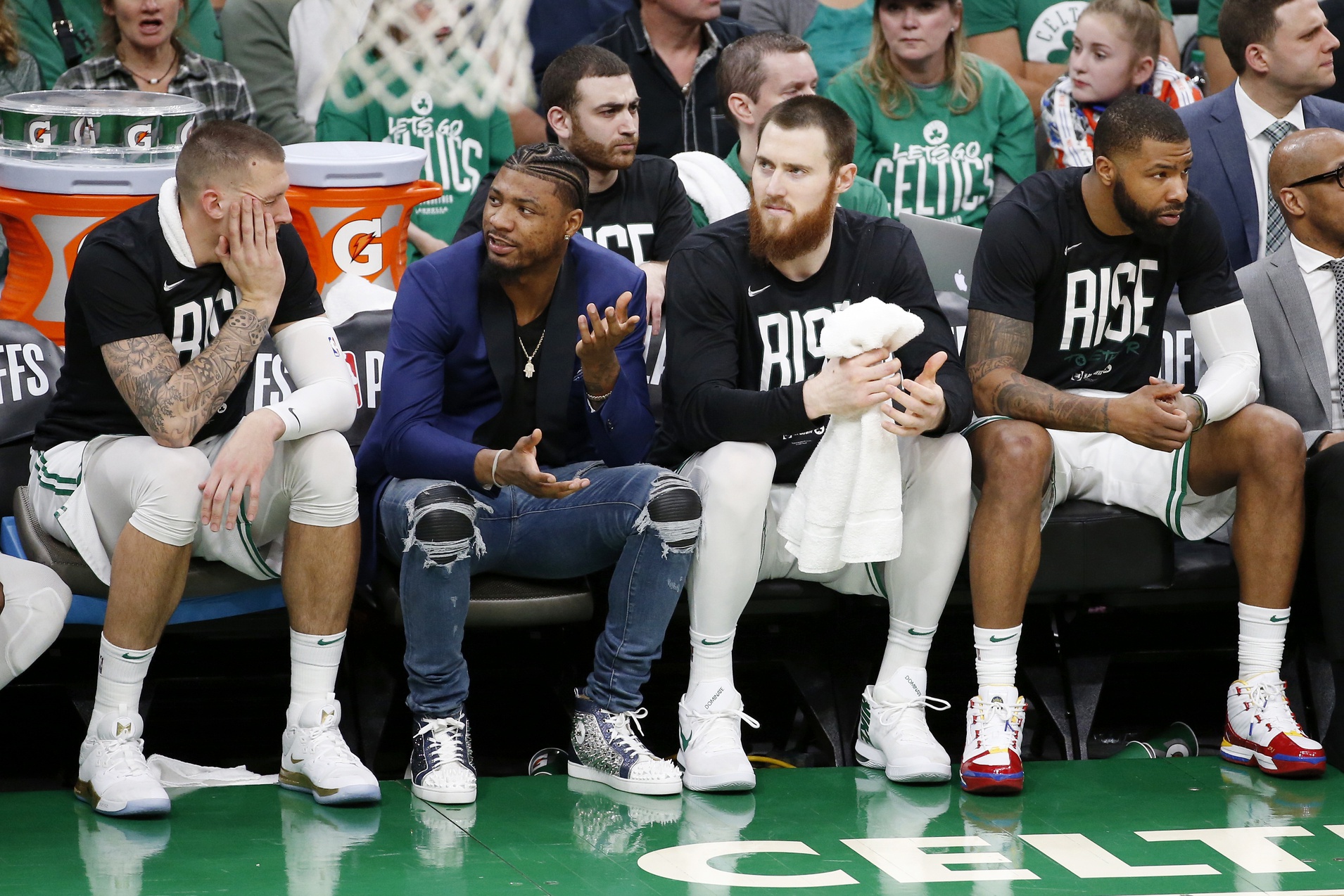 “I didn’t really see (Smart’s treadmill workout),” Stevens said. “It doesn’t surprise me, because they said he’s making good progress. But it didn’t sound like the timeline was changing all that much from when I last talked to the training staff about it. I really haven’t talked about it in the last probably week or so.

“I know he’s not close to playing. I know he’s progressed well, but I don’t know what that means.”

“We’re coming up on the two-week mark, and once again, I said earlier in the week, I’m still very ecstatic with the progress that I made,” Smart said. “I’m obviously nowhere near coming back but to be able to get back on the court, get some shots up and be able to do a little more things actively is great progress for me.

If I’ve learned anything over the past two seasons, it’s that speculating on injury timelines is futile. After Smart returned to last year’s playoffs with his hand still wrapped up, I wouldn’t be surprised to see him on the court in Game 1 against Milwaukee in a full body cast to protect that oblique.

Malcolm Brogdon could be back soon for the Bucks, which is a big, big deal without Smart ready to go for Boston. Milwaukee looks pretty deep, although I’ve held the position that depth can be overrated in the playoffs. Boston has been playing better with a condensed rotation, which should continue regardless of how deep Milwaukee goes into their bench.

As far as the matchup goes, my thoughts from series to series are unchanging. If it’s a good matchup for Al Horford, the Celtics can win. I think Horford can exploit Brook Lopez, so I like our chances.

“I think to some degree you’re mindful of what his tact is, right? You’re very mindful if you’re doing this, right? You’re very aware of what everyone’s tact is and the negotiating tactics and ploys that somebody might utilize — you’re gonna be aware of that,” Griffin said Tuesday on ESPN’s “The Jump.” “Danny’s not unique in that way that he’s got a very specific style. What makes the situation with Danny unique is we have the kind of relationship where we can really call each other on all that nonsense. Sort of, ‘this is what it looks like.’ I think because we have that ability it makes any conversation we would have along the way a fruitful one. I really don’t anticipate anything happening any time in the near term.”

This is weird, right? It probably won’t affect anything, but a public warning about the dangers of trading with the Celtics is… just really odd? I don’t know what to think of this. Is there intent here to hamper a potential trade with Boston? Am I reading too much into a silly interview about David Griffin and Danny Ainge being friends? (I’m almost certainly reading too much into it)

I’m firmly in the “keep all the young players instead of trading for Davis because they’re way cooler” camp despite my better judgment. Davis is a top-five talent. Jaylen Brown has a great fashion sense. It’s a no-brainer if you ask me. If any other media members want to run interference on trade talks, have at it.

MassLive: Why the Eastern Conference Semifinals boils down to Al Horford vs. Brook Lopez

Boston Herald: Celtics on the other end of the odds after fumbling as favorites this season