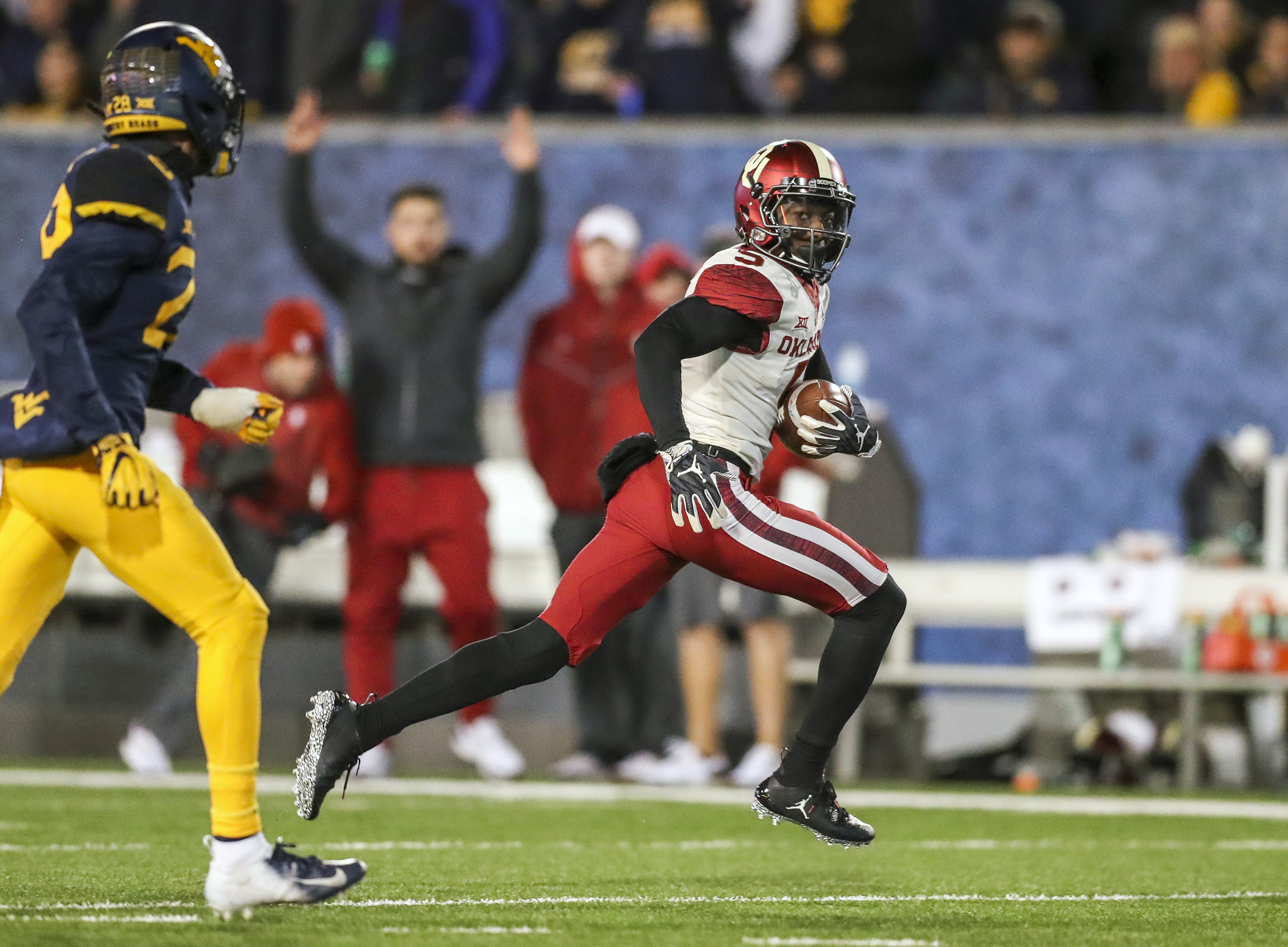 With the 2019 NFL Draft set to begin in a few hours, rumors are swirling around about which players teams are targeting or players who might be either flying up or sliding down various teams’ draft boards.

One team, who has their eyes on a particular offensive playmaker on Day 1 of the draft is the Philadelphia Eagles.

According to Benjamin Solak of Bleeding Green Nation and The Draft Network, if former Oklahoma Sooners wide receiver Marquise “Hollywood” Brown is still available at No. 25 for the Eagles, then he will “90 percent” be the selection.

Solak also added that the Eagles are willing to trade up to surpass the Baltimore Ravens, who own the No. 22 overall pick and could take the speedy wide receiver.

Nevertheless, it does not come as a surprise to hear Brown being linked to the Eagles leading up to the draft.

Over the last few weeks, many draft analysts and writers have had the Eagles taking the high-flying wide receiver in their latest mock drafts.

Mel Kiper Jr. compared Brown to current Philadelphia Eagles wide receiver DeSean Jackson in his latest mock draft. If the speedy Brown turns out to be anything close to Jackson, then that would be a dynamite selection.

Despite his 5-foot-9 and 166-pound frame, Hollywood Brown was one of the most explosive players in college football over the last two seasons.

In 2017 as a sophomore, Brown had 57 receptions for 1,095 yards and seven touchdowns (13 games played). While that was impressive for a player, who spent the previous season playing JUCO ball.

Brown followed up his outstanding sophomore campaign with a superb junior season, where he had 75 receptions for 1,318 yards and 10 touchdowns.

For more information on Brown’s game, here’s what NFL.com Lance Zierlein had to say:

“Hollywood” is a skinny, but speedy receiver with game-breaking potential on every snap. His ability to race past cornerbacks and separate deep will require specific coverage and safeties ready to help. His thin frame is a liability when faced with contested catches both short and deep, and long-term durability is a legitimate concern. However, his ability to threaten deep with long speed and short as an elite run-after-catch talent gives him a chance to become the most impactful wideout in this draft.

Even though he is not the biggest player on the field as Zierlein pointed out, Brown has game-breaking speed, which cannot be taught and would be a fantastic addition to any offense.

Therefore, it should be interesting to see if the Eagles make a move for the speedy wide receiver or go a different route at No. 25.