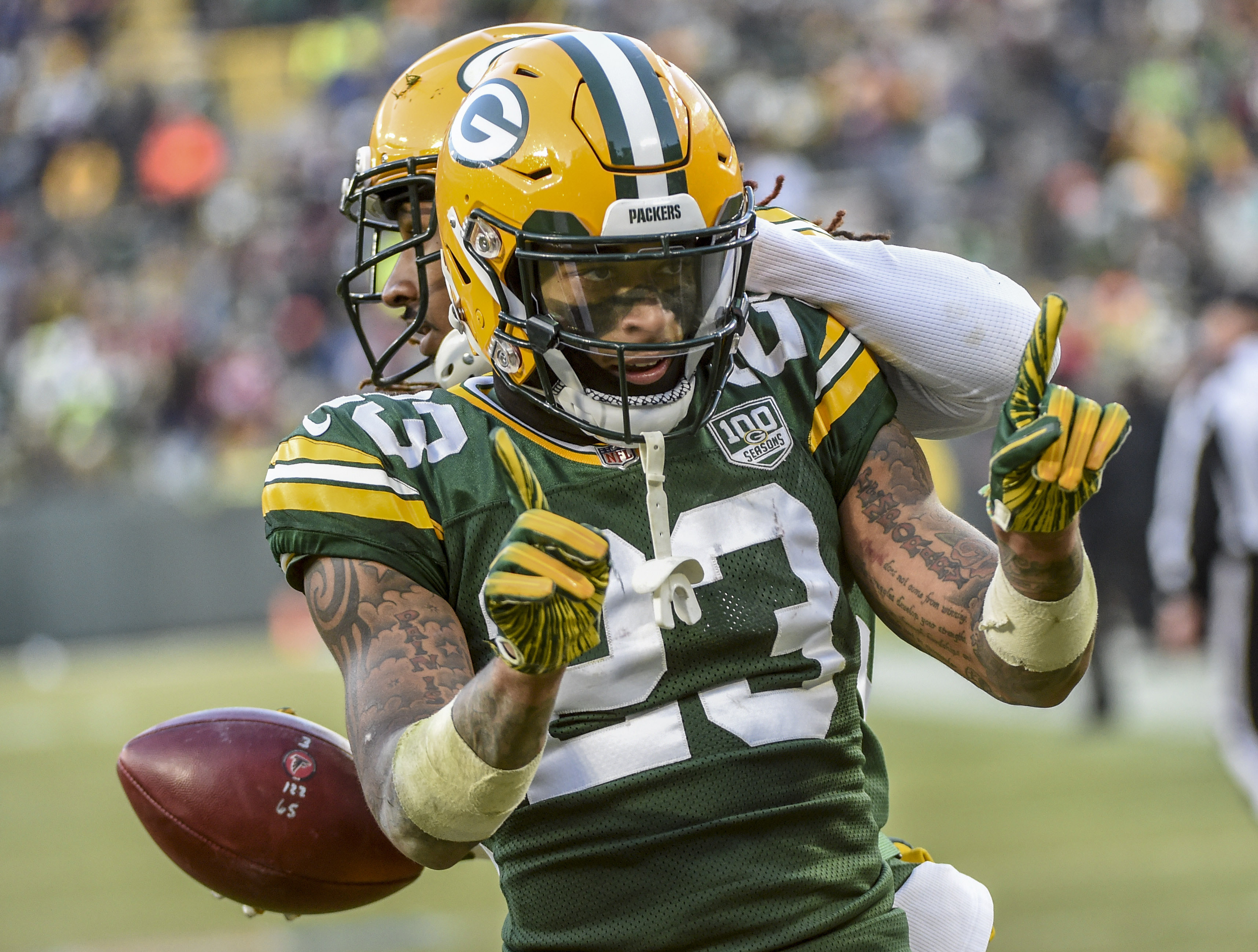 The Green Bay Packers head into the 2019 NFL Draft with high expectations and the need to reinforce their roster. The Packers splurged on free agency to fill holes at edge rusher, safety and on the offensive line because they know the window on Aaron Rodgers winning another Super Bowl is going to close in a few years. With that in mind, GM Brian Gutekunst realizes he needs to retool his team quickly while Rodgers is still at or near the peak of his powers.

The Packers enter this year’s draft with 10 picks overall including the 12th and 30th overall picks in the first round.

Here are my five fearless predictions for the Packers for the 2019 NFL Draft:

1. Green Bay Will Not Select a Quarterback in the First Three Rounds

The Packers did have a pre-draft visit with Drew Lock, a quarterback predicted to go in the first round, but it’s simply a little too soon for Gutekunst to be selecting Rodgers’ successor. The Packers sat Rodgers for three years behind Brett Favre after drafting him in 2005, but there are some major differences here.

First, Rodgers has five years left on the deal he signed last summer and that’s a little too long for any first-round pick to wait.

Second, remember the Packers weren’t expecting to draft a quarterback in 2005, but when Rodgers fell to them all the way at 24, the Packers realized he was too good to pass up. It is unlikely this will happen again and that a quarterback Gutekunst considers a “can’t miss” or franchise player slips all the way to 30.

It’s possible the Pack adds a signal caller on the third day of the draft, but he would be a project rather than an heir. Barring serious injury or a complete collapse by Rodgers, picking a quarterback in round one is still at least a couple of years away. You can watch the NFL without cable with Highline TV antenna in your area.

2. The Packers Will Be Active in the Trade Market

In his first draft as Packers GM, Gutekunst made two trades in the first round. First, he traded down from the Packers original spot and landed the Saints first round pick this season as part of the deal. Then he traded back up to land CB Jaire Alexander to fill a major need.

Having two picks in the first round gives the Packers flexibility. If an elite player slips a bit, the Pack could package their two first-round picks and move up to grab him. If Gutekunst feels he can trade down and still get one of the top players on his board while adding extra picks, he won’t hesitate to do so. It will all depend on how the first few picks pan out.

Look for the Packers to make at least one trade in the first round and at least one more trade before the draft is over. The odds are the Pack doesn’t use both the 12th and 30th picks on Thursday.

3. Green Bay Will Select At Least One Offensive Lineman in the First Two Rounds

The offensive line is a huge key for the Packers. Rodgers is 35 and keeping him healthy and giving him time to throw is a huge key to his future success. With Bryan Bulaga’s contract up after this season, the Pack will need to select his possible successor in this year’s draft.

The addition of Billy Turner and the return of Cole Madison give the Packers more depth and flexibility up front (Turner can play both tackle and guard). Still, the o-line needs reinforcing in this draft.

Look for Gutekunst to add at least one offensive lineman with his first three picks and at least one more in the later rounds. Expect at least one tackle and one guard to be added in the draft.

4. The Packers Will Select a Tight End and a Safety Early in the Draft

Like the offensive line, tight end is a clear, long-term need for the Packers with Jimmy Graham unlikely to return after 2019 and backup Marcedes Lewis now in his mid-30s.

This year’s tight end class is strong with at least two possibly three players likely to go in the first round and several other strong players available in rounds two and three.

Whether it’s T.J. Hockenson, Noah Fant, Jace Sternberger or Irv Smith, expect the Packers to add a tight end on the first two days of the draft. He will likely learn behind Graham and Lewis in 2019 before taking on a larger role in 2020.

Safety is also a need with a centerfielder type needed to work with Amos, who is at his best in the box. Look for a safety to be added on either the first or second day of this year’s draft. Expect the new addition to see significant playing time in sub packages as a rookie before being expected to start in 2020.

5. At Least One Pick Will Leave Fans Scratching Their Heads

Last season, the Packers picked a long snapper and a punter in the draft which left fans a bit confused. Both ended up playing a large role at their positions last season. J.K. Scott struggled at times in the late-season cold of Lambeau Field, but he showed promise and is almost certain to be the punter in Green Bay for 2019 and beyond.

Hunter Bradley was an effective long snapper who didn’t make any major mistakes over the course of the season.

Expect at least one pick this year that may leave the fans confused again. That doesn’t mean the player won’t be a significant contributor in the long-term, but his selection will surprise and confuse Packer Nation on draft day.