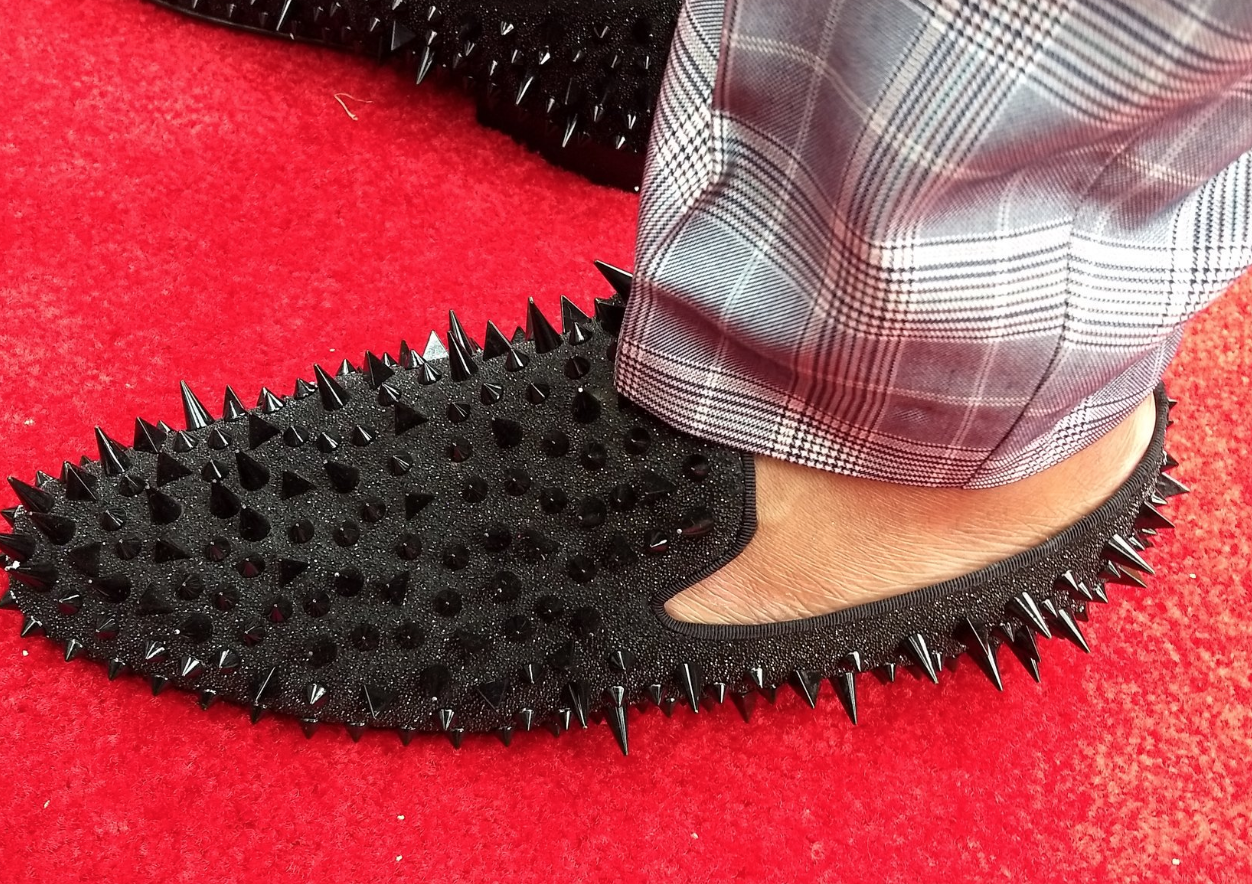 Stop what you’re doing right and check out what Florida tackle Jawaan Taylor wore at the NFL Draft red carpet on Thursday night.

Taylor is quite a large man — one of the biggest who will have his name called over the next few days at the big event. At six-foot-five, 380 pounds, we hope that the podium can even support him, as Taylor is large enough to create an earthquake with just his steps alone.

But at least he has the footwear to support himself. Check out these awesome spike shoes he wore on the red carpet.

We’d love a pair. They’d serve as a great conversation piece, at the least.