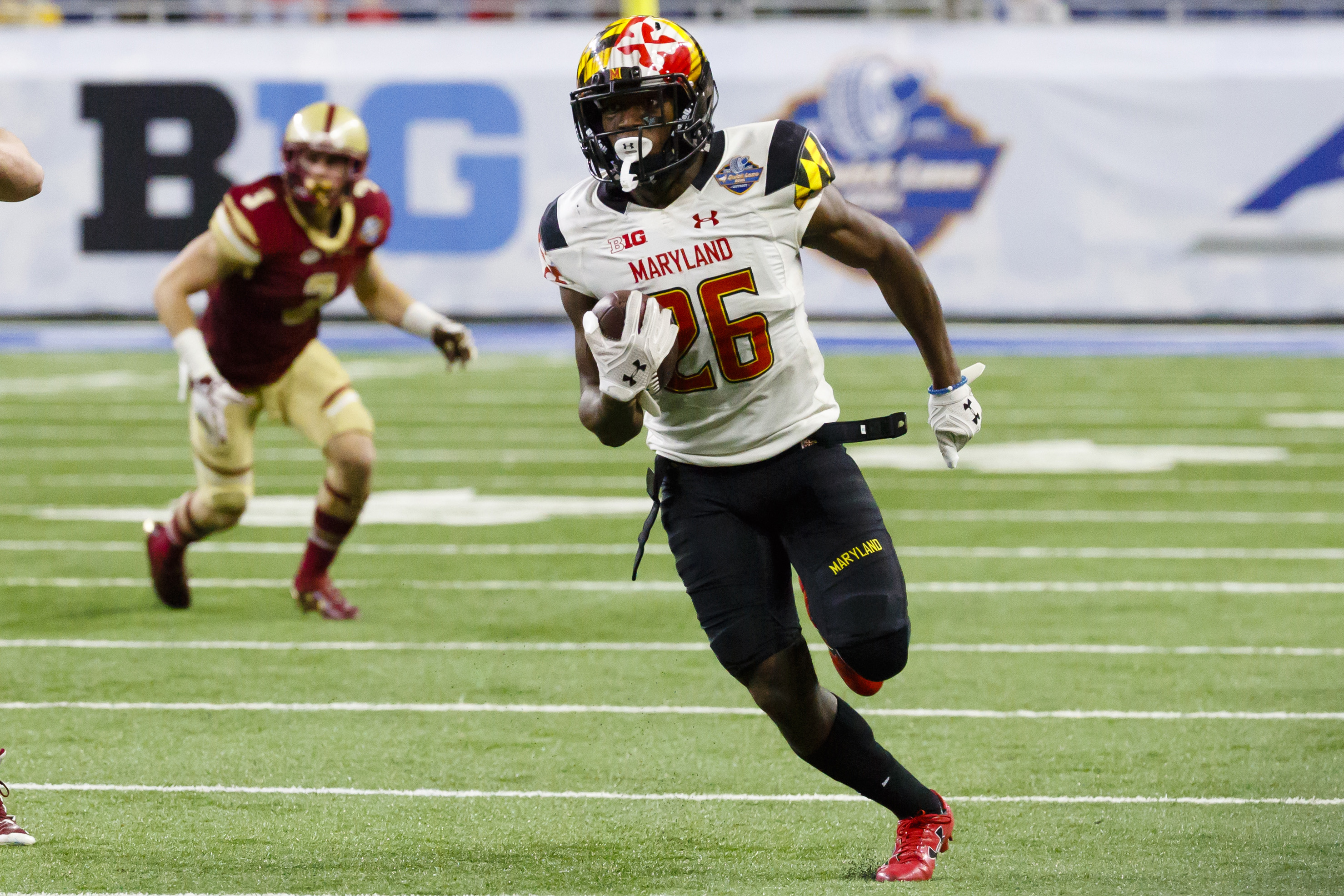 The Green Bay Packers traded up to the 21st pick in the first round of the 2019 NFL Draft and selected safety Darnell Savage of Maryland. Savage is an athletic player and a hard hitter with great range.

In order to move up to the 21st pick, the Packers sent the Seattle Seahawks the 30th overall pick plus two fourth round selections, the 114th and 118th overall.

Savage has been moving up most draft boards in recent weeks. During his four-year career at Maryland, he intercepted eight passes including four during his senior year. He had nine career tackles for loss and one sack. As a senior, Savage made 52 tackles in 12 games.

The Packers expect Savage to play at free safety opposite Adrian Amos. He is an intense, smart football player with good speed and acceleration. He is not afraid to hit and can play free safety or play in the slot if needed. Savage is also a potential standout on special teams, an area the Packers need to upgrade in 2019.

The biggest question about Savage is his lack of size. He is listed at 5’11” and 200 pounds which means he will be giving up several inches to most receivers, especially tight ends.

Savage is a three-year starter and has demonstrated leadership skills. He played some of his best games against top competition including Maryland’s late-season duel last November with Ohio State.

The Maryland product has good football smarts and is rarely out of position which contrasts sharply with former Packers safety Ha Ha Clinton-Dix.

Savage overcame a severe leg injury in high school that included a broken femur and a dislocated knee, but he was able to rehab and return to action.

“To have something like that happen, it takes a toll on your mental side,” Savage told reporters at the NFL Scouting Combine. “I think it made me a better person, family member, friend. I think I really matured after that happened. I thank God every day that it happened to me. I think I have something that’s really unmeasurable and that’s my heart. I play a lot bigger than I am.”

Scouts have been increasingly impressed with Savage after his standout performance at the Senior Bowl and his strong showing at the Scouting Combine.

“There’s no player that’s got more steam and momentum right now in this draft than Darnell Savage,” Daniel Jeremiah, a draft analyst for the NFL Network told reporters last week. “Teams love him, love him to the point where I would not be surprised if he found his way into the first round. The only thing he’s lacking is just kind of ideal size, a little bit undersized, but he ran 4.3 [40-yard dash], he plays to that 4.3. I would say absolutely he’s a top-40 pick, and I think he’s got a real chance to sneak into the first round.”

With their two first-round picks, the Packers bolstered their defense. This last time the Pack used a first-round selection on an offensive player was 2011 when they picked OT Derek Sherrod with the 32nd overall pick.