Raiders could reportedly trade up for Nick Bosa 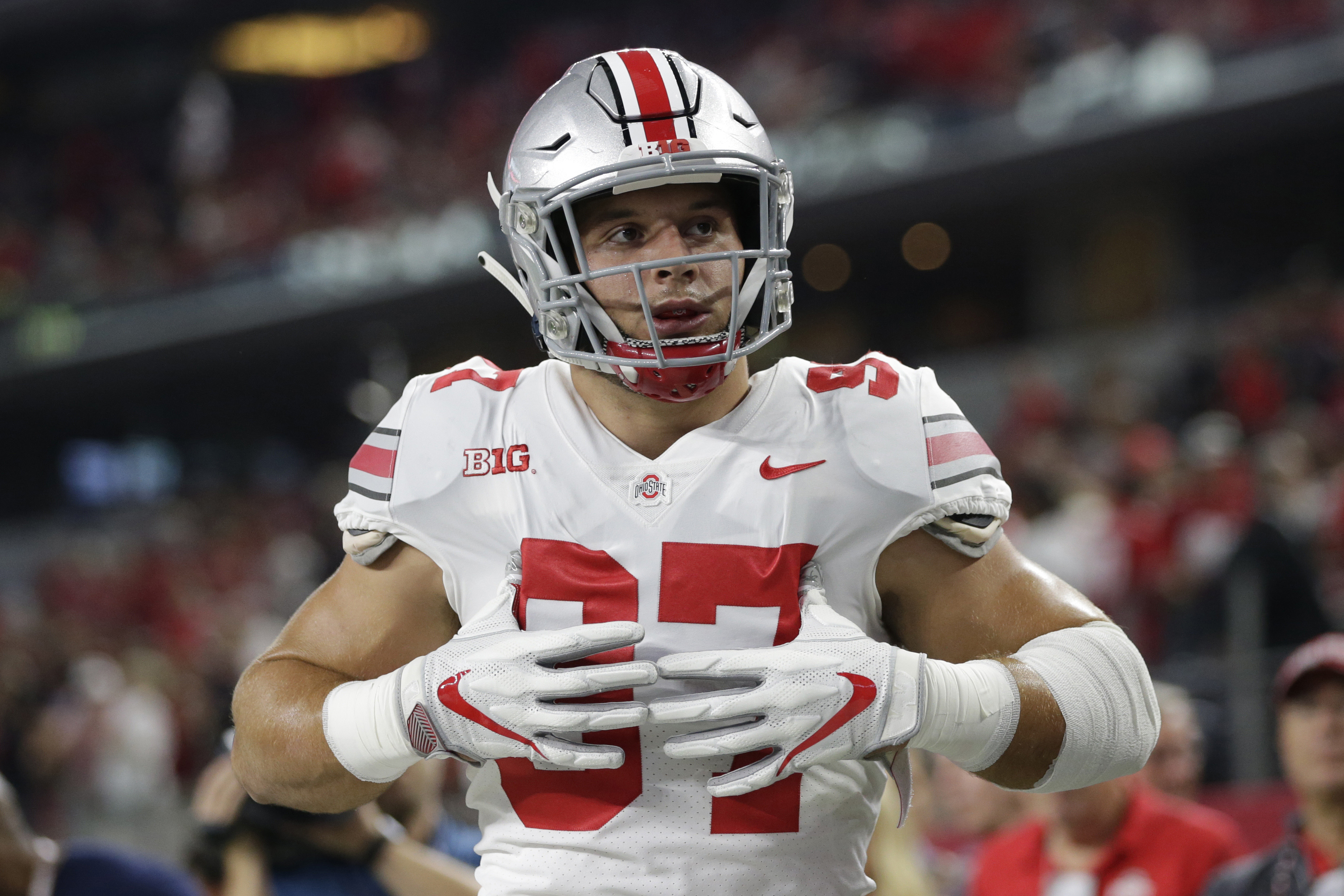 Raiders could reportedly trade up for Nick Bosa

As the start of the NFL draft draws closer, rumors continue to fly of who the Raiders will take with the fourth pick overall.

There was talk that a quarterback might be the pick after it was reported that Ohio State’s Dwayne Haskins moved up Oakland’s draft board late this week.

As the #Raiders ponder where to go with their fourth overall pick, worth noting: Oakland brass moved QB Dwayne Haskins up their board late this week, source said. He impressed them in his workout, and could be a consideration at No. 4 🤔🤔.

Now, Nick Bosa’s name has entered the mix. As ESPN’s Dan Graziano explains, there could be a scenario where the Raiders trade up for the Ohio State pass-rusher.

2. I do not think Raiders are planning to take a QB at 4 or move up to take one, but one odd scenario that has come up is the idea of moving up from 4 to get Nick Bosa. Maybe to 2 if SF has its eye on Josh Allen anyway. Farfetched, but it's been discussed.

After trading away Khalil Mack to the Chicago Bears last season, Bosa would make sense for Oakland, certainly more sense than drafting a quarterback with Derek Carr on the roster.

Still, the Raiders are more than capable of getting a solid defensive player at No. 4. As Graziano points out, Quinnen Williams or Ed Oliver could still be there when the Raiders go on the clock, and both are regarded as some of the top players available.