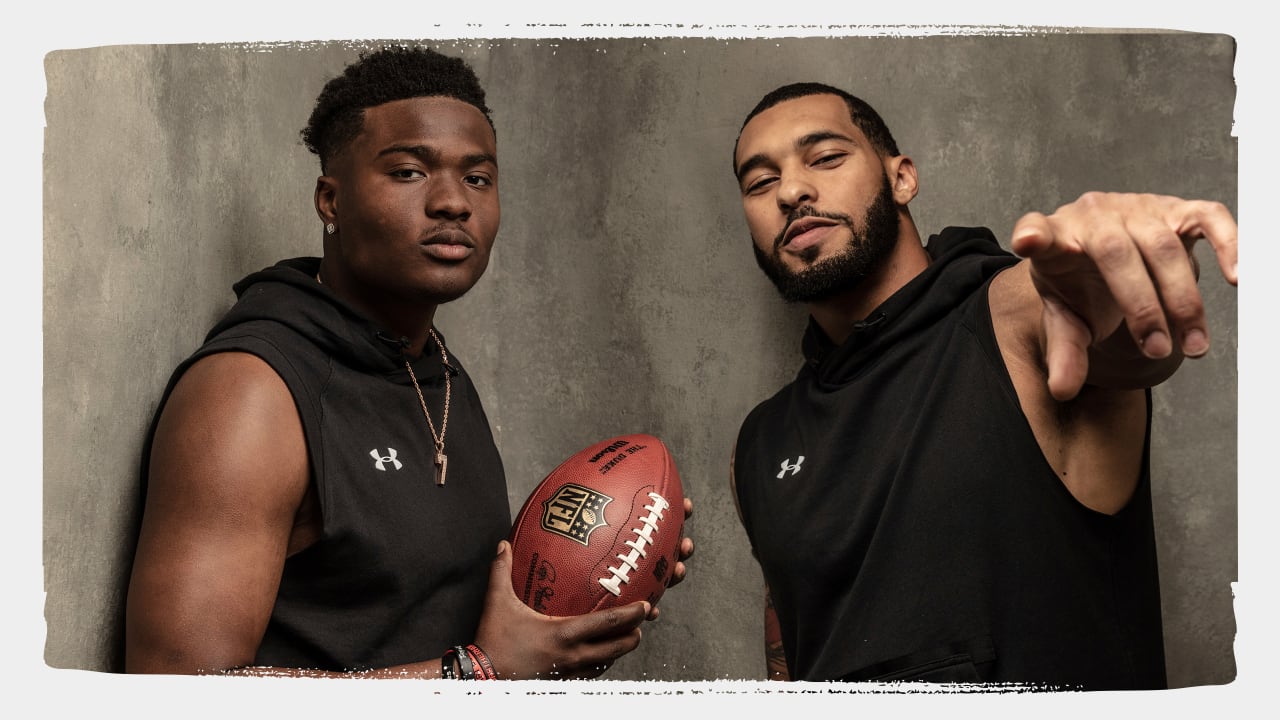 LOUDOUN COUNTY, Va. – The Washington Redskins selected quarterback Dwayne Haskins (No. 15 overall) and linebacker Montez Sweat (No. 26 overall) in the first round of the 2019 NFL Draft.

It is the first time the Redskins have drafted two players in the first round since the 2005 NFL Draft when the organization selected Auburn’s CB Carlos Rodgers (No. 9 overall) and QB Jason Campbell (No. 25 overall).

In 2017, Haskins completed 40-of-57 pass attempts (70.1 completion percentage) for 565 yards and four passing touchdowns. He averaged 9.9 yards per pass attempt and 70.6 yards per game and finished the season with a 173.09 passing efficiency.

Haskins, 21, attended the Bullis School in Potomac, Md., where he registered 5,308 yards passing and 54 touchdowns in his career. He was named a first team consensus All-Maryland quarterback his senior year after completing 170-of-286 pass attempts for 2,217 yards and 20 touchdowns. He was rated a Top 5 pro-style quarterbacks in his class. He earned Washington Post All-Metro and Interstate Athletic Conference Player of the Year honors. He was born May 3, 1997.

Sweat (6-6, 245) played in 26 career games at Mississippi State University from 2017-18, compiling 101 tackles (48 solo), 29.5 tackles for loss, 22.0 sacks, a forced fumble and one fumble recovery. He earned first-team All-SEC honors by both the Associated Press and coaches in each of his two seasons in Starkville. He was a 2019 Senior Bowl selection after leading the Bulldogs in sacks for a consecutive season.

As a senior last season, Sweat received first-team honors by the Football Writers Association of America, Sporting News and Phil Steele. He appeared in 13 games and collected 53 tackles (27 solo), 14.0 tackles for loss, with 11.5 sacks and a forced fumble.

In his junior season, Sweat started all 13 games in which he appeared leading Mississippi State with 10.5 sacks. He totaled 48 tackles (21 solo) and contributed 15.5 tackles for loss, and a fumble recovery.

A year earlier, he appeared in 12 games as a true freshman, tallying 20 tackles (nine solo) and 1.5 tackles for loss.