Timed With A Sundial 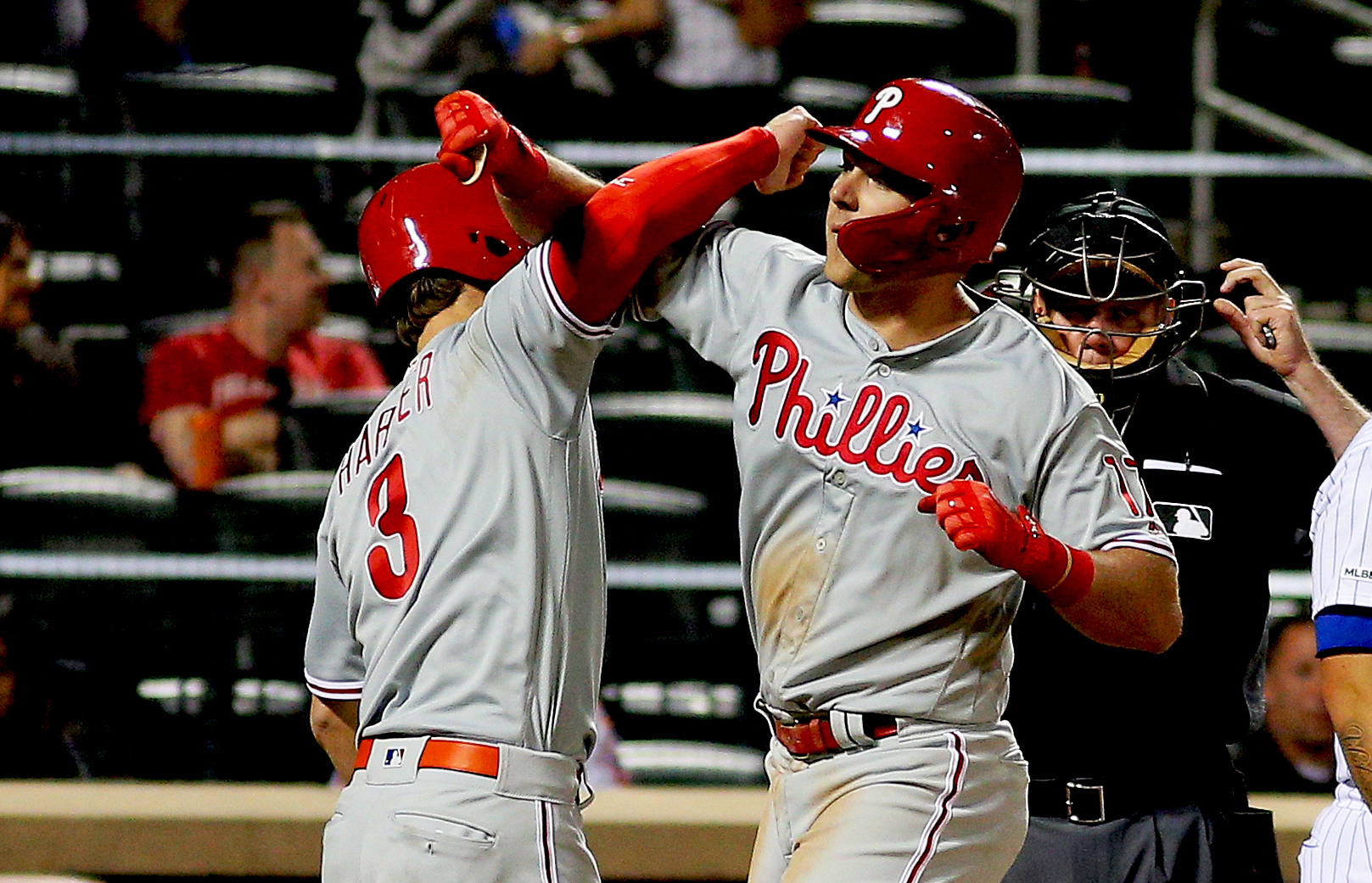 Timed With A Sundial

Well if the Mets were at all in the Phillies’ heads, they just got evicted.

The Phillies salvaged the final game of the series against the Mets with a 6-0 win … a win which was punctuated by Rhame vs Hoskins II, a battle which went to Hoskins by knockout … a two run HR in the ninth inning to bring the score to final. It’s a good thing the Mets have a day off, because Hoskins is currently touring the bases in a Winnebago and he should be touching the plate just … about … now.

If you throw at Rhys Hoskins in one game, and he homers off of you in the next game—he's going to take his time rounding the bases

Phillies are really good at pretending every slight against them is worth five, right?

"I don't look at it as retaliation." Hoskins on his ninth inning homer off of Rhame and the ensuing 34-second trot pic.twitter.com/zkaonnj2XV

Yeah, “enjoying the moment”. Because any time you hit a home run off a quadruple A pitcher to turn a four run lead into a six run lead, you stop and smell the roses. Whatever. Hoskins earned it, I guess.

My tin foil hat theory is that Mickey Callaway threw Rhame out there to either squash the beef one way or the other and not let it hang until the next time the Mets face Philadelphia in a couple of months, or if you’re thinking back to Terry Collins throwing Jordany Valdespin to the wolves after a bat flip on a home run (way back to a time when bat flips didn’t have their own countdown shows), maybe Callaway put Rhame out there to face the music on a potential revenge shot by Hoskins. If that’s the case, then we know what Mickey thinks about Rhame’s intentions on Tuesday. After all, a 4-0 lead is still within striking distance … a grand slam away. Jeurys Familia or even Edwin Diaz could have come in for that ninth inning with the day off tomorrow, to stay sharp if nothing else.

Theory minus tin foil is this: Rhame was in because he’s going down to Syracuse today or tomorrow and there’s no reason to waste a reliever in advance of the Brewers series. And if anything, the players (and Mickey), privately love him for what he did and will pay his steak dinners the rest of the season because if it.

Here's Jacob Rhame on Rhys Hoskins' slow trot. "He got me. If I make a better pitch, he doesn't get to run the bases." pic.twitter.com/27PiOjyDZy

Whichever theory you believe, you should mark June 24th on your calendar.