Where did the Lakers go wrong? 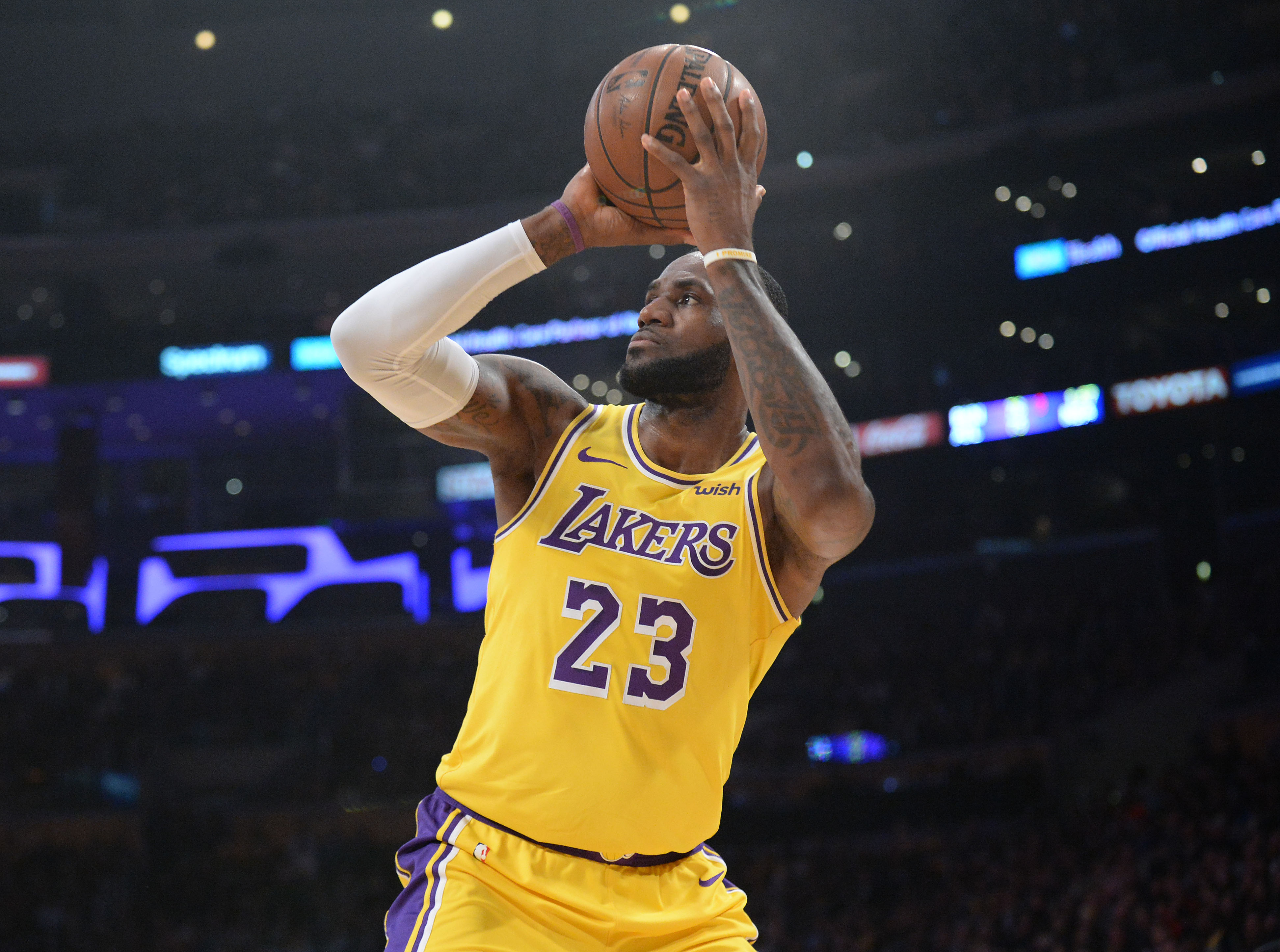 Where did the Lakers go wrong?

Kobe Bryant retired, and the prestige of the Los Angeles Lakers have seemed to go with it at the hands of…Magic Johnson?!

The first mistake was trading Lou Williams to the Houston Rockets for Corey Brewer and a 1st-round draft pick. Lou Williams is now on the Clippers, leading that team to the playoffs, and winning them games in crunch time. This trade was a terrible trade for LA, any way you look at it. This season, Lou Williams is averaging 20.3 points, on 43% shooting, 2.9 rebounds, 5.3 assists per game. He was the sixth man of the year last season, and this season, he could be the unanimous sixth man of the year.

The second mistake was trading D’Angelo Russell and Timofey Mozgov to the Brooklyn Nets for Brook Lopez and the 27th overall pick in the NBA Draft. The main reasons for trading him were to clear Mozgov’s salary, drafting Lonzo Ball, and for Brian Shaw’s criticism on Russell’s attitude and lack of leadership. Let’s start with getting rid of Mozgov’s salary, don’t get me wrong, the Lakers did the right thing by trading Mozgov and getting rid of his 4-year, $64M deal, but they also traded D’Angelo Russell. They could have sent different offers, excluding D’Angelo Russell from them. Jordan Clarkson and Larry Nance Jr. could have been involved in that trade since they were traded anyways to the Cavs for rentals in Isaiah Thomas and Channing Frye. They also got a 1st-round pick in that trade. Going back to my point, the Lakers should not have traded D’Angelo Russell. The second reason was to draft Lonzo Ball. A back-court featuring D’Angelo Russell and Lonzo Ball could have worked. Lonzo Ball is a pass-first point-guard, D’Angelo Russell is a shoot-first combo guard. It could have been a fun backcourt to watch. Lastly, Brian Shaw’s criticism of D’Angelo Russell, claiming that he had an attitude problem and a lack of leadership. Well, now, Russell is leading the Brooklyn Nets to the playoffs, and he is an All-Star, averaging 21 points, on 43.1% shooting, 3.8 rebounds, 7 assists, and 1.2 steals per game.

I know I said that the back-court of D’Angelo Russell and Lonzo Ball would have been a fun backcourt to watch. But, the Lakers made a mistake in drafting Lonzo Ball. Not because Lonzo doesn’t have tremendous potential, he is a great defender, has high IQ, hence he is a good playmaker, but the Lakers should have drafted De’Aaron Fox. Rumors are that Magic Johnson wanted to draft De’Aaron Fox, Jeanie Buss wanted to draft Lonzo Ball, and that’s why the Lakers drafted Lonzo. Let’s take a look at the numbers. Lonzo Ball in the past two seasons has averaged 10 points, on 38% shooting, 6.2 rebounds, 6.4 assists, and 1.6 steals per game. De’Aaron Fox has averaged 14.6 points, on 43.6% shooting, 3.3 rebounds, 5.9 assists, and 1.3 steals per game. Fox has played in 149 games, and Ball has played in 99 games. That is one reason they should have drafted Fox over Ball. Ball has not been able to remain healthy. He needs to be more aggressive and not shy away from contact and the big moments. I thought the Lakers should draft Fox before the NBA Draft. Many people told me that Lonzo is better than Fox based off last season. I agree to a certain extent; Fox did not have a good season in the 2017-2018 season. But, I knew that Fox was going to be in the gym day in and day out and improve his game, to prove that he is one of the best players in the 2017 NBA Draft. For me, Fox is the best player in the draft. This season, Ball averaged 9.9 points, on 40.6% shooting, 5.3 rebounds, 5.4 assists, and 1.5 steals a game. Fox is averaging 17.5 points, on 45.5% shooting, 3.8 rebounds, 7.3 assists, and 1.7 steals. As you can see, Fox is the Sacramento Kings franchise player. I don’t see that in Lonzo Ball yet. Hopefully, it will change soon if he doesn’t get traded that is.

Randle was my favorite Laker last season, and he gave it his all when he stepped foot on the basketball court. As he started seeing more play time, his game evolved and took off. Last season, he averaged 16.1 points, on 55.8% shooting, 8 rebounds, and 2.5 assists. His numbers would have looked better if Luke Walton had given Randle more play time from the start of the season. Brook Lopez was a big who could shoot the 3-ball and protect the paint. That’s what the Lakers needed, and they gave him up for nothing in return. There were rumors that the coaching staff wanted to bring back Julius Randle and Brook Lopez, but Magic Johnson and Rob Pelinka ignored that request.

Now that Magic Johnson has stepped down as the Lakers president, this is going to be the most significant off-season for Rob Pelinka. The Lakers did a poor job last season forming a team around LeBron James. LeBron needs players like J.J. Redick, Klay Thompson, Kyrie Irving, Kemba Walker, Nikola Mirotic, etc. Not players like Kentavious Caldwell-Pope, Lance Stephenson, and Michael Beasley. However, Beasley was not given a chance to prove himself. Rajon Rondo has been a good mentor for Lonzo Ball, and JaVale McGee has stepped up his game toward the end of the year, as we saw at the beginning of the year, and the Lakers could re-sign him for one year again, but this time may be a role off the bench, depending on if the Lakers can land DeMarcus Cousins or DeAndre Jordan in the off-season.

Apr 19, 2019; Indianapolis, IN, USA; Boston Celtics guard Kyrie Irving (11) shoots against the Indiana Pacers during the third quarter of game three of the first round of the 2019 NBA Playoffs at Bankers Life Fieldhouse. Mandatory Credit: Brian Spurlock-USA TODAY Sports

Before the trade deadline, the Lakers traded Ivica Zubac and Michael Beasley to the Los Angeles Clippers for Mike Muscala. That was a terrible trade for the Lakers. Zubac was a young big man who showed potential, and now he is helping the Clippers win games and make a potential push for the playoffs. They traded Svi Mykhailiuk to the Detroit Pistons for Reggie Bullock. Bullock was a decent addition, but they gave up Svi, who had potential as well.

I think another problem that the Lakers need to address is General Manager, Rob Pelinka. Pelinka does not have a good relationship with other General Managers, and that is one of the reasons Dell Demps let the Lakers offer basically everyone except

LeBron James for Anthony Davis, just to reject the offer. That ruined the team’s chemistry, and the team itself was not the same after all the trade talks were done. The Lakers should look at getting a new general manager. Pelinka may be good for the Lakers in another department, but not the GM of the team.

Juwan Howard has a 4/1 chance to become the Lakers head coach next season, followed by Tyronn Lue. Magic and Pelinka did not do a good job of constructing this team around LeBron James and left Luke Walton with not many options. However, that is no excuse for Luke taking Lonzo out whenever he was getting his shot to fall or playing great defense. That’s no excuse for Luke’s terrible rotations, no excuse for him not playing Julius Randle at the start of last season, and then when he increased his play time, the Lakers started winning more games.

With all this being said, the Lakers have a lot of work to do this off-season, and that’s an understatement. They need to sign guys like Kemba Walker, JJ Redick, Nikola Mirotic, and/or possibly re-signing Julius Randle and signing DeMarcus Cousins, if the price is right. These are realistic options. Kevin Durant claimed that it’s “toxic” playing with LeBron, Kawhi Leonard said that he does not want to play with LeBron but he wants to play in LA, so he will likely sign with the Clippers. Lakers need to act fast and sign some of the players I listed. Kemba because I think he and LeBron will be a great duo, Lakers need a go-to player alongside LeBron. Brandon Ingram was great, post-All-Star break, averaging close to 30 points per game. Nikola Mirotic and J.J. Redick would be ideal options because they can shoot the 3-ball and that’s the kind of players that the Lakers need around LeBron. DeMarcus Cousins because they need a big who can shoot the 3-ball and a dominating big man, this is assuming he gets back to the same form he was in pre-injuries. Julius Randle because he shined in the 2017-2018 season with the Lakers and he can be the go-to or complete the Lakers frontcourt of Julius Randle and DeMarcus Cousins or Julius Randle and LeBron James. Whatever the case may be, the Lakers need Kyrie Irving or Kemba Walker, and to a lesser degree, DeMarcus Cousins, and two of these three players: J.J. Redick, Nikola Mirotic, or Julius Randle. This will be a crucial off-season for the Lakers front office.