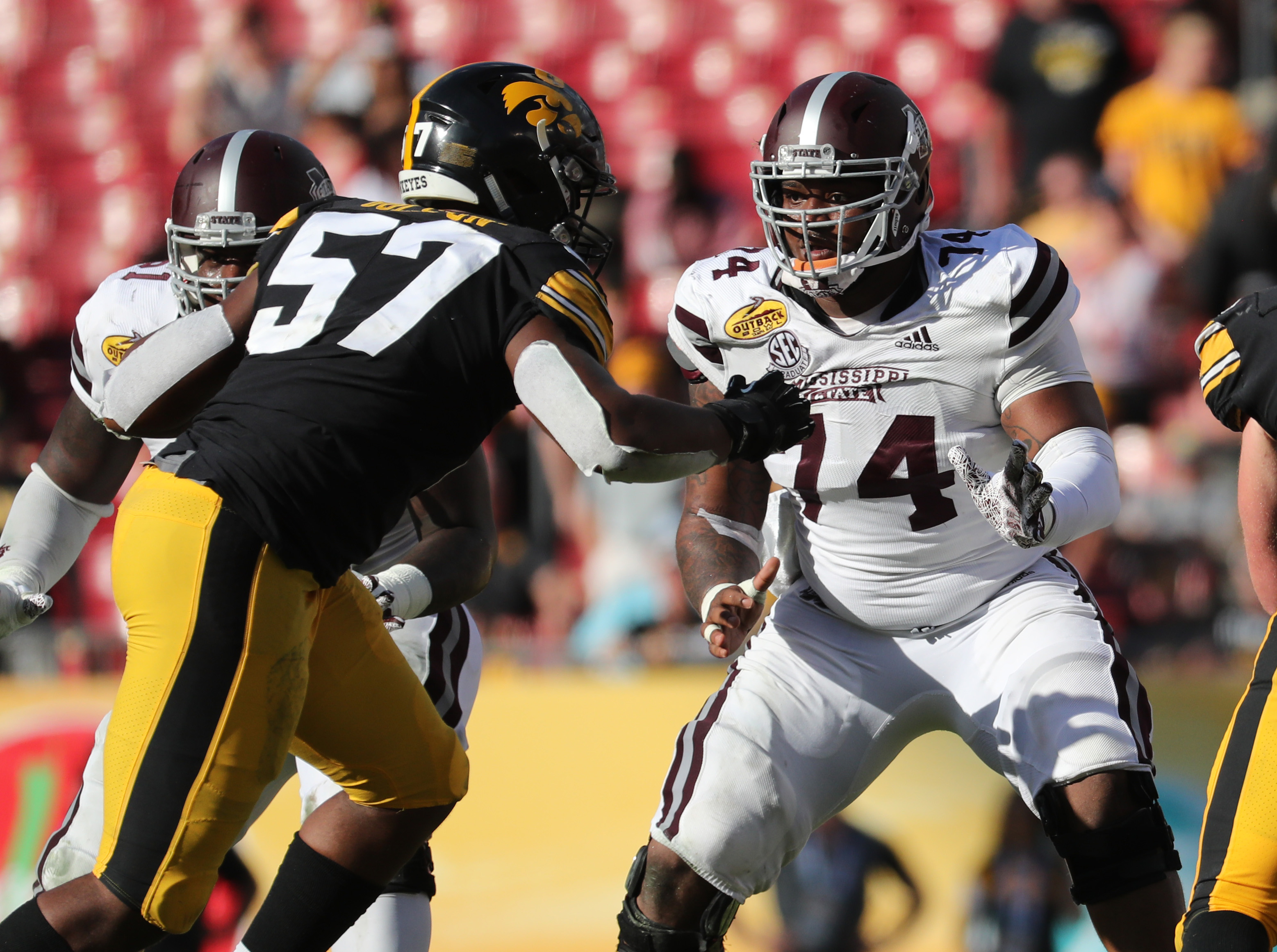 After addressing his team’s defense in the first round of the 2019 NFL Draft, Green Bay Packers GM Brian Gutekunst turned his attention to the offense on day two, adding offensive lineman Elgton Jenkins in the second round, and tight end Jace Sternberger in Round 3.

While Gutekunst told reporters before the draft that the team would take the best athlete available in each round, the Packers clearly did take need into account in making their selections, bolstering the depth at two positions that clearly need upgrades of talent and adding two players who should compete for starting jobs by 2020 if not right away.

Jenkins played tackle, guard and center in college but started at center the past two seasons. The Packers project him primarily as a guard.

Jenkins is 6’4 ½” and weighs 310 pounds. He has strong athleticism and can move well in space, qualities the Packers need in Matt LaFleur’s offense.

“We took him as a guard,” Packers college scout Charles Walls said. “But with a guy that size, that athletic, you watch the tape and you feel comfortable putting him anywhere you need him to be. Definitely a light bulb goes off when a guy falls to you with that much value, that much versatility.”

The biggest question about Jenkins is his hand technique which needs to be improved. Most scouts believe that can be corrected with good coaching at the NFL level.

“At the point of attack, Jenkins is quick to the second level and does a nice job of beating defenders to a spot to wall them off,” Walter Football said of the Packers second-round selection. “He is quick, agile, and athletic on the inside with the ability to fire to the second level. Jenkins is very effective at double-team combo blocks with guards and is reliable to get gaps open with his double-team skills. In pass protection, Jenkins has a good anchor with the size to handle bull rushes. He may not grade out as a first-round pick, but he could be a good second-day selection who is a plug-and-play starter in the NFL.”

Statistically, Jenkins started 34 games in college, 26 of those at center. According to Pro Football Focus, he allowed just one sack in 762 pass blocking snaps over the last two seasons at Mississippi State.

Jenkins appreciated the difficult journey he had to reach the NFL. “Coming out of high school, I wasn’t highly recruited,” he said. “Mississippi State took a chance on me, and I was going to grind to put myself in the position I am today. I’m going to come in and give it everything I got.”

The Packers needed to add depth and talent on the offensive line and now with Jenkins and free agent addition Billy Turner, they have two players who can be slotted into multiple positions in case injuries strike along the line.

In the third round, the Packers added Texas A&M tight end Jace Sternberger. Sternberger came out in the draft after his junior season. He caught 48 passes for 832 yards and 10 touchdowns last season for the Aggies which led the team in catches, yards, touchdowns and average yards per catch.

He will likely learn behind Jimmy Graham and Marcedes Lewis this season and be the leading candidate to take over at tight end in 2020.

Sternberger had only one productive season in college and attended three schools in four years of NCAA football. He started out at Kansas before transferring to Northeast Oklahoma A&M in 2017 and finally Texas A&M in 2018.

At 6’4” and 250 pounds, he has good size and the speed to get downfield. Although he ran a 4.75 40 at the combine, he shows very good functional speed on game tape and plays faster than his 40 time.

Most scouts consider Sternberger a willing but average blocker at the NFL level. He can line up at the traditional tight end position or be spread out wide which again, gives Matt LaFleur several options in his offense. He has good hands and runs precise routes and adjusts to the ball well which Aaron Rodgers will certainly appreciate. He also has a high motor and gives full effort on every play.

Sternberger is also tough to bring down after the catch. “I’ve always been good running with the ball ever since a young age,” Sternberger told reporters at the NFL Scouting Combine. “It’s been one of those things that I just kind of tell myself I’m not going to let one person bring me down and just run until it’s a gang tackle.”

Packers GM Brian Gutekunst selected two players in areas of need on Day 2 of the draft, bolstering his offensive line and choosing a possible successor at tight end. While neither of these players may start on opening day of the 2019 season, they will both make contributions as rookies before challenging for starting jobs in 2020 and beyond.