Robert Griffin Has Message for Redskins About Dwayne Haskins Pick 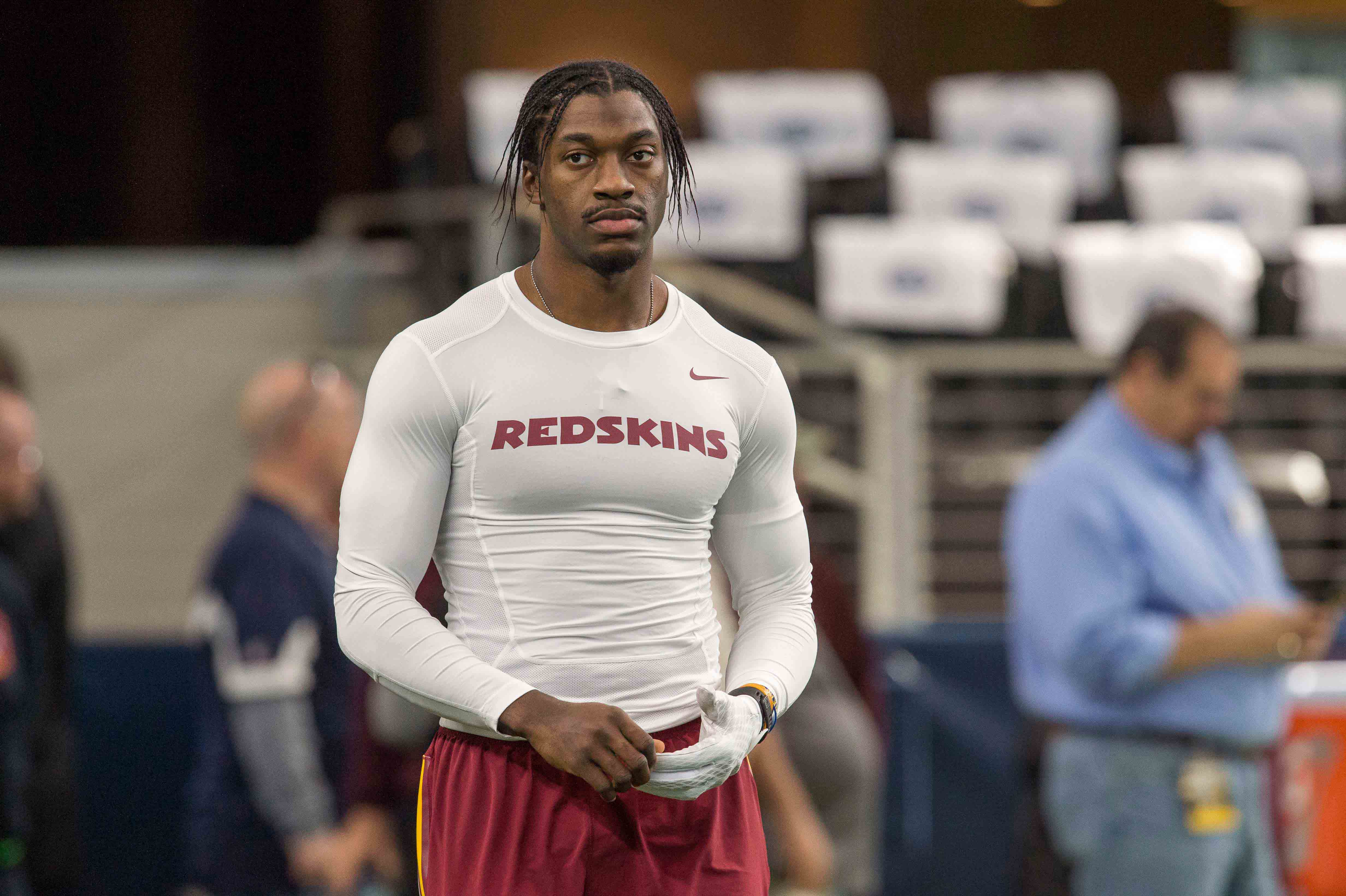 Robert Griffin Has Message for Redskins About Dwayne Haskins Pick

The Washington Redskins found themselves a new franchise quarterback, but their former franchise passer has a message.

Throughout the draft process, the Washington Redskins tried to keep their plans away from the media, for the most part. For the longest, they made it clear they are not on the hunt for a new quarterback. With Alex Smith nursing a leg injury, Colt McCoy somehow still staying on board with hope, and Case Keenum in the mix, the Redskins tried to convince everybody that a quarterback was not in the plans.

That all changed this past week though as the draft moved closer. As soon as Redskins’ owner Dan Snyder took over the strategy, a franchise quarterback was on their radar. Although it was unclear of whether it was Daniel Jones or Dwayne Haskins, Washington was going to get somebody.

As they sat patiently waiting for their pick, Haskins ended up falling into Washington’s laps. They didn’t need to trade up in the first round as they initially believed they needed to. Now, the Redskins lucked up with a new franchise quarterback, but their former franchise quarterback had sent a message to them subliminally through Twitter.

RGIII Speaks out against his former squad

Griffin tweeted this out just moments after Haskins got the call and took the stage rocking a Redskins hat. It was clear who Griffin was talking about as he compared the situation to his. While the Redskins didn’t give up a ton of assets to move up to get Haskins like they did with RGIII, Griffin still wanted to acknowledge the situation and send out a message letting them know to not give up on him the moment he struggles.

Griffin’s stint with the Redskins was a bit more complicated. While he emerged as a top quarterback during his rookie season, his injuries and showing signs of selfishness within the locker room caused a rift between the passer and his teams’ front office and coaching staff.

While Griffin clearly isn’t the player the Redskins thought he was going to be, he still has a point. Nowadays, teams’ give up on their young quarterbacks way too quickly (see Arizona with Josh Rosen). Patience can go a long way in the NFL. And Haskins deserves plenty of time to develop.