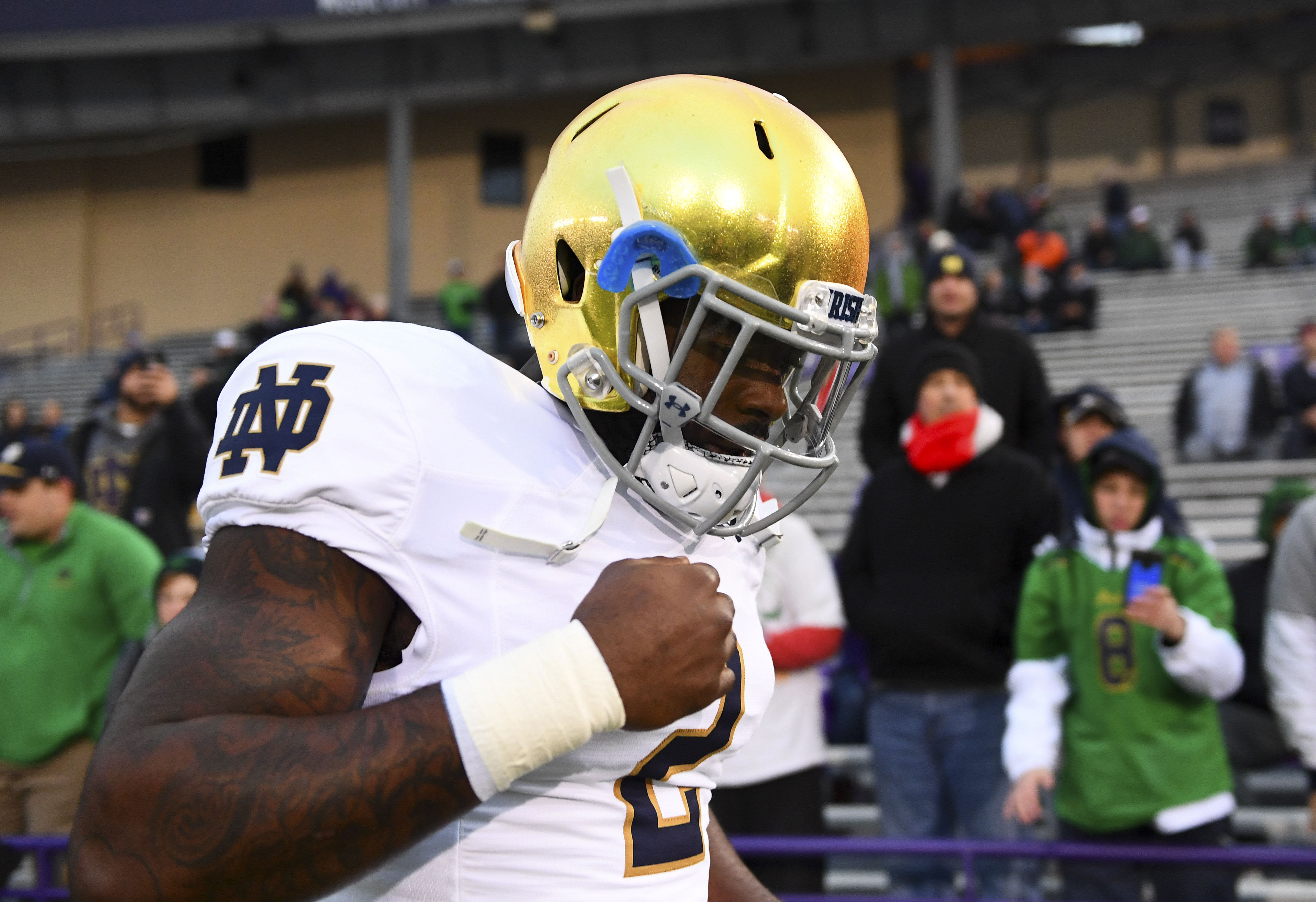 The Green Bay Packers added depth at several positions on the third day of the NFL Draft. The Pack had four picks, one in the fifth round, two in the sixth and one in the seventh. Throughout the process, GM Brian Gutekunst placed an emphasis on adding athleticism and versatility throughout the lineup.

In the fifth round with the 150th overall selection, the Packers added DT Kingsley Keke out of Texas A&M. The 6’3”, 285-pounder’s strength is rushing the passer. He is quick and penetrates well, has loose hips and uses several moves to get to the quarterback. Against the run, he tends to play too high and as a result, can be pushed back. Keke plays hard on every play and most scouts figured he would go in the fourth round.

Keke recorded 51 overall tackles in 13 games last season. He also had 11 tackles for loss last season with seven of them being sacks. He also forced a fumble and broke up one pass. His nickname is “Big Sloppy.”

“Outside of his technical hands and counters, Keke displayed other ways to win at the point of attack starting with initial quickness,” one scout explained shortly after the Senior Bowl. “The A&M defender has a balanced stance with the lower body torque to explode forward. Playing through contact, Keke also shows the ability to convert power to speed with attractive acceleration. His athletic feet and skinny path to the backfield provides for an attractive interior pass rush presence.”

Keke figures to be a situational pass rusher in the Packers defensive rotation. His ability to excel at stunts should make him a good fit in defensive coordinator Mike Pettine’s defense.

With their first sixth round selection (185th overall), the Pack added DB Ka’dar Hollman of Toledo. Hollman stands 6 feet tall and weighs 196 pounds which is good height for a cornerback. His speed is his best asset. At Toledo’s pro day, he ran a 4.36 in the 40-yard dash.

Hollman had only one interception last year at Toledo, but he broke up 12 passes and was in on 43 tackles.

After visiting Titletown last week, Hollman had a good feeling about Green Bay. “I could tell right when I got there, I felt the Green Bay tradition,” Hollman said. “Stepping on Lambeau Field, it was just a different feel than everywhere else I went. I just felt like, ‘That’s the place I belong.’”

The road to Green Bay was a difficult one for Hollman. He was not recruited out of high school and sent emails to college coaches seeking a scholarship. After walking on his first year at Toledo, he earned a scholarship for the rest of his college career.

“Getting picked by Green Bay, I had a rush of emotions go through me,” Hollman told reporters during a post-draft conference call. “I just felt like all my hard work and everything I went through (paid off). Just tons of emotions.”

The Burlington, New Jersey, native needs to work on his tackling ability and changing directions on double moves to excel in the NFL. He will compete for a backup spot in the secondary and with his speed, can contribute on special teams.

Later in the sixth round, the Packers added running back Dexter Williams of Notre Dame. Williams rushed for 995 yards and 12 touchdowns last season while averaging 6.3-yards per carry. He also caught 16 passes for 133 yards and another score.

Williams has good vision and balance and reads his blocks well. He has the speed to get to the corner and to gain yardage after contact. He rarely fumbles. He needs to improve his receiving skills and his pass blocking to thrive at the next level.

Off the field, Williams had to overcome several obstacles.  His mother was diagnosed with myasthenia gravis, an incurable neuro-muscular disorder, back in 2006. Then she later developed pulmonary arterial hypertension and was told she would only live another three-to-five years.

Williams told reporters how happy he was his mother was able to be with him the day he was drafted. “This is something she’s always wanted to have a chance to see,” he said. “To be with her at this moment was special.”

Williams had his own off the field issues as well. He was arrested for possession of marijuana in 2016 and was suspended by the team for four games in 2018 for breaking club rules.

“That was the time to figure out who Dexter Williams is and correct all my mistakes while I can,” he said. “That was a moment in my life it was time to show maturity.”

Williams will compete for time in the Packers backfield with Aaron Jones and Jamaal Williams. His mother will move to Green Bay with him when he joins the Packers.

In the seventh round, the Pack drafted outside linebacker Ty Summers of TCU. Summers was a team captain as a senior and one of the Horned Frogs’ leaders. He reads plays well and has good football intelligence. He needs to improve his ability to disengage from blockers and his ability to change directions to take his game to the next level.

Summers started nine games in 2018, splitting time between defensive end and outside linebacker. He totaled 48 tackles in 10 games including four sacks. The Packers were attracted by Summers’ speed. He ran a 4.51 40-yard dash at the combine.

“I think my biggest strengths are leadership and communication, aside from just the ability to play because I’m a versatile player,” Summers told Packers.com. “My knowledge of the game translates to the field and helps make my teammates around me better by communicating what the call is, what we’re expecting based off the formation.”

Summers will compete for time on special teams and as a situational pass rusher and outside linebacker.

Overall, the Packers emphasized team speed and athleticism throughout the draft. They addressed need areas early and added depth in the later rounds.