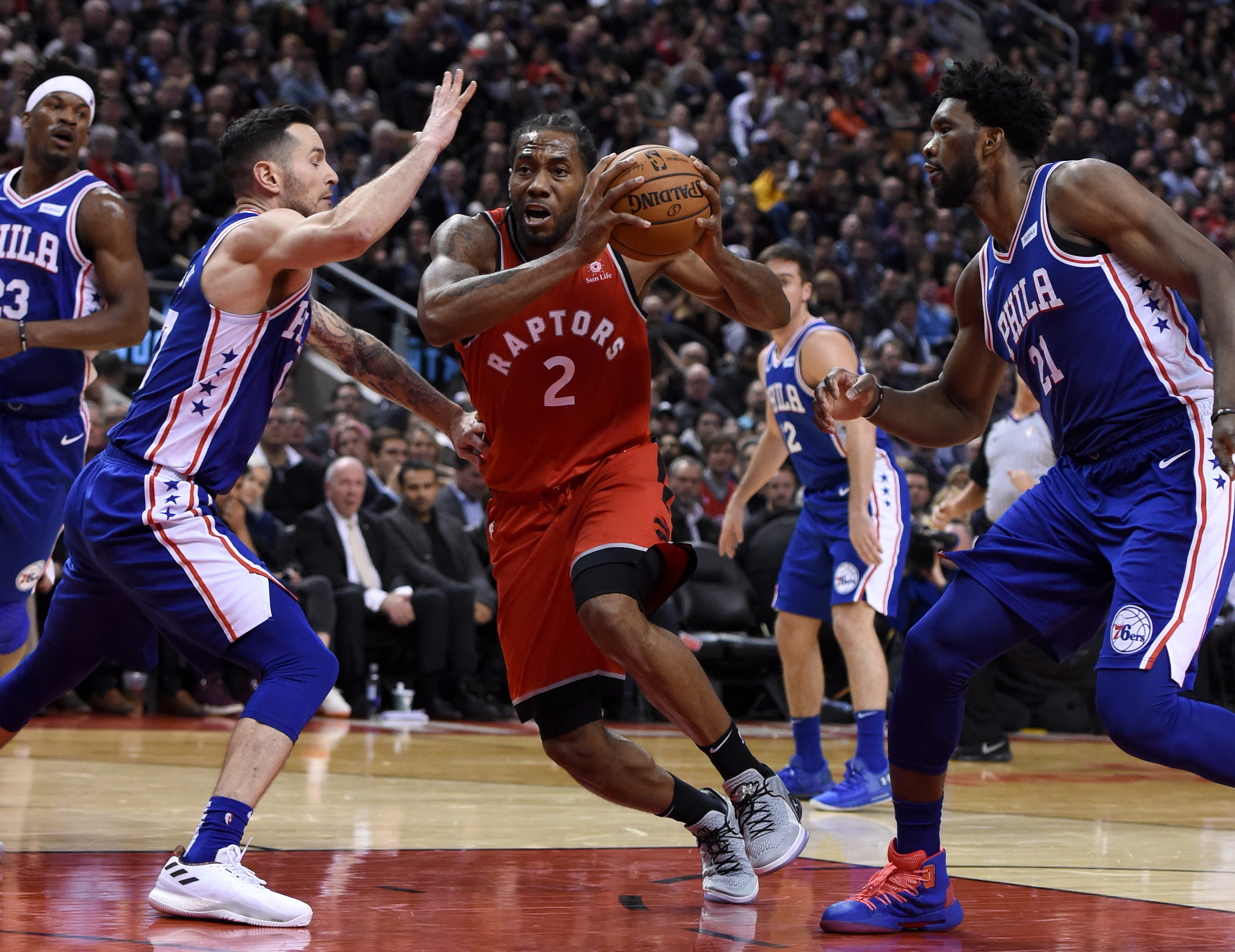 The key to winning this series for the Raptors:

Contain Joel Embiid. It sounds simple, but it definitely isn’t. The Raptors added Marc Gasol in order to guard centers like Embiid. That will be the biggest challenge for the Raptors. Embiid averaged 24.8 points, 13.5 rebounds, 3.5 assists, 1 steal, and 2.8 blocks per game in the first round of the playoffs. Ben Simmons shouldn’t be much of a problem for the Raptors if Kawhi Leonard guards him. Danny Green will also need to contain Jimmy Butler but to a lesser degree compared to Embiid.

The key to winning this series for the Sixers:

Contain Kawhi Leonard. This is going to be just as difficult for the Sixers as it’s going to be for the Raptors to contain Embiid. Kawhi averaged 27.8 points, 6.6 rebounds, 3 assists, and 1.2 steals in the first round of the playoffs. Kawhi will be a tough cover. Don’t let Pascal Siakam get in his zone. In the first round, we saw Siakim score a playoff career-high 30 points, grab 11 rebounds, and distribute 4 assists, against the Magic in Game 3.

What matchups to look for in this series:

The one game Kawhi didn’t play against the Sixers during the regular season, Simmons took full advantage of that, scoring 26 points, grabbed 12 rebounds, and dished out 8 assists, turning the ball over just once. Simmons is no scrub, but neither is Kawhi. Kawhi is the best defender in the league, and although it’s uncertain who Kawhi will guard between Simmons and Butler, he will likely start on Simmons. But, when Kawhi played and guarded Simmons, he struggled, and if he struggles against the Raptors, it’s going to be difficult for the Sixers to win this series. Kawhi will be a tough cover no matter who guards him, the Sixers can only hope to contain him.

No matter who you put on Embiid, you can only hope to contain him. Even if it’s former Defensive Player of the Year, Marc Gasol, all Gasol can hope to do is stay out of foul trouble, not bite on Embiid’s deadly pump fake from three, and get the ball deep in the post. Embiid can’t let Gasol get comfortable, and he can’t let Gasol set his teammates up with open shots. He may not be the old Gasol, but he’s still a good playmaker and can shoot the three-ball, post-up, and dictate the offense.

Both of these players are at the peak of their prime. Siakam averaged 22.6 points, 8.4 rebounds, and 3 assists per game in the first round of the playoffs. Harris averaged 17.6 points, 8.8 rebounds, 4.2 assists, and 1.2 steals per game in the first round of the playoffs. Their game is similar, Siakam has the edge defensively, and Harris has the edge offensively, so that’s going to be a great matchup to watch. Siakam can’t let Harris get any open shots, if that happens, then nine out of ten times, Harris will score. Siakam needs to make Harris work for every basket. Harris needs to be wary of Siakam’s skill-set, both offensively and defensively. He can take over games as we saw in Game 3 against the Magic. He can also play lockdown defense on any given night. The key to this matchup is, who will get off to a faster start between these two players.