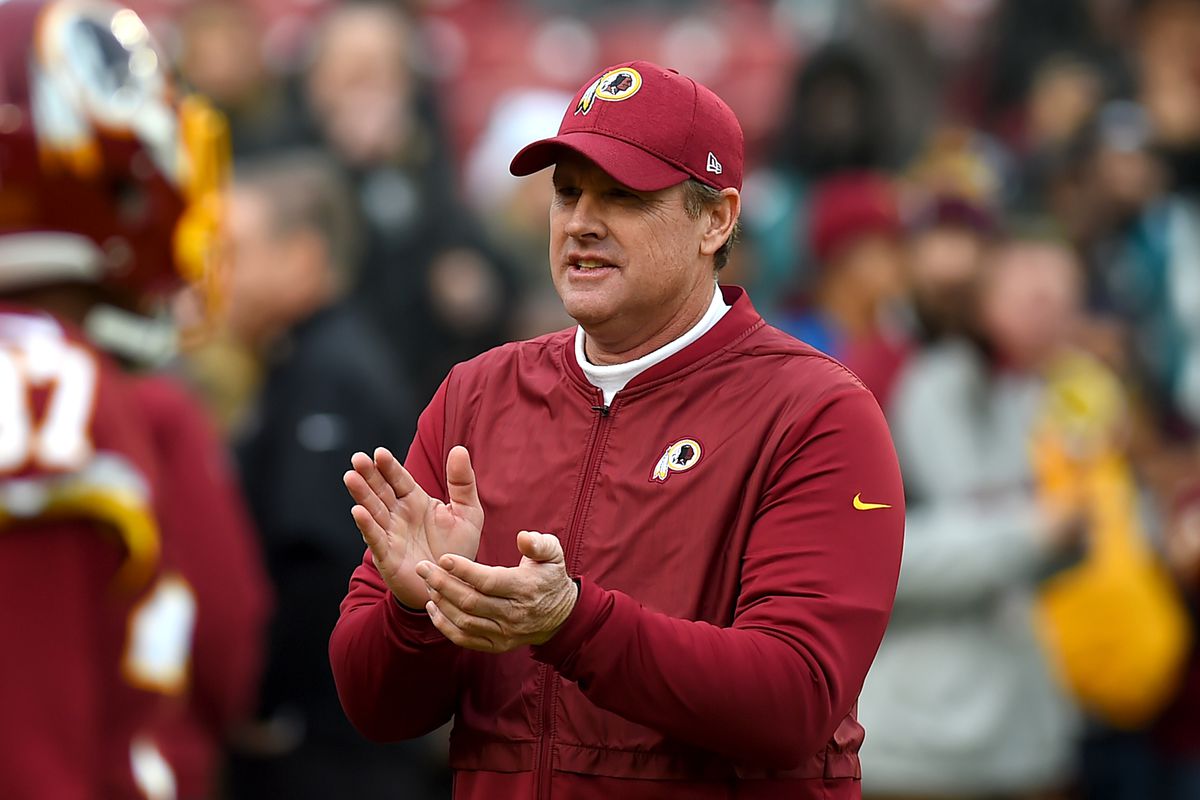 On what the plan was heading into Day 2:

“Well, we were obviously looking to add to our receiving core a little bit, and he gives us a nice blend with a combination of speed and toughness. He’s actually our special teams number one player on the board as far as what he does in that unit – covering kicks, flyer on punt. But really, it’s all about his receiving skills. He averaged about twenty yards a catch last year. He’s a very explosive player. He can run. I think he can do a little bit of everything – inside, outside. But he gives us a dimension, another added dimension with that great speed and toughness that he brings to the table in the run game and the vertical pass game.”

On where he sees WR Terry McLaurin fitting in best whether it is inside or outside:

“I’d probably start with him outside right now. I think he is a very smart and intelligent player and works extremely hard, so he is going to be a guy that learns all three and be able to move around and provide us with depth at every position and obviously provide us with some juice and eventually be a starter without a doubt once he gets in here. Obviously, he already has a great rapport with Dwayne [Haskins] so it is a natural pick for us.” 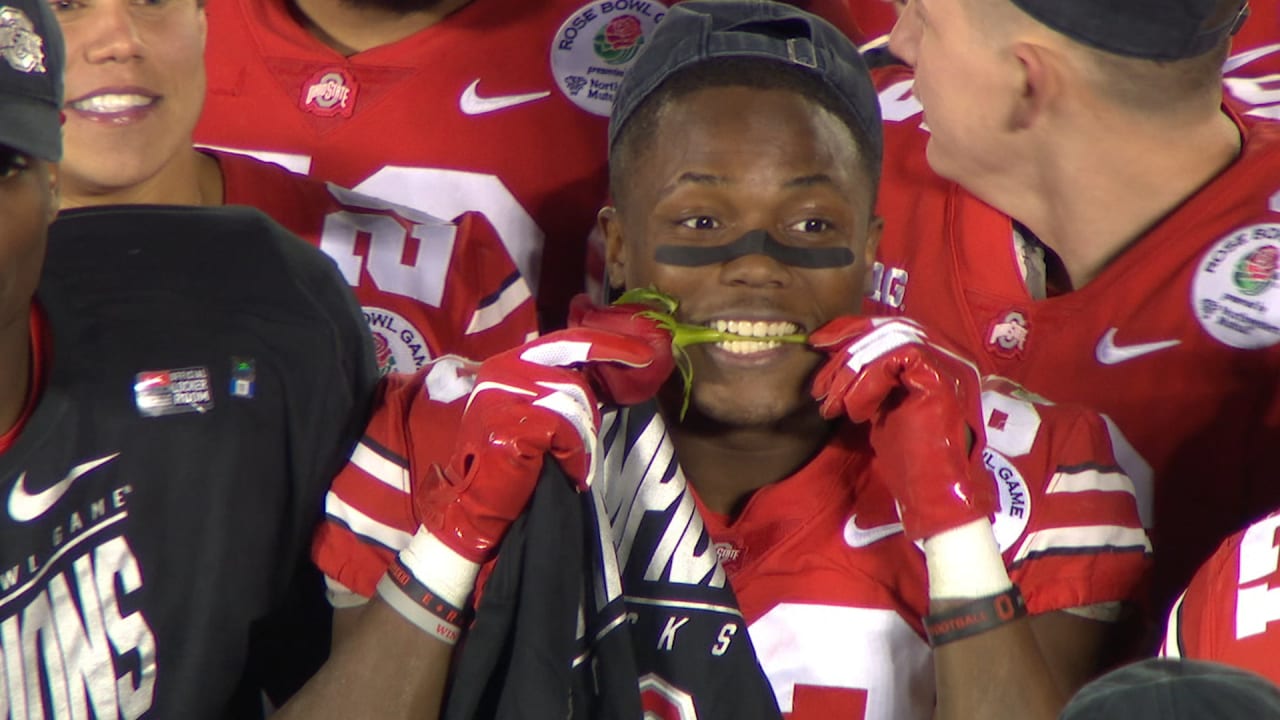 On if the relationship with QB Dwayne Haskins and McLaurin factored into the decision:

On McLaurin’s potential to be a go-to receiver:

“It’s a little early for that. He’s obviously got the potential and that’s what we’re looking for. But really, you’re talking about an all-around player and that’s why we liked him so much. He’s a guy that’s been great in the locker room; he’s been a captain, a leader and sets the standard as far as work ethic is concerned. I think eventually he could grow into that, but we have some good receivers here still. I think with Paul Richardson [Jr.] becoming healthy – he’ll be a bigger factor this year – obviously, Josh Doctson’s fourth year. I know that people are looking for more from him. Trey Quinn is coming back, Cam Sims is coming back and Jehu [Chesson] is here. We have some receivers in-house that are going to push the envelope and try to be that go-to guy, not to mention Jordan Reed, Vernon Davis and Chris Thompson.”

On the ability to evaluate both Haskins and McLaurin at Ohio State’s Pro Day:

“I got a lot out of it just watching Dwayne throwing the ball and how he interacted with his teammates and the accuracy that he possessed at that Pro Day and the quickness he gets the ball out. A lot of people think he is a big, long delivery guy with slow feet. But at the Pro Day, he had quick feet and quick out the drop and quick out the release, which is exciting and he is very accurate. Watching Terry [McLaurin] run around. When you watch him on tape, you don’t necessarily see that blazing speed, but watching him in person you feel it. He can run. Like I said, he was taking every route. Parris Campbell [Ohio State Wide Receiver] went down in that Pro Day early so they kind of got a little flustered with who was going to run what and Terry jumped in and ran extra routes for him and never batted an eye. Two great guys and two great players.”

On if Haskins Pro Day set him atop the draft board:

“It helped, but it was just all part of the process. When you’re thinking about taking a quarterback it is important to go check out some Pro Days. Our coaching staff, whoever it was, we handle all Pro Days of all quarterbacks this year. Somebody was at all of them, obviously and I think that played a big part of it.” On defining McLaurin’s skillset on both offense and special teams:

“It tells you a lot about a guy and not to mention his blocking outside in the perimeter and bubble screens, and he may not be getting the ball and getting the credit for it, but he’s the one making them work. Parris Campbell had so many yards after the catch, a lot of those because he’s leading the way for them blocking the perimeters, safeties, corners or what have you. So, very unselfish player, and that goes a long way in this day and age in football, because it’s going to be hard to cater to one guy all the time in this offense. We try to spread the ball around and unselfishness is a very important part of being on this football team – got to do your job and he does his job extremely well.”

On using a player’s speed to determine draft picks:

“I think the way pro football is going, speed is the name of the game. We have some power up front with our big guys with Jonathan [Allen] and Daron [Payne] and Matt Ioannidis and [Ryan] Kerrigan, and he has people that can run. [Montez] Sweat’s going to be a big help. Hopefully, tomorrow we’ll add a couple more guys that can really run on defense and maybe some more on offense. Very important this time of run you see what people are doing with these bubble screens and jet sweeps and all that stuff, so running, pursuing to the football is a key element.”

On decision to trade the No. 96 pick:

“I think the chance to get the two players for one, really. I think we have a bunch of guys that are kind of clumped together right now that I think that we lost a couple guys but I think the ability to get another extra player was the key.”

On filling needs in Day 3 of the NFL Draft:

“Kyle [Smith] (Redskins Director of College Scouting) and the rest of the staff have addressed and made the board and we’re just going to go by the board. Obviously, we’ll take a look at the positions we kind of want to focus on, but we don’t want to just key in on one position. I want a position, we need it. If there’s a better player in another position, we’ll take him. So, I think it’s very important to let the board do the talking for us because they put a lot of time and work into that thing and the rankings are there for a purpose. So, I’ll have to go by that.”

On the timing and certainty of the decision to choose Haskins:

“When whoever picked in front of us didn’t pick him, it was pretty much solidified. It’s really hard because you’re sitting there and you want a guy, but you have to wait. It happens every year. You can’t trade up and get everybody; you won’t have any picks left. Try to keep the picks that we have because we were able to get some more players without a doubt. He was definitely targeted. You never really make your mind up on one guy because you have a tendency to get your heart broken if that guy gets picked and everybody goes in disarray. But, we had a bunch of players in that spot ready to go, but obviously Dwayne was the number one guy there.”