Three Takeaways: Islanders-Hurricanes has a different feel than last round 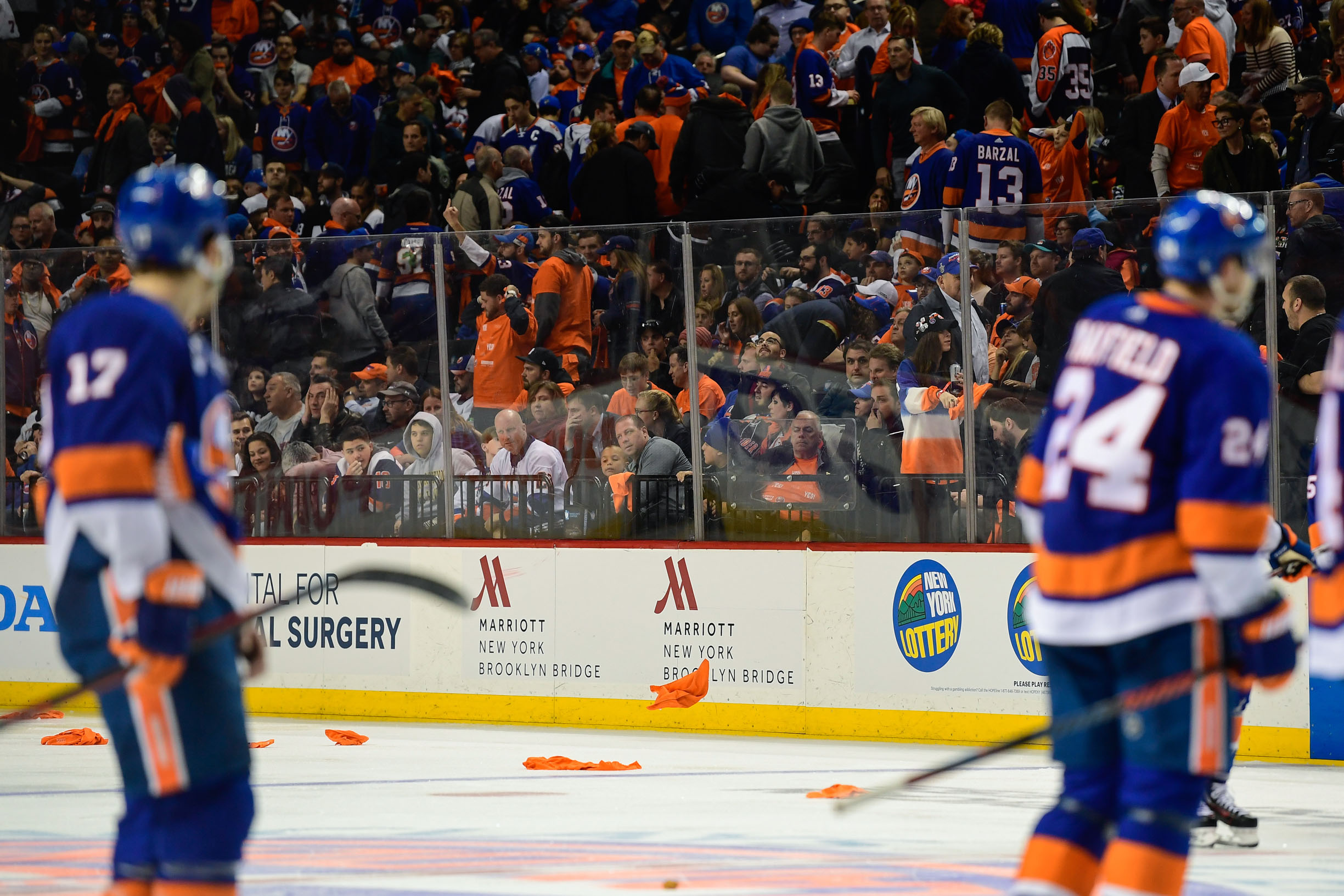 Three Takeaways: Islanders-Hurricanes has a different feel than last round

NEW YORK — The Islanders dropped the opening game of their second-round series against the Carolina Hurricanes 1-0 in overtime. Jordan Staal scored the game-winning goal 4:04 into overtime of Friday night.

These aren’t the Penguins

Yes, it’s a rather obvious point, but one still worth pointing out. The style the Carolina Hurricanes play is much different than that of the Pittsburgh Penguins, who the Islanders swept in the first round. That was evident on Friday night as the two teams played a game that at times mirrored one another’s style on the ice.

The Canes kept the playoffs’ hottest goal scorer, Jordan Eberle, off the board, and kept the Isles’ chances as a whole down. And when there was a scoring chance to be had, Peter Mrazek was there to make the big save.

"We got a little uncharacteristic we some of the plays we made. We're a good team, we're going to bounce back." @jeberle_7 #Isles pic.twitter.com/Gz0BmckNnt

The Hurricanes got in the shooting lanes to great effect on Friday night, blocking 18 shots over the 60-plus minute contest. The Islanders blocked 19 shots in the loss.

Barclays Center ice and all

Let’s get this one out of the way after Game 1, shall we?

The ice was not great during the opening game of this series. I don’t think anyone will argue against that. You could see the players skating sluggishly through the choppy ice at times and the puck just couldn’t settle. It was hard to imagine the ice would be in pristine shape since the Islanders haven’t played at the Barclays Center since Feb. 16.

All of that being said, the Barclays Center experience for Game 1 wasn’t terrible. The fans were loud, and the sold-out crowd did what they could to give the Islanders a home-ice advantage. Even if it did take a few of them some time to file in to their seats.

“Our crowd was great,” Trotz said. “I mean we had last change. The crowd was behind us. The building had a great atmosphere. We played half our year so it is home ice advantage. It’s like coming back to an old friend.”

“The building was great,” Matt Martin said. “No complaints about the building whatsoever. There was a lot of questions about that, but this building filled is just as great an atmosphere as the Coliseum. Our fans did a great job of getting here and obviously bringing some noise and some energy for us.

“No issues with the building. We’re comfortable here.”

It was a goalie duel

Regardless, last night the opposing goaltenders were outstanding in net for their respective hockey clubs. And if the big saves and timely stops weren’t enough, the two finished the night with the exact same number of saves (31).

Of course, it was the one shot that snuck by Lehner in overtime showed a slight difference between the two, at least for one night. However, that didn’t take away the impeccable performance Lehner had despite not having played in a game in 10 days.

The Floor Seat 11m ago