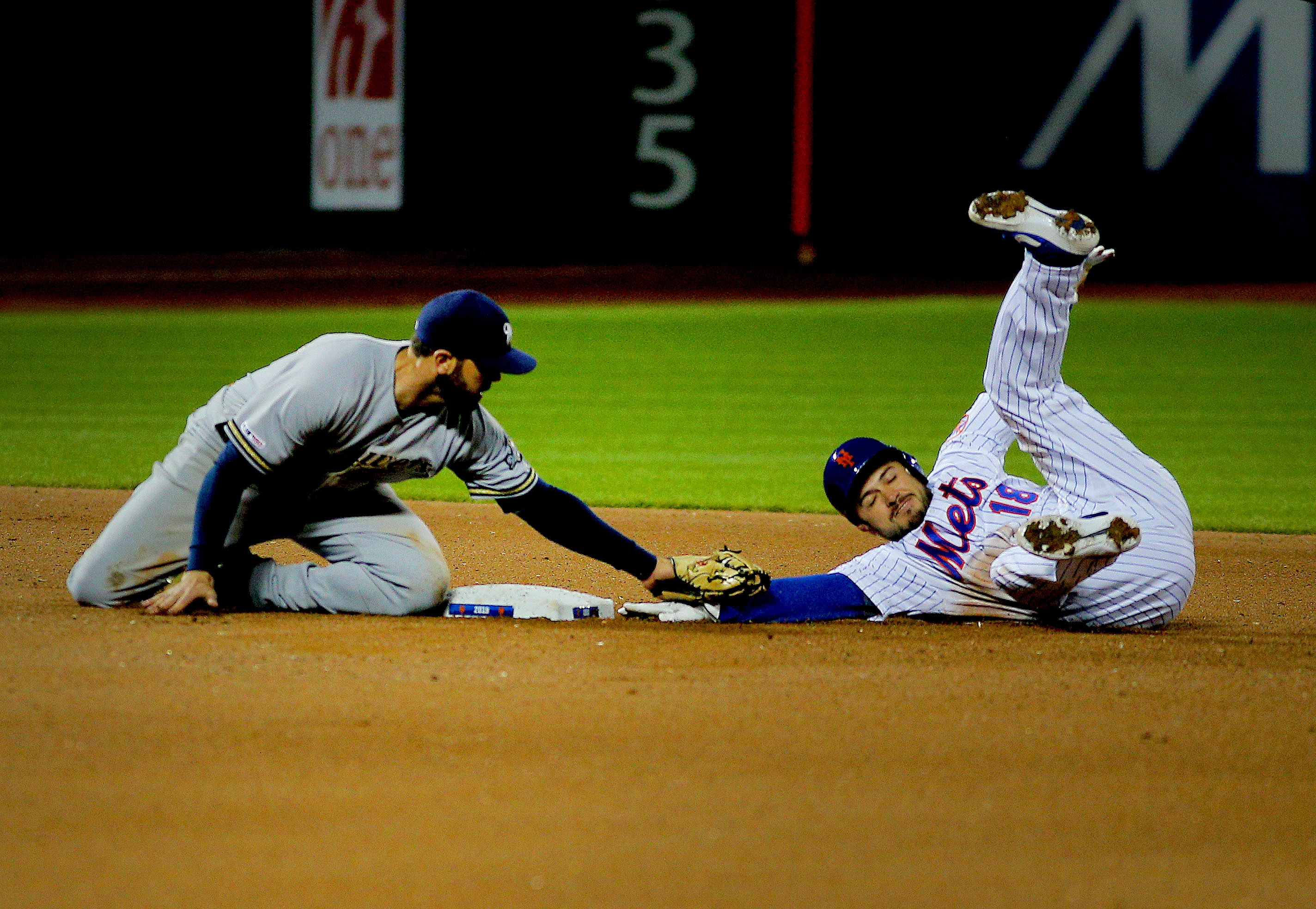 The New York Mets (13-13) had a bad loss last night. Noah Syndergaard delivered another subpar performance, and while the Mets’ offense rallied late, Jeurys Familia gave up two back breaking runs in the eighth to the Milwaukee Brewers (15-13) in an 8-6 loss. The Brew Crew have won the first two games of this series, and the Mets will look to avoid getting swept this afternoon. First pitch for today’s game is scheduled for 1:10 p.m. at Citi Field.

The pitching matchup features a battle of left handers. The Mets will start Steven Matz (2-1, 4.03 ERA), who gave up one run in six innings to defeat the Philadelphia Phillies on Monday to earn his second win of the season. The Brewers will counter with newly signed Gio Gonzalez (10-11, 4.21 ERA in 2018). Gonzalez signed with the Brewers over the Mets this week due to his belief that he had a better path to a starting role with Milwaukee.

Lineup is set for some Sunday matinee baseball. #LGM pic.twitter.com/jPfLB4rBxS