Josh Rosen Was Content With Competing Against Kyler Murray in Arizona 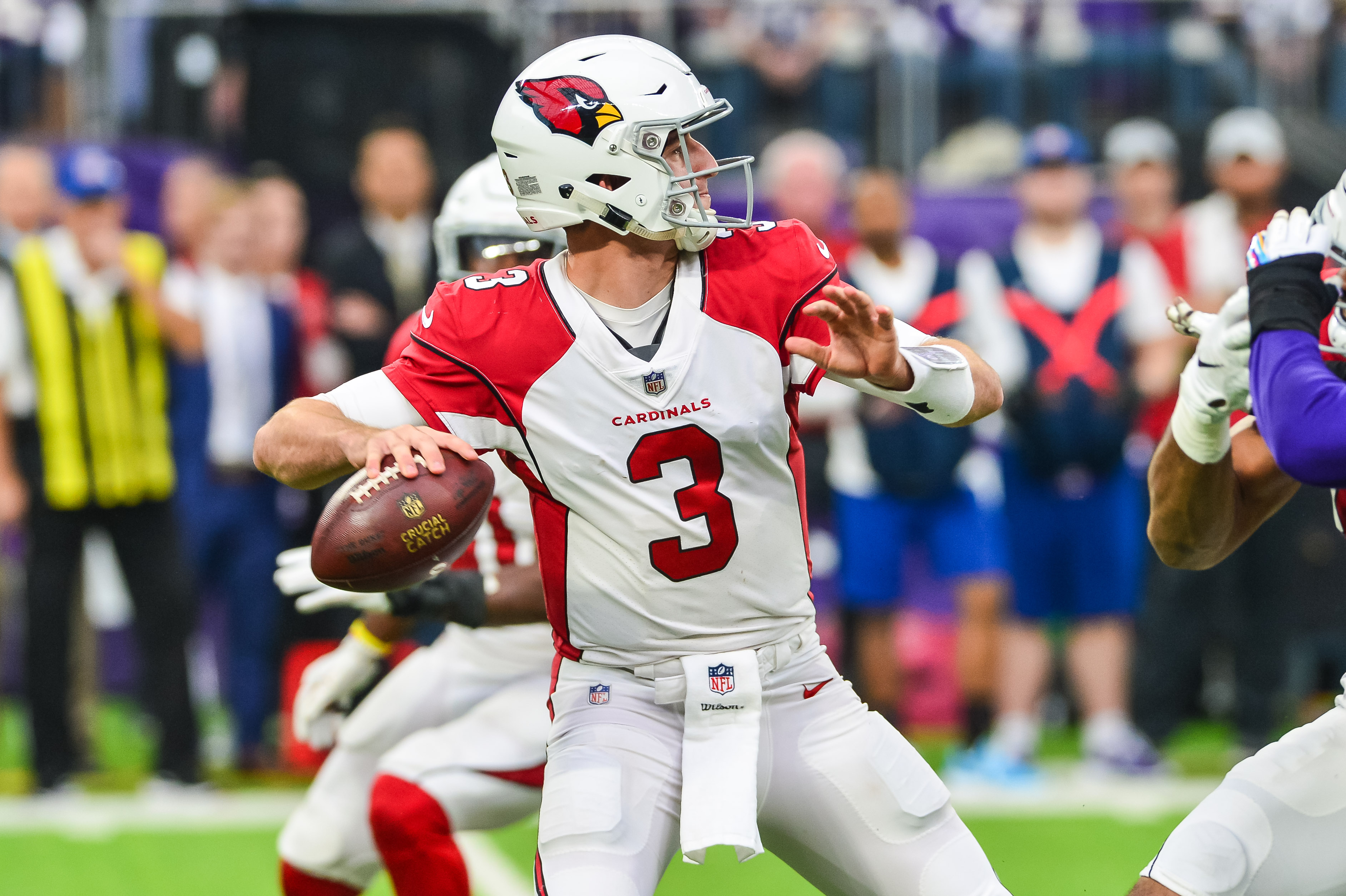 Josh Rosen Was Content With Competing Against Kyler Murray in Arizona

Former first-round pick Josh Rosen would’ve been okay with staying in Arizona to compete against the number one pick, Kyler Murray.

The last year or so has been rough for Miami Dolphins new quarterback, Josh Rosen. Around this time last year, Rosen was preparing for one of the biggest nights of his life. He was getting ready to hear his name called in Dallas, Texas so he could walk across the stage in the first round of the 2018 NFL Draft and hold up his brand new jersey for the first time.

The former UCLA quarterback was anxious. He was predicted to go within the top ten, and could even be one of the first quarterback’s selected. The first pick came and went when the Cleveland Browns selected quarterback, Baker Mayfield. Maybe the next QB selection could be Rosen. That wasn’t the case. Ten picks, and three quarterbacks later, Rosen got the call from the Arizona Cardinals, where he would be named their quarterback of the future.

We know how it all went down. Rosen took a backseat to Sam Bradford for the first few weeks. Then, Bradford proved to hardly be a serviceable quarterback in that offense, which forced Arizona to just fight through growing pains with Rosen under center. He didn’t do well, as he threw for more interceptions than touchdowns. And obviously, the Cardinals as a whole didn’t finish well either considering that they ended up with the number one overall pick the following year.

Since the Cardinals struggled big time in 2018, they decided to do a clean sweep once again and add a new coaching staff. Out Steve Wilks went, and in came Kliff Kingsbury. Once the former Texas Tech coach came in, the rumors started heating up about a potential change of direction at quarterback.

Kingsbury has been on the record before saying he would take Kyler Murray with the number one pick. Now, he’s really got it. The media ate it up, and Kingsbury stuck to the script. Although he tried to make Rosen feel as wanted as possible, the former 10th overall pick knew where all of this was headed. Rosen did an excellent job of remaining professional, and he even denied the idea of requesting a trade, like most quarterbacks would.

Instead, Josh Rosen was perfectly content with staying in Arizona and fighting for the number one spot on the roster against Kyler Murray. His competitive spirit was on display the night he got drafted to Arizona after he was feeling doubted. Once again, Rosen put on his competitive mask and was ready to go to work as his agent gave him the news.

Williams [Rosen’s Agent] called Rosen from his office with an update: The Cardinals might actually keep you. “If that’s their position,” Rosen told him, “then I’ll just beat him out and Kyler can be the backup.” Williams’ reply: “They don’t want that, and they know they don’t want that. We’re getting a trade done.”

The Cardinals told the football world they had no issue with keeping Rosen on board if they can’t find a trade partner who is offering a desirable price. Rosen was open to the competition, but Arizona knew that the situation could get ugly.

Imagine giving up on your first-round pick from a season ago, to draft another guy in the same round but even higher just for that guy to lose out. Yeah, Arizona wouldn’t be able to handle that. Was it smart for Arizona to give up on Rosen this quickly? That remains to be seen. However, it was logical to deal him away rather than set a competition up between the two.