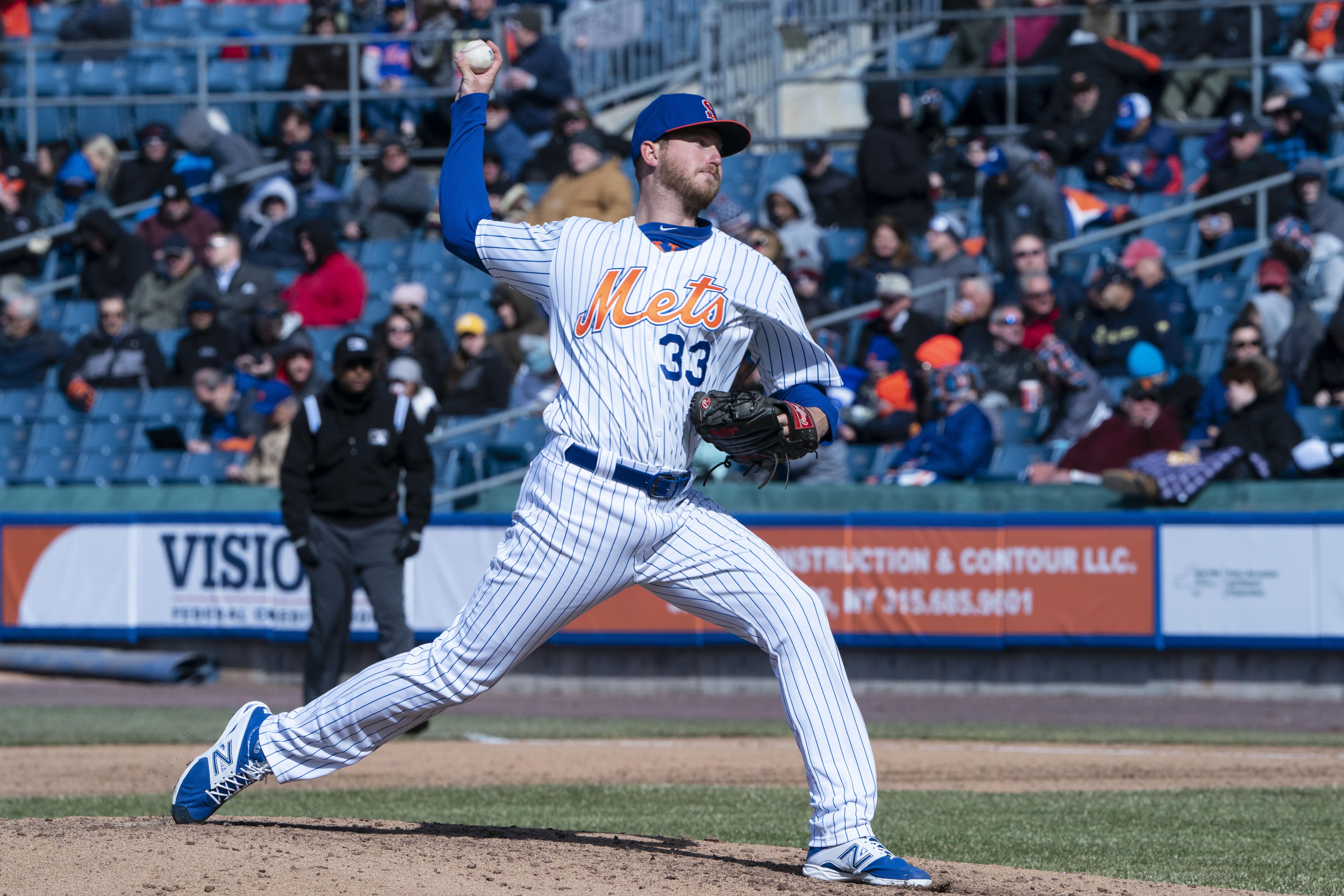 The New York Mets’ bullpen has been a bit of a disaster so far this season. Entering play today, Mets’ relievers have pitched to a 5.52 ERA this season, the third worst mark in the league, and as a result the team has shuttled a lot of relievers into that last spot in the bullpen so far. Daniel Zamora, Tim Peterson, Drew Gagnon, Corey Oswalt, and Jacob Rhame have received opportunities so far. One guy who could factor into the mix soon is reliever Eric Hanhold, who is the focus of this week’s edition of Minor League Mondays.

Hanhold, a righty who the Mets acquired from the Milwaukee Brewers in the Neil Walker trade, made his big league debut last year and wasn’t too impressive. In three appearances for the Mets, Hanhold pitched to a 7.71 ERA before going down with a season ending injury, but had a solid spring before getting assigned to AAA Syracuse. Hanhold has gotten off to a good start with Syracuse, pitching to a 2.45 ERA in eight appearances, but there are definitely signs for concern.

The most alarming figure is Hanhold’s 1.64 WHIP, largely due to the fact he has given up 12 hits and walked six batters in 11 innings pitched. Opposing hitters have batted .273 against Hanhold, and you have to remember now that pitching stats are no longer skewed by the launching pad of Las Vegas and the hitter friendly Pacific Coast League. Hanhold has the stuff to succeed at the big league level, but it is a matter of simply executing in order to earn his next opportunity.

As long as players continue to struggle, Hanhold will end up getting a chance in the Mets’ bullpen at some point. The Mets have a lot of relievers on their 40 man roster, so they can cycle through fresh arms if people aren’t producing, a fact made much easier with their AAA affiliate not being across the country. Don’t be surprised if Hanhold is on the Mets in the next month if that last spot in the bullpen doesn’t stabilize.