Your Morning Dump... Where the Celtics had a second guy every time Giannis turned 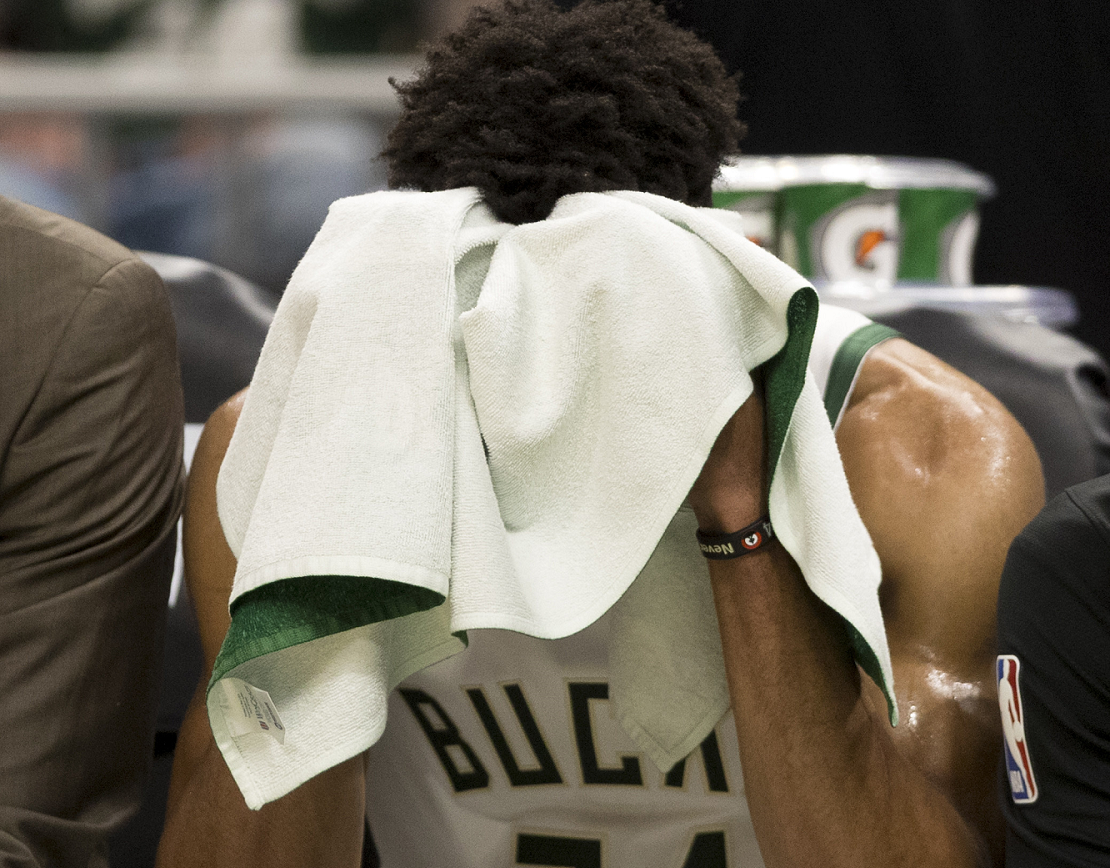 Your Morning Dump... Where the Celtics had a second guy every time Giannis turned

To avoid a greater problem than simply losing homecourt advantage, Antetokounmpo and the Bucks will, barring a letdown from the Celtics, have to use GPS to find a way out of the defensive maze that was thrown their way. And they will have to get over the fact their best player was a minus-24 in his 34 minutes. Al Horford had harassed him, with more than a little help from his friends. Frustrated inside, Antetokounmpo stepped beyond the arc and hit 3-of-5 3-pointers – two of those makes in the last quarter.

“They were loading a lot,” Giannis said. “There was a lot of guys in the paint. Whenever I got in the paint, when I’d spin or try to change direction, a second guy was right there. I’ve just got to go watch the tape, and if they’re going to play like this the whole series, I’ve got to be able to make the right pass and trust my teammates to knock down shots.”

But his teammates were not much better at 35.3 percent from the floor. Starters Brook Lopez, Sterling Brown and Eric Bledsoe combined to go 3-for -7 as the Celtics scrambled to get into Milwaukee faces.

Chief among their tormentors was Horford, who essentially stole Giannis’ spanikopita and also found time for 20 points, 11 rebounds and three of the Celts’ 11 shot-blocks.

“You know, Horford’s a big guy – 6-10, 6-11 probably – and we’ve played against each other a lot of times,” Antetokounmpo said. “He knows my moves, and it’s easier when you can send me one way and you know the help’s coming the other way. So I think overall they did a great job guarding me, and especially Horford sending me the way that the help was.”

Eighteen hours later and I’m still in disbelief. It’s one thing for the Bucks secondary players to disappear (ahem, I’ve been saying this for weeks/months), but it’s another level when the unstoppable force is stopped.

Giannis’ postgame body language was pretty bad. He was shaken. He was in disbelief.

Not only did the Celtics execute their defensive game plan to perfection, but Al Horford’s individual defense was also near perfect.

Giannis said if the Celtics continue to double, then he must kick the ball out to his teammates. Sounds simple, but the Celtics aren’t exactly telegraphing their moves (i.e. when they double and where the double team is coming from).

Don’t get caught up in the naysayers who claim the Celtics won’t be able to replicate this performance. For starters, they don’t have to. They can drop off and win by 6 instead of 22.

On Page 2, let’s talk about the officiating.

I guarantee someone on Milwaukee bitches about the officiating. They will complain about the contact on Giannis. And we’ll get Tony Brothers or Scott Foster in Game 2.

Budenholzer: "We didn't get many calls on drives."

Playoff basketball is physical – especially play in the paint. Giannis and Budenholzer shouldn’t expect to get the same calls they receive in the regular season.

You can bet your life there will be a tighter whistle in Game 2. The NBA always takes care of its stars.

And finally, Jaylen Brown gets the last laugh on an old teacher.

My teacher said she will look me up in the Cobb county jail in 5 years .. Wow

Jaylen Brown just confirmed to us he sent that tweet five years ago.

"Absolutely. When someone says something like that to you, you never forget it."

Nineteen points on 57% shooting against the league’s best defense.

Globe – Do it all Irving leads way for Celtics | Celtics have a message: don’t sleep on us