Game 3 had an appropriate ending following the Dallas Stars' diving 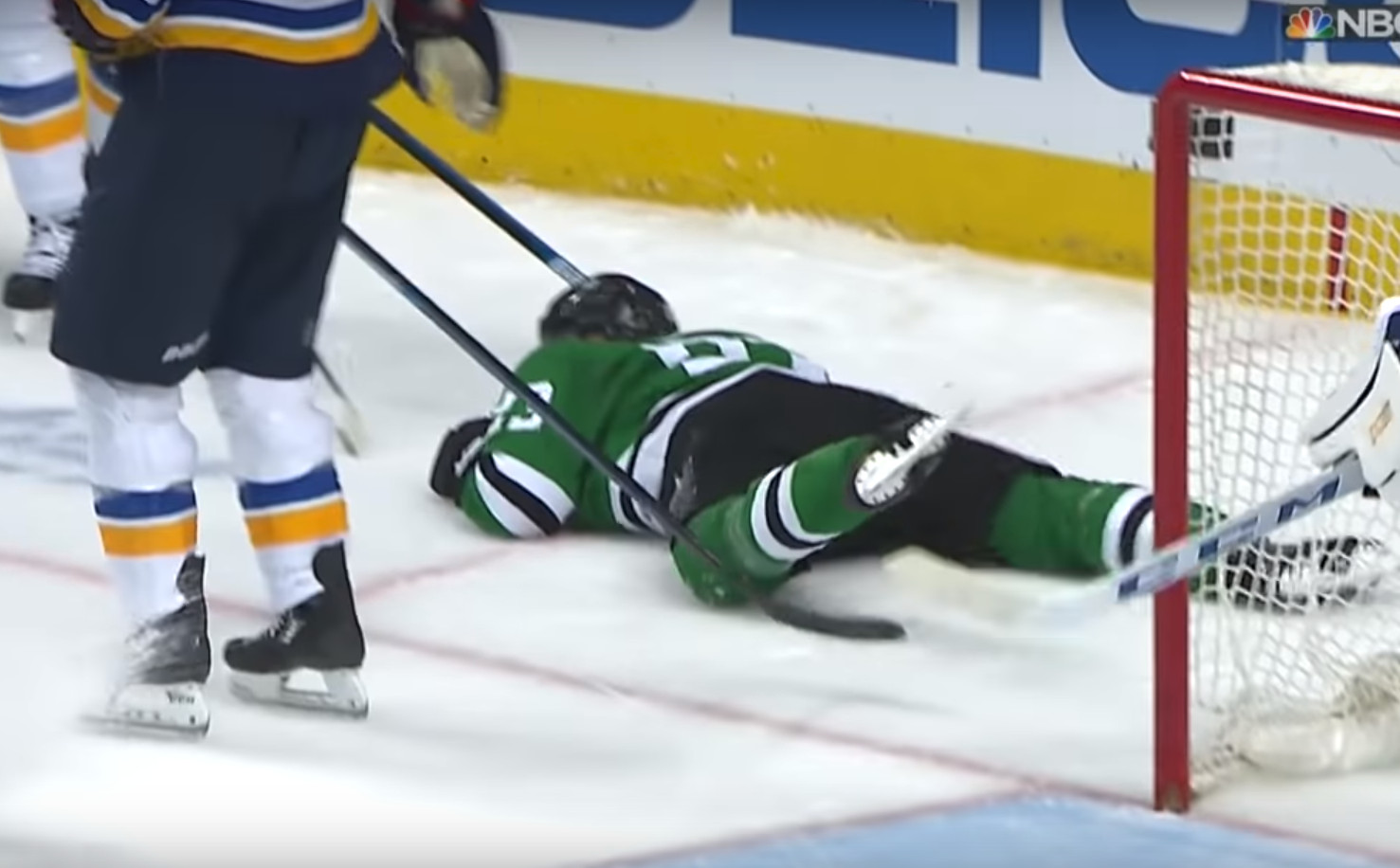 Game 3 had an appropriate ending following the Dallas Stars' diving

The St. Louis Blues are holding a 2-1 series lead against the Dallas Stars despite some sloppy play and some theatrical dives by their opponents. That last point, the embellishing, rose to the surface in a big embarrassing way in Game 3.

The first two games of the series saw Dallas goaltender Ben Bishop reacting dramatically whenever a Blues player approached his crease. That’s fairly typical with Bishop, so it wasn’t much of a surprise.

In Game 3, Esa Lindell took the theatrics to an entirely new and ridiculous level. He was caught diving three times while being checked by Robert Bortuzzo.

OK, maybe Bortuzzo should have stopped hitting him, but Lindell’s flops on the ice were just too much. You know it’s bad when neutral hockey outlets are laughing and calling out Lindell for being an embarrassment to the sport.

Esa Lindell sets the game back a few with this display of acting. This is embarrassing. pic.twitter.com/g5H45cTgBM

In addition to the Blues trying to figure out a way to win on the road while also trying to clean up some of their poor passing and clearing attempts, they also had to watch out for Dallas embellishing at any point of contact.

Thankfully, Lindell received a perfect dose of karma before Game 3 ended. Watch as he falls over Pat Maroon prior to the game-winning goal.

Lindell tumbling to the ice, for the fourth time in the game we might add, proved to be the difference. His fall freed up space for Maroon and allowed enough time for him to roof the puck over Bishop. Even if Maroon did knock Lindell down, his flops earlier in the game made the officials look the other way.

It was a fitting end.