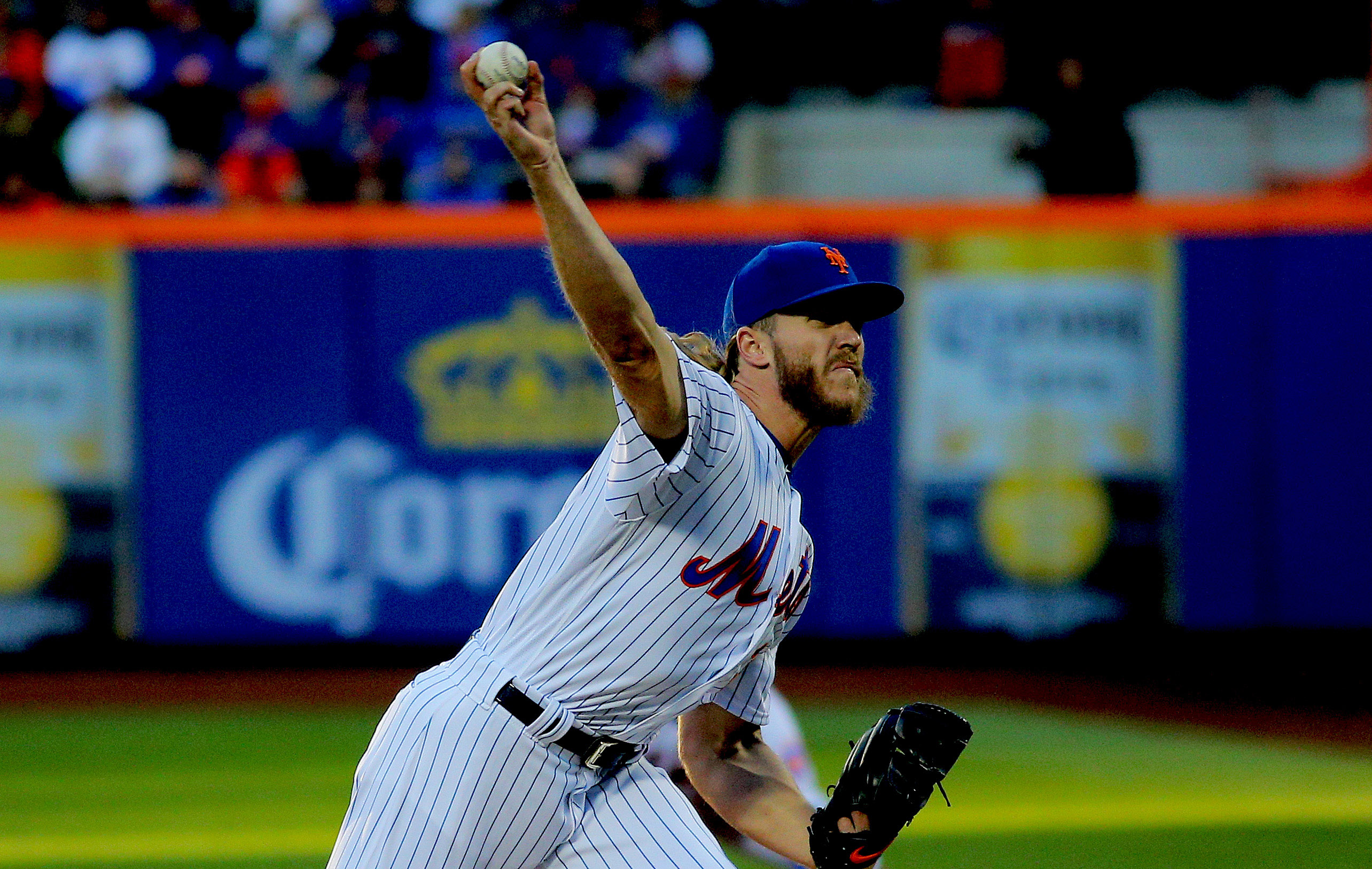 Mets pitcher Noah Syndergaard looks nothing like the dominant hurler we saw on the mound last season.

Syndergaard’s ERA has skyrocketed to 6.35 (up from 3.03 last season), and he doesn’t have all that many more strikeouts (39) than earned runs (24). Not only that, he’s given up three home runs in the last three games, which is surprising.

Apparently, though, he’s been tinkering with his mechanics a bit, specifically to deal with runners on base. He appears to believe that’s why he’s struggled so much thus far this season.

“I don’t feel super-comfortable with my mechanics with runners on, basically,” Syndergaard said, via Ken Davidoff of the New York Post. “But it’s just all about getting good repetitions in between my starts, and that’s what I’ve been working on, because I feel like I’ve been doing certain body patterns my entire life, and I feel like I’ve seen something that needs to change over the last couple of years in order for me to become better.

“It’s just hard to overcome those neurological patterns of pitching that I’ve had my whole life. It’s a work in progress. I’m still confident in overcoming this. Just kind of correcting seven or eight years of doing something that I’d like to change.”

Old habits die hard, so Syndergaard will need to find a way to break them — and soon.