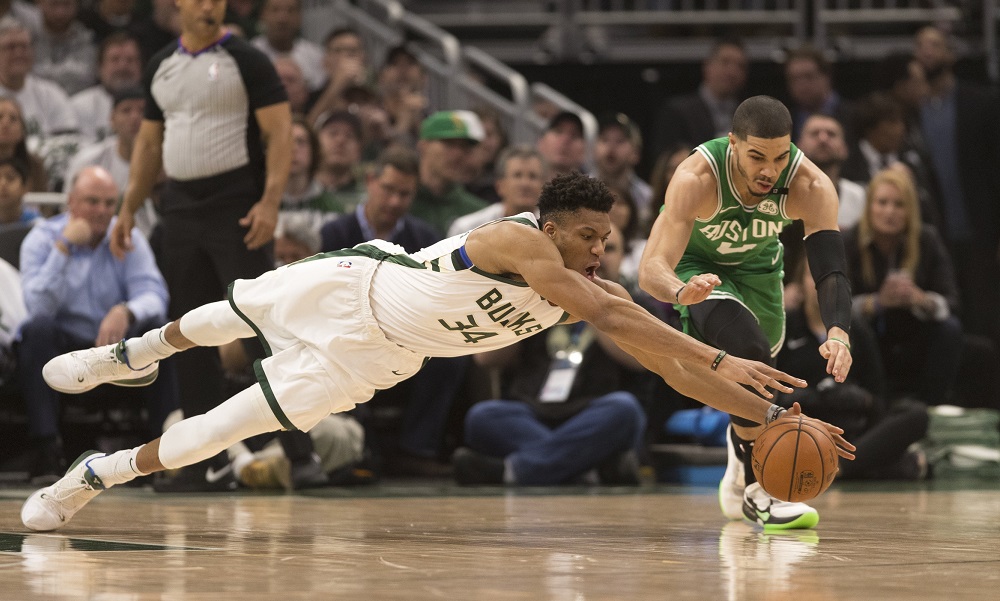 Did anyone not see this coming? The Milwaukee Bucks simply could not afford to lose the first two games at home in this series. They were the desperate team, and the Celtics failed to bring the killer instinct that’s needed to beat a 60-win team twice on the road in a playoff atmosphere.

The Celtics held it together early, trailing by just 59-55 at halftime, despite getting nothing from Kyrie Irving and Jayson Tatum. But the wheels fell off in the third quarter, in which the Celtics resembled their regular-season selves and were outscored, 39-18.

The turning point was a 12-0 run in the middle of the third that gave the Bucks a 15-point lead at 86-71. The run was marked by a bunch of Boston turnovers and some terrible shot selection, including several unnecessary early-shot-clock threes. You could sense the game slipping away. The Celtics finally scored on an Aron Baynes putback, but then the Bucks racked up the next 16 points, extending into the fourth quarter, to lead 102-73. In total, that was a 28-2 (!) barrage, and soon the Timelord was getting playoff minutes.

The Celtics went with the same starting lineup as in Game 1, with Marcus Morris again in for Baynes, who did play despite his sore ankle. Nikola Mirotic replaced Sterling Brown in the Bucks’ starting five.

Jaylen Brown continued to be aggressive and finished with 16 points.

Gordon Hayward has been great lately, but not tonight. He scored just 3 points.

Khris Middleton was ridiculous, shooting 10-18 and making a career best 7-10 threes for 28 points.

Giannis Antetokounmpo had a game-high 29 points, largely due to 13-18 at the free throw line. Everyone expected him to be ultra-aggressive tonight after a poor showing Sunday, and he forced the refs to put him on the line.

Eric Bledsoe finally played well in a playoff game against Boston. He had 21 points and 5 assists.

It must be nice to know you can get away with this.

Are you kidding me, Jaylen? pic.twitter.com/kFzKD879m9

Spectacular setup by Tatum, a pass we’ve never seen from him before. Lopez bit on the drive to leave Horford wide open.

Al can dunk, too.

Who you calling old man? 🤔 pic.twitter.com/EgUjY3L7h9