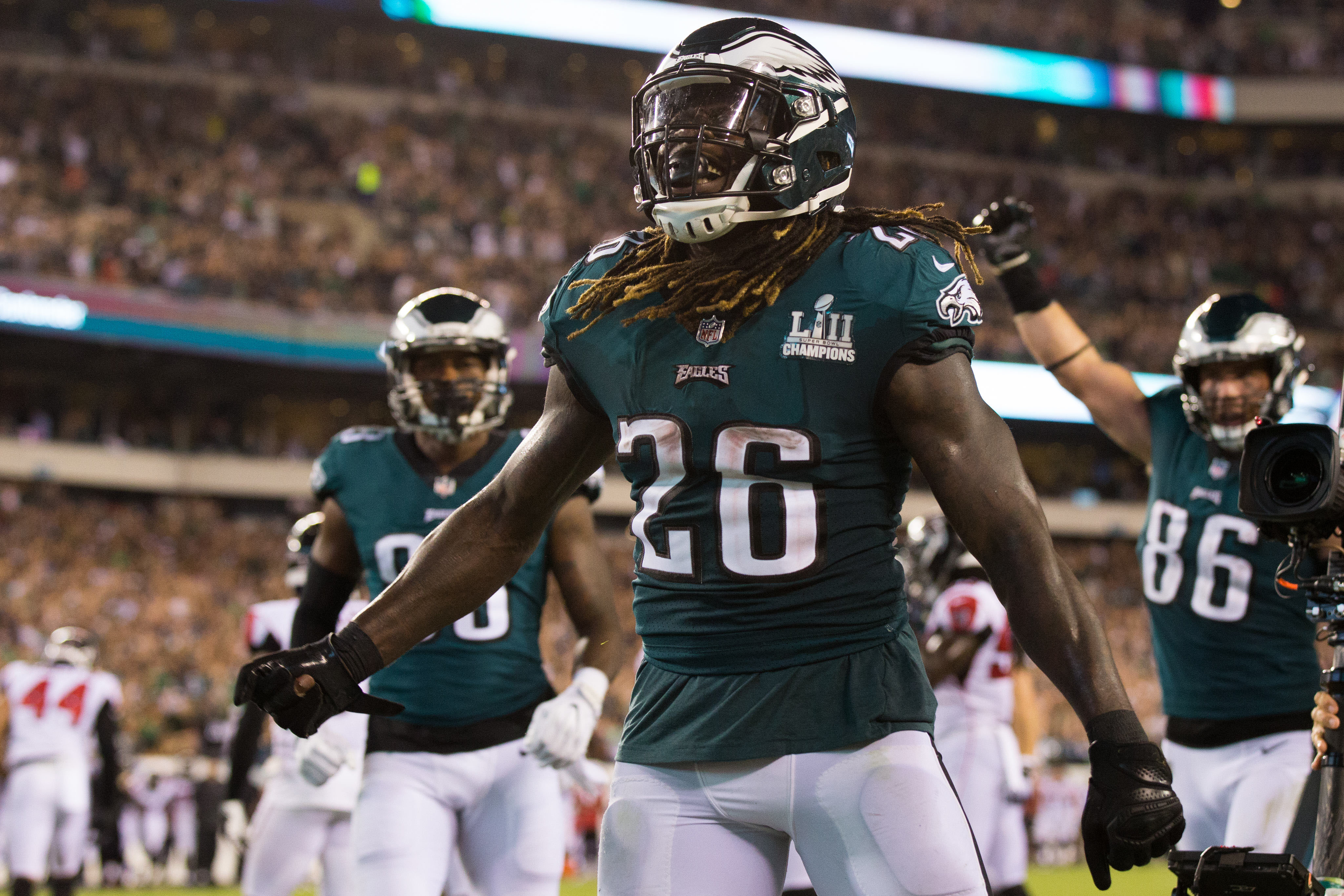 The Oakland Raiders lost a veteran backup with Isaiah Crowell tearing his Achilles. Which available running back could they sign?

The start to a new stint hasn’t been great for Oakland Raiders new running back, Isaiah Crowell. During offseason workouts for the 2019 NFL Season, the veteran running back ended up going down with a torn Achilles. Now, he will miss the entire season, and probably won’t end up playing for the Raiders at all. Despite drafting a running back recently, the loss of Crowell is still a tough one for Oakland.

Now, the Raiders could potentially be on the hunt for a replacement soon. With Jacobs being a bit of a question mark right now, the Raiders will likely be in the market for a free agent running back. Although most of the young guys found their new destinations, the Raiders can’t really go wrong with an experienced veteran. Right now, their depth chart beyond Crowell is Jalen Richard and DeAndre Washington.

Being that there are a few free agent options, it wouldn’t be a shock to see the Raiders explore the market, and get a guy for a low price. Which five running backs could the Raiders sign via free agency for the year?

The Raiders pretty much made it clear that the Marshawn Lynch era was over recently. Once they came to the realization that they could draft a younger guy in the first round, they didn’t find a reason why bringing Lynch back would make sense. However, with Crowell going down, maybe Lynch could come in and be the veteran backup. While the chances of this happening are a bit slim since the situation between Lynch and Oakland is somewhat awkward, it’s really one of the better options since he already knows the team and offense.

The former Detroit Lions’ running back had a disappointing season in 2018. He started out as RB1 with the Lions but eventually took a backseat to their rookie, Kerryon Johnson. At age 32, Blount isn’t precisely a workhorse back, but splitting carries with Jacobs wouldn’t be a bad idea. Blount is a bruiser-type runner anyway, so he shouldn’t get a bulk of the carries. But if he is getting a handful, he could wear the defense down. Blount is good for the locker room as long as the environment is right. He could be a reliable mentor for a young Jacobs.

Perhaps the best running back still available. Last season, Jay Ajayi was given the keys to the Philadelphia Eagles backfield but ended up going down with a torn ACL early on. As Ajayi is still rehabbing his bad knee, he’s having issues finding a new home. Philly went out and replaced him with not one, but two guys and the Indianapolis Colts were the only other team showing interest, and they already signed somebody. Ajayi has worked in a committee before, and he fared well. It wouldn’t be a bad idea for Oakland to give him a one-year, prove-it type deal.

Similar to the Lynch situation, the Raiders can bring back some familiarity. Doug Martin is still sitting on the free agency market waiting for his next and potentially last chance to perform in the NFL. Last year, Martin ended up starting in nine games for the Raiders. He rushed for a total of 723 yards, and four touchdowns. He didn’t perform over the top, but he was a reliable backup, which is exactly what Oakland needs.

Signing a 36-year-old with two years worth of significant injuries isn’t exactly the best idea, but we are discussing Jon Gruden’s team after all. For whatever reason, Gruden loves his OG’s no matter what. Sproles might not be as consistent as he once was, but he’s still a dangerous weapon when healthy. There’s a chance he retires, but he hasn’t confirmed anything yet. Being that Sproles lives out in California already in the offseason, maybe he would come back for a year to sign with the Raiders since he would stay on the West Coast?